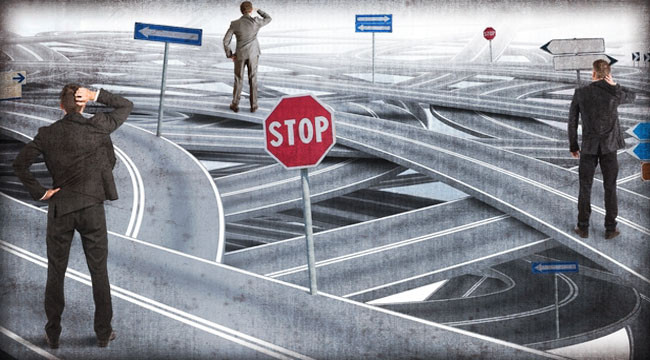 Obamacare is the Epitome of Mises' "Planned Chaos"

It is such a kick to read the transcripts from the White House’s health care “war room” in the first days of release. What a meltdown, and you get to watch it all in real-time.

I’m not trying to be cruel to the kindly despots who have wrecked so much of what worked in the existing system, only to replace it with an unworkable central plan that’s robbing people all over the country.

But still, there is justice in this humiliation.

Somehow, the Republicans forced the Obama administration to cough up the details, and it is from these transcripts that we discovered the truth about HealthCare.gov’s mysterious first day. Only six people enrolled. That’s six of 7 million people eligible for the great new dawn for “affordable” health care.

It’s no wonder the Obama administration tried to hide the numbers from you. But in a digital age, even the White House can’t keep this stuff secret anymore. Every aspect of reality is logged in real-time.

It’s a double-edged sword. True enough, they are still logging our lives, which is tremendously annoying. But at the same time, they are also logging their own failures. In real-time, nonetheless. And this provides unprecedented insight into many great disasters of our time.

Here is a screenshot I pulled from one such transcript:

If you’re critical of the government, this is a beautiful failure.

Supporters of the president and the health care law in his name see this as a small hiccup. To be sure, people say that all of these problems will be fixed. That the problems with creating an account are mere technical issues. Top technicians from the best companies have all been hired by the government to make it right.

In other words, it’s only a matter of time. Maybe.

The government-backed American health care system will become ever more like the automobiles in Cuba, a living monument to what once was.

But there is a more substantive issue here. The real question is how an epic failure on this scale could have happened in the first place. The Affordable Care Act is the fulfillment of decades of planning on the part of policy professionals. They had a half billion dollars to work with. The so-called “smartest guys in the room” had every incentive to make this rollout work.

So why was it such a mess? This is where things become interesting. Government doesn’t have customers that it serves. It has only subjects that obey. It has no profit and loss statements. It is not limited in its operations by the demand that it behave rationally like other businesses. It can spend what it wants based on political priorities. It has neither the incentive nor the means to anticipate changes in the system or to deal with the uncertainties of the future.

For all these reasons, it really doesn’t matter whether the website is fixed or not. The website is a metaphor for a program that cannot work. If it is fixed, it will be frozen in time, unable to adapt to change, much less improve as technology improves.

The harshest critics are exactly right. The government-backed American health care system will become ever more like the automobiles in Cuba, a living monument to what once was.

Just this weekend, I heard a fascinating lecture by professor Alexei Marcoux of Loyola University in Chicago. He provided some real insight into the mindset that led to the creation of this program. Architects of the ACA expected that a government-made system would work better than the market could work.

It all began about 100 years ago. The government’s first intervention in the medical industry created a regulatory agency for medical schools. And after that, all bets were off. Government was in charge, using “science” to improve the world you live in. The actual effect — and probably the real intent — was to limit the number of people who could call themselves physicians. This, in turn, drove up the price for their services.

How is it that society went hundreds of years without any government intervention in the medical marketplace and then it suddenly came upon us with very little public objection or even awareness?

Professor Marcoux explained in his lecture how the late 19th century saw a tremendous explosion in scientific knowledge in every area. It came with rising prosperity, increased funding for research, and new creativity inspired by commercial ambitions.

It was a natural and normal assumption that every other field of study could benefit from the application of scientific methods and insights. So, therefore, why not the management of human affairs through government? Notice that at the same time we got the beginnings of medical intervention, we also got the income tax (manage wealth!), the Fed (manage money!), antitrust policy (only government knows how big or small business must be), the origins of the welfare state, spreading intervention in education and labor, and so much else.

The pushers of Obamacare had years to plan. Everything looked right on paper. No expense was spared. There were thousands of meetings, a foolproof plan, mountains of numbers to back it all up. Then finally you press the button. The whole thing explodes — and not just the website. The risk pools will not lower premiums. The mandates will not cause people to experience health-insurance bliss. The price controls will not control costs. The new tools for access will not lead to greater access.

Science is glorious. But government is not science, and society cannot be managed scientifically from the center. Ludwig von Mises had a phrase he used to describe every attempt: “planned chaos.” There is a plan, and the experts are in charge with all resources and conviction. But the results are crazy, random, irrational, confusing, and chaotic.

It would be the greatest legacy of the Affordable Care Act if the government finally understands this message. Then we could get back to the old liberal conviction that individuals always and everywhere do a better job in managing their lives. Better than the government, anyway.

P.S. One news article I came across claimed that roughly 3.5 million Americans have lost their insurance in the months leading up to the Affordable Care Act’s big rollout. And this is only the beginning. By the time the government realizes that the whole program is one giant colossal failure, we’ll be in too deep. The lesson? You can’t depend on the government. But you can make sure you’re prepared regardless of what’s thrown your way. Sign up for the Laissez Faire Today email edition, and start learning some real ways to live a freer, happier life outside the prying eyes of the government.

Real Estate investment is a particularly tricky. Should you passively invest or be more active as a landlord? Let’s jump into the discussion!