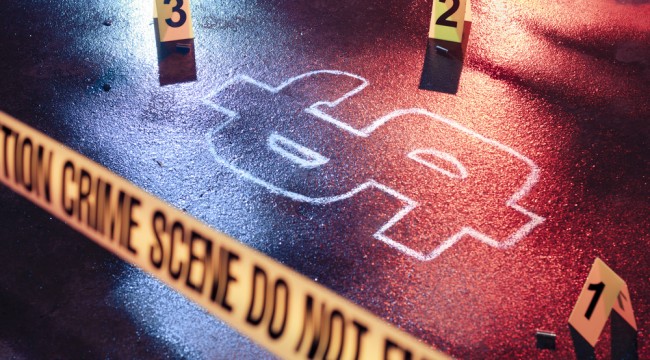 “Nowadays to be intelligible is to be found out.” — Oscar Wilde

In the wacky world of American politics, if you as an employer have a religious objection to paying for your employees’ contraceptives, it is you who is contemptuous of religious freedom.

As the New York Times editorial board lectured a judge who thinks otherwise, “the threat to religious liberty comes from employers trying to impose their religious views on workers.”

You read that correctly. Refusing to pay for other people’s birth-control products — more specifically, opposing a government mandate to pay — is equivalent to imposing your religious views.

The Patient Protection and Affordable Care Act (Obamacare) mandates not only that employers provide comprehensive medical insurance to their full-time employees, but also that the coverage include contraceptives — at no cost to employees. Because contraceptives are not found free in nature and insurance companies are for-profit businesses, not charitable foundations, this means that the explicit expense must be borne by employers.

On what grounds can the government justly require employers to pay for their employees’ birth control services? There are none.

This raises a host of issues. For example, if employers have to pay up front for their employees’ contraceptives, the money will likely be subtracted from some other form of compensation, perhaps other non-cash benefits. So employees will pay after all; they just won’t realize it.

Moreover, the use of contraceptives is not an insurable event because it is a volitional action. Insurance was devised to provide financial protection against unlikely but costly happenings, such as major disease, fire, and storms. It was not supposed to be a way to get other people to pay for the routine things you want to buy.

Coverage for contraceptives is like fire insurance that covers arson committed by the policyholder. It’s the kind of thing that only government can bring into existence — by threatening those who fail to comply. The corruption of language is just one of many offenses here. (See my “Contraception: Insuring the Uninsurable.”)

As we know, some employers have a religious objection to contraception and therefore believe that their freedom of conscience is violated by the mandate that compels them to pay for their employees’ birth-control products. (Must I say that the validity of their moral views on contraception is irrelevant as far as justice is concerned?)

When this objection was raised, the Obama administration came up with a confusing — and in the end, inconsequential – “accommodation” for some religious organizations, but it fell far short of recognizing the right of all employers not to be forced to pay for other people’s contraception. (Of course, much more than this should have been challenged.)

Now, in the last two weeks, the mandate has taken a hit in the courts. A U.S. district judge in Brooklyn issued an injunction in favor of affiliates of the Roman Catholic Diocese of New York. Then Supreme Court Justice Sonia Sotomayor temporarily exempted a Colorado order of nuns from the mandate to keep it from being hit with big fines.

These and similar cases filed by for-profit companies will end up in the Supreme Court, and there’s no telling what will happen. Let’s recall that the court has already ruled that the government can force each of us to buy medical insurance as long as the penalty for not doing so is called a tax.

We need to hold the mandate’s advocates responsible for their base rhetoric. It is the government’s decree — not the employers who object to it — that violates religious liberty. Those who favor the mandate say repeatedly that employers who would refuse to pay for their employees’ contraceptives because of religious scruples would be denying women access to contraception.

That is obviously a lie, sheer demagogy. No woman would be prohibited from obtaining contraceptive products because her employer refused to pay. Even if contraception were prohibitively expensive — which it is not — merely abstaining from paying would not constitute denial of access.

People who make such demagogic statements know the difference between denying access and merely choosing not to foot the bill, but they hope we won’t see the distinction. In other words, they insult our intelligence. (The news media are accomplices in this commission of base rhetoric. I’d like to know of one case in which a reporter asked Cecile Richards, president of Planned Parenthood, to defend her equation of the refusal to pay with the violation of the rights women.)

Next the mandate advocates throw up a smokescreen of irrelevancies, such as the benefits and widespread use of contraception. I call this irrelevant not because the claims are false, but because even if true, they do not justify compelling anyone to pay for someone else’s contraception.

That is the only point at issue. On what grounds can the government justly require employers to pay for their employees’ birth control services? There are none.

Finally, proponents of the mandate warn that if religious employers can opt out of paying for contraception, what’s to keep any employer from claiming a conscientious objection to all Obamacare (or other) mandates?

Nothing, I hope. We should welcome it. Religious people who oppose contraception are not the only people with rights against the government. No one should be subjected to government mandates. The only thing any of us can be legitimately required to do is abstain from initiating force and fraud against others. Enforceable decrees that go beyond that simple prohibition violate our rights and have no place in a civil society.

Ed. Note: Beyond the debate over contraception that Mr. Richman discusses above, the entire Obamacare legislation threatens to hold many citizens hostage. Luckily there is a way to legally “opt-out” of it. Sign up for the FREE Laissez Faire Today email edition, right here, to gain access to the free report that shows you how.