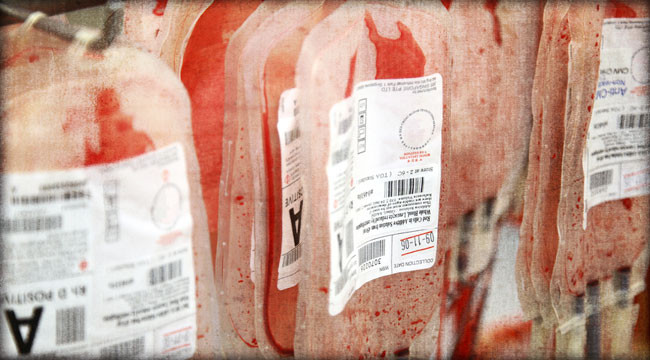 Obamacare: A Parasite Intent on Killing Its Host

[This article originally appeared in The Daily Reckoning on September 25, 2013]

As the health care debate rages on, there is one reality that even the proponents of this hostile takeover of health care by government cannot ignore — and that is money. The government simply does not have the money for a new, expansive, public health care plan.

The country is in a deep recession. The last thing we need is for government to increase and expand taxes to pay for another damaging, wasteful program.

There are limits to how much government can tax before it kills the host.

Foreigners are becoming less enthusiastic about buying our debt, and creating another open-ended welfare program when we cannot pay for what is already in place will not help. Champions of socialized medicine want to tax the rich, tax businesses that already cannot afford to provide health plans to employees and tax people who don’t want to participate in the government’s scheme by buying an approved health care plan. Presumably, all these taxes are to induce compliance. This is not freedom, nor will it improve health care.

There are limits to how much government can tax before it kills the host. Even worse, when government attempts to subsidize prices, it has the net effect of inflating them instead. The economic reality is that you cannot distort natural market pressures without unintended consequences. Market forces would drive prices down. Government meddling negates these pressures, adds regulatory compliance costs and layers of bureaucracy and, in the end, drives prices up.

The nonpartisan CBO estimates that the health care plan will cost almost a trillion dollars over the next 10 years. But government crystal balls always massively underestimate costs. It is not hard to imagine the final cost being two or three times the estimates, even though the estimates are bad enough.

The result of Medicaid and Medicare price controls and regulatory burden has been to drive more doctors out of the system — making it more difficult for the poor and the elderly to receive quality care! Seemingly, there are no failed government programs, only underfunded ones. If we refuse to acknowledge common-sense economics, the prescription will always be the same: more government.

Make no mistake, government control and micromanagement of health care will hurt, not help, health care in this country. However, if for a moment, we allowed the assumption that it really would accomplish all they claim, paying for it would still plunge the country into poverty. This solves nothing. The government, like any household struggling with bills to pay, should prioritize its budget.

If the administration is serious about supporting health care without contributing to our skyrocketing deficits, they should fulfill promises to reduce our overseas commitments and use some of those savings to take care of Americans at home, instead of killing foreigners abroad.

The leadership in Washington persists in a fantasy world of unlimited money to spend on unlimited programs and wars to garner unlimited control. But there is a fast-approaching limit to our ability to borrow, steal and print. Acknowledging this reality is not mean-spirited or cruel. On the contrary, it could be the only thing that saves us from complete and total economic meltdown.

Democracy is majority rule at the expense of the minority. Our system has certain democratic elements, but the Founders never mentioned democracy in the Constitution, the Bill of Rights or the Declaration of Independence. In fact, our most important protections are decidedly undemocratic.

For example, the First Amendment protects free speech. It doesn’t — or shouldn’t — matter if that speech is abhorrent to 51% or even 99% of the people. Speech is not subject to majority approval. Under our republican form of government, the individual, the smallest of minorities, is protected from the mob.

Sadly, the Constitution and its protections are respected less and less as we have quietly allowed our constitutional republic to devolve into a militarist, corporatist social democracy. Laws are broken, quietly changed and ignored when inconvenient to those in power, while others in positions to check and balance do nothing. The protections the Founders put in place are more and more just an illusion.

This is why increasing importance is placed on the beliefs and views of the president. The very narrow limitations on government power are clearly laid out in Article 1, Section 8 of the Constitution. Nowhere is there any reference to being able to force Americans to buy health insurance or face a tax or penalty, for example. Yet this power has been claimed by the executive and astonishingly affirmed by Congress and the Supreme Court.

Because we are a constitutional republic, the mere popularity of a policy should not matter. If it is in clear violation of the limits of government and the people still want it, a constitutional amendment is the only appropriate way to proceed. However, rather than going through this arduous process, the Constitution was, in effect, ignored, and the insurance mandate was allowed anyway.

Our system has certain democratic elements, but… our most important protections are decidedly undemocratic.

This demonstrates how there is now a great deal of unhindered flexibility in the Oval Office to impose personal views and preferences on the country, so long as 51% of the people can be convinced to vote a certain way. The other 49%, on the other hand, have much to be angry about and protest under this system. We should not tolerate the fact that we have become a nation ruled by men, their whims and the mood of the day, and not laws.

It cannot be emphasized enough that we are a republic, not a democracy and, as such, we should insist that the framework of the Constitution be respected and boundaries set by law are not crossed by our leaders. These legal limitations on government assure that other men do not impose their will over the individual, but rather, the individual is able to govern himself. When government is restrained, liberty thrives.

Ed. Note: In today’s issue of The Daily Reckoning email edition, we offer more insight on the likely effects of Obamacare and the market movements that are likely to result from it. Get the full story by signing up for a FREE subscription to The Daily Reckoning, right here.

[This essay is a compilation of Dr. Paul’s writings during his time in Congress.]