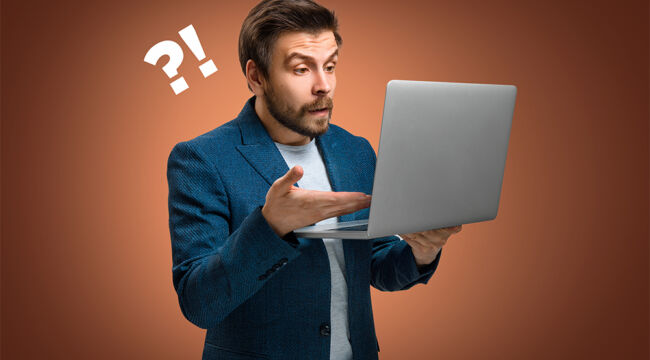 The stairs up… and the elevator down.

Here you have the stock market’s general rate of travel, depending upon its direction of travel.

The stock market has lately made tremendous speed — downward.

It has been imprisoned within a plunging elevator car, stark with terror, abandoned to the mercies of merciless gravity.

The Dow Jones Industrial Average ascended the staircase to 36,952 by Jan. 5 — just prior to abandoning it for mechanical, accelerated transport.

The doors proceeded to slam closed… a fraying cable relented… and the index began careening earthward.

It was careening nearly another 1,000 points today… until very late in the afternoon.

The Dow Jones then began to rise and rise — as if under magical influence, as if by some occult magnetism, as if by conjury.

The S&P 500 and Nasdaq Composite have been jammed into the identical elevator, enduring identical horrors.

Yet the same wizardry that worked upon the Dow Jones late in the day pulled upon the S&P.

The index scratched out a 12-point gain by closing whistle.

The Nasdaq plunged over 2,000 points across the same span. It has in fact gone freefalling into “correction” — defined officially as a 10% falling from recent peaks.

But precisely like the other major indexes, the Nasdaq got a good hauling up today, and at the identical time.

It closed trading with an 86-point gain.

Investors began Monday’s session dumping technology shares as they have all month on fears the Federal Reserve would soon aggressively tighten policy. But those shares rebounded as the day went on with Facebook-parent Meta, Amazon and Microsoft closing higher…

The Dow Jones Industrial Average fell as much as 1,000 points, before coming back to close about 100 points higher. The S&P 500 was off by nearly 4% at its session low but managed to eke out a small gain. The Nasdaq Composite rose 0.6% after falling as much as 4.9%.

Though some areas of the market considered more expensive or speculative began to struggle in November, the broader market took a big step back during the first week of January following increasing hints from the Federal Reserve that the central bank will take aggressive action to slow down the jump in consumer prices…

The central bank has signaled that it plans to stop its asset purchases, hike rates and possibly reduce its balance sheet, starting in March. Government bond yields have surged in preparation for the rate increases, with the U.S. 10-year Treasury rising more than 40 basis points this year alone…

Did Investors Simply “Buy the Dip”?

Yet why did Meta, Amazon and Microsoft close higher after losing to gravity much of the day? Why the late jumps? Why the nearly 1,100-point swing of the Dow Jones?

We have rarely witnessed such a violent market schizophrenia within such a tight stretch.

Did the fears besieging markets for the past weeks scatter suddenly late this afternoon?

We can discern little reason why they would.

Experts would have us believe investors simply bought “the dip” late this afternoon. JPMorgan’s Marko Kolanovic:

The recent pullback in risk assets appears overdone, and a combination of technical indicators approaching oversold territory and sentiment turning bearish suggest we could be in the final stages of this correction.

Just so. Yet this lovely theory leaves us far from convinced.

Did investors discover the technical indicators only late in the day? We hazard markets were “oversold” throughout the morning and much of the afternoon.

So then, what was the source of enchanting white magic? Why did stocks abruptly reverse today’s vicious plummet?

Yet perhaps Mr. Kolanovic gives another clue, an unintentioned clue:

While the market struggles to digest the rotation forced on it by rising rates… in a worst-case scenario could see a return of the “Fed put.”

Perhaps markets decided the Federal Reserve will ride heroically to their rescue. It has proven a safe wager in the past.

Perhaps, even, someone within the Federal Reserve whispered into someone’s ear that its asset purchases will continue — that it will repair the elevator before the plummets continue.

We have no answer of course. Perhaps — unlikely though it is — the experts are correct.

We extended a line to our colleague Dave Gonigam of The 5 Min. Forecast late this afternoon. Perhaps his spies had reported rumors, we wondered. They did not.

Mr. Gonigam could only raise his arms up into the air… and sigh: “Nothing is rational anymore.”

We have arrived at the identical conclusion. Nothing is rational anymore — nor has anything been rational for years and years.

Twisting the Signs on the Road to Price Discovery

For years the Federal Reserve twisted the road signs on the road to price discovery. East is west, west is east. North is south and south is north.

Or is north west? Is west south? No one can say.

The Federal Reserve has blocked off every southbound lane … and detoured all traffic into one single lane heading north.

Or to return to our elevator analogy: The Federal Reserve has kept the elevator car ranging between the upper floors.

Yet it now has a burgeoning inflation on its hands. It must tighten monetary policy in order to scotch it.

Yet those trapped in the elevator car require monetary easiness.

The one question then remains: Will the Federal Reserve let the elevator go crashing to the ground?