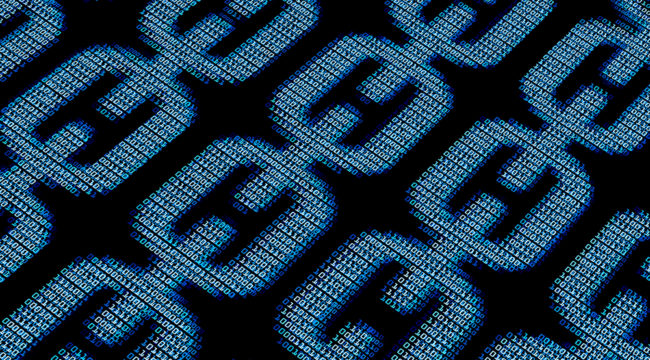 With everything that’s been happening with the stock market lately, people have forgotten about last year’s biggest investment story:

A lot of bad news has come to the bitcoin ecosphere. China, for example, recently ordered its banks to stop providing financial services for any cryptocurrency-related transactions.

This is important because customers wishing to buy or sell cryptocurrencies have to start by funding their crypto accounts from conventional banking sources. Also, when customers are ready to cash out of cryptos, they need to move their account balances back to traditional banks.

Crypto exchanges also need banking services to pay vendors, employees, electricity companies and others who want to get paid in yuan rather than crypto.

Those transactions will no longer be possible.

This is all part of a broader crackdown on cryptos by China, which sees them as a threat to the People’s Bank of China’s control of the money supply and capital account.

Some crypto enthusiasts shrugged off the news and said, in effect, “No big deal, the business will just move to Taiwan.”

The problem is other jurisdictions are also taking a hard look. South Korea has been considering a ban on cryptos, although there’s a popular backlash to this because so many everyday South Korean citizens bought into the hype last December and bet their life’s savings on bitcoin at prices of $15,000 per coin or higher.

Many of them are now facing financial ruin and want the government to prop up bitcoin so they can recover their losses. Recently, Germany and the IMF have issued calls for global regulation of bitcoin.

This is likely to be a topic of the next G-20 meeting in Argentina. The bottom line is jurisdictions around the world see that bitcoin in particular and many cryptos more broadly are a threat to independent monetary policy and something that can damage their citizens and possibly their economies. The noose is tightening on bitcoin.

But it’s not just governments that have concerns about cryptocurrencies.

Goldman’s assessment is mostly right. All of the cryptocurrencies that rely on clunky “proof of work” to validate their blockchains, such as bitcoin, are heading for the scrap heap.

They are too slow, too cumbersome and too expensive to compete with Visa, MasterCard and PayPal in the payments space. The only use case for bitcoin is to support criminal transactions, and even criminals are moving to monero and spectrecoin because they have better security and privacy features.

The same criticism about slow processing times and other inefficiencies also applies to popular cryptocoins such as ether and ripple.

Having said all that, some coins will survive.

The survivors will have two characteristics. The first is an efficient governance scheme for blockchain validation. The second is a use case supported by real enterprises or governments such as payment remittances or international bank settlements.

And Goldman admits that blockchain technology itself has a future, but caution is indicated because blockchain processing speeds are still not as fast as those of existing systems.

I myself have argued that blockchain technology has a bright future, even though I believe bitcoin does not.

The bottom line is don’t invest in cryptocoins (with a few exceptions), but invest in blockchain technology instead.