Financial journalist and bestselling author, Nomi Prins disparages on what the future of the global financial system will look like in what she has defined as the Artisanal Money Era.  In attendance at the Library at the Royal College of Surgeons in London, together with affiliates at Agora Financial’s UK office, she unleashed in depth analysis on central bank policy and what it means for the U.S, Europe and the global financial environment.

While in discussion at the beginning of December she started out by noting, “As long as these the central bank leaders are still in their positions the same or similar policies will continue. They really don’t know what else to do. To abandon them now, particularly when they have not been working, would be an admission.  There will also still be an evolution of politicians that will not want to change from the status quo.”

The author is a former Wall Street insider who worked in senior levels at some of the largest and most powerful banks in the world including Goldman Sachs, Bear Sterns and Lehman Brothers.  She has authored investigative works including her most recent book All the Presidents’ Bankers.  The economist and author is currently working on her latest book, Artisans of Money, estimated to be out later this year.

With former members of UK parliament in attendance in addition to a wide number of financial industry guests she noted, “These alliances have not just political implications, but trade and economic ones.  The private banks, in particular the U.S private banks and to a lesser but still important extent the EU banks, were the catalyst for the global financial crisis.  Many of them are now being subsidized by the central banks and the new world we are in right now.”

Prins then went on to pointedly remark, “Why is this all happening? We had a financial crisis.  It was scary for a lot of reasons. It was started in the United States. The biggest six banks in the United States have not really suffered in the wake of this financial crisis.  The biggest six banks were at the core of the financial crisis are now 86% bigger in terms of assets, they are 43% bigger in terms of deposits. They have more tract in the derivatives market. They have more tract terms of the trading assets market. They are simply more powerful than they were before. They are continuing to be batted with settlements for crimes ranging from mortgage related crimes (the crux of the crisis), to libor scandals, to rigging foreign exchange to scamming customers.  These crimes manifest in several ways, as we saw when Wells Fargo, one of the big six U.S banks, charged fees to its customers that they did not even have.”

Speaking on the artisanal money generation Prins’ said, “These banks have only been subsidized by, first our federal reserve and then internationally the cooperation of central banks – in a way that has never existed before.  In the wake of our crisis, when the Federal Reserve brought money down to zero, they created Artisanal Money.  It is not actually printing money.  It does not require physical activity.  It is the idea of creating money in all sorts of different ways to make its availability easy, its cost zero (or negative), of buying bonds (to continue to support government debt).  They have made a policy supporting government debt by moving it to the central banks – in terms of purchasing.  These central banks have created a whole dislocation of the nature of pricing in every single asset class.” 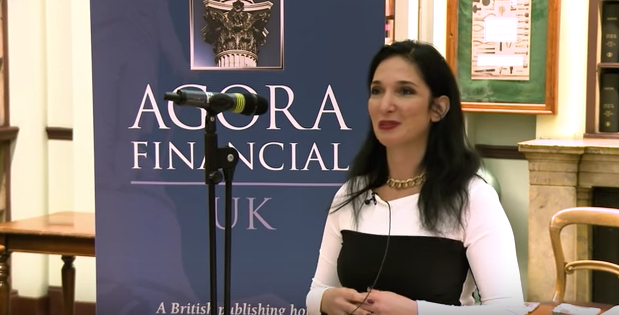 Through her analysis on this artisanal money policy Nomi Prins then noted that, “They have created an additional supply of money to go and find the most speculative places – whether that is the stock market, or whether that is junk bonds that now trade at the levels of high grade bonds.  These practices create risk around the world.  When the Federal Reserve decided to do this, which was a bipartisan in action, they decided to fund instead of fix what we saw collapse in the financial crisis.  What was then a crisis management solution has continued for 8 years and has now gone global.”

“All of the manifestations of behaviors by central banks, private banks and politicians have been reactionary to the 2008 crisis.  That has related to things that have occurred now.  This includes the vote for Trump, BREXIT, the Italian vote.  We have seen a shift in financial and political power from the west to the more of the east with an evolution of China as a superpower.  This will only continue in the future.”