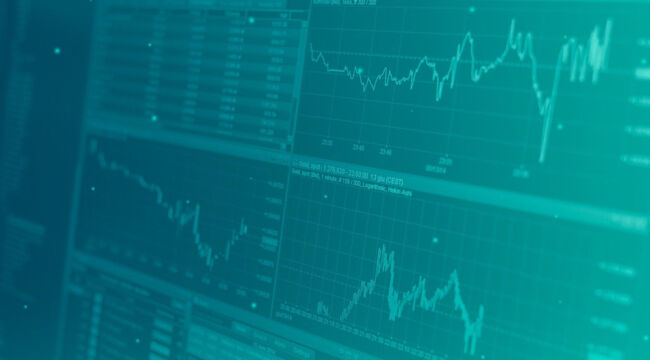 No Precedent in Our Lifetimes

The only reliable way to get a full sense of today’s economic dislocations is to get out and about and see what’s going on. Talk to merchants. Look at what’s available and what’s not. Hear from employees themselves about how they are handling price increases, shortages and customer anger.

I have three stories based on my weekend excursions.

The first concerns the wide eyes and ominous looks from a clerk behind the counter at a convenience store. I mentioned what struck me as higher prices in everything.

He explained that they waited a very long time to raise prices, partly because the durable products had already been priced in relation to cost.

But with products more difficult to get and shelves emptying, they needed to act. There is no formula on what to do. There is no price chart that comes from the government. You have to look at what you paid plus the time it took to arrive and make an assessment on what consumers are willing to shell out.

As a result of this rough calculation, they started adding $1 to most products. That includes candy that is sitting right there at the checkout counter. What was $1.25 is now $2.25.

The “Price Elasticity of Demand”

I asked how people are dealing with this. He said that most people still point do what they want, pay no attention to what is being charged, swipe the card and they are done. What economists call the “price elasticity of demand” curve is relatively flat for most products now.

This is because 1) people are not paying attention and 2) bank accounts are still flush with cash as a result of the helicopter money dropped on them over the last year.

My second story is not as interesting. I paid $4.60 per gallon for mid-grade gasoline. I’m looking at prices nationwide. They’re very high actually by national standards. The average is $3.60 but that includes California’s record highs and Texas’ national lows.

So yes, the station was seemingly ripping me off. But I paid it.

I’m not yet in the habit of shopping around for the cheapest possible gas, even though gas prices are up 45% year over year (in real terms they have been relatively stable through the decades).

In fact, most people in our lifetimes have not really had to do much of this price-comparison stuff. We’ve pretty much counted on stable money and predictable prices. That’s a culture and it is slow to break.

My concern now relates to the way prices are being handled by the sellers. We might be starting to see panic prices increase. This stems from the reality that most sellers have spent a full year or more in a state of denial. They had their product and knew their prices.

Now they look around and see hardship in getting products and the increasing costs of everything.

The third story is the most interesting one. It’s from the owner of a large Liquor Barn. I had noticed many missing products. Empty shelves. Clever approaches to positioning things here and there (actually I’ve seen this in many retail locations).

I got the owner to open up on his supply problems. There are certain types of big sellers that he hasn’t been able to obtain for three months. He hangs around in the aisles and tries to steer customers to other products but it is not easy. People know exactly what they want and they want it right now.

This Liquor Barn has been able easily to accommodate this for 35 years.

No more. It’s all changed. The owner talked to me about inflationary pressures. He said that years ago, he developed a good rule.

Whatever the going price for a Sam Adams six-pack of beer is equal to the hourly wage he would pay employees. This fits with an old intuition that a worker should be able to get a good six-pack for every hour of work. It’s not some law. It’s an intuition he developed after long experience.

So in the early days, a Sam Adams six-pack was $5. So too was the hourly wage he would pay new employees. Then it became $7 and so too did the wages rise. Then it was $10 that he had to pay in order to attract workers. That was only last year.

Today, he says that he has to pay $15 an hour to attract and keep workers. He also feels that this is rising along with all other costs, including rent and shipping.

But he is looking now at the Sam Adams price: $10 for a six-pack. He predicted right there on the spot that within six months, that price will rise to $15. Can you even imagine? That’s the point at which people start looking at discount brands.

In fact, that is already happening across the board, as people are leaving retail outlets for thrift stores and fancy-pants grocery stores for discounted shops.

Housing is facing the pressure of course, and rents in particular, which very much hurts the working poor and really anyone who is on the go too much to put down roots in the form of taking on mortgage debt (or maybe some people would just rather stay out of debt!). Rents are up 14% nationwide, but this masks huge changes that have come with massive demographic shifts.

I know that we’ve all heard that Florida, which has stayed open, is the new hotspot. It turns out that five of the 15 highest increases in a nationwide survey are from cities in Florida. Talk about booming. In Austin, Texas, rents are up an astonishing 40%.

Like most inflationary trends now, this finds an explanation in structural and demographic shifts and disruptions, not monetary depreciation as such. Or so we believe.

This is all fascinating stuff, to be sure, but there is a bigger picture here. Have a look at the Truckers’ Revolt in Canada, now spreading to the U.S., Brazil and worldwide. The revolt is on. Trudeau of Canada and Ardern of New Zealand are in hiding. Trudeau says he has symptomatic COVID despite being triple vaccinated.

These are astonishing times: a brewing economic crisis in the forms of goods and labor shortages in the midst of a political crisis with no precedent in our lifetimes.

How will it turn out?