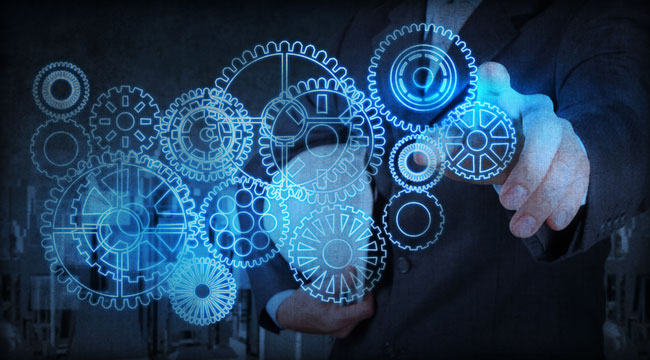 No Escape from the IRS Audit Machine

The power to tax has long conferred the power to destroy one’s political opponents. When the latest IRS politicization scandal erupted in May, many commentators talked as if the abuses were a novelty in American history. But, as David Burnham noted in his masterful 1990 book, A Law Unto Itself: The IRS and the Abuse of Power, “In almost every administration since the IRS’s inception the information and power of the tax agency have been mobilized for explicitly political purposes.”

The IRS has a long history of trying to ruin the political careers of its critics. In 1925, Internal Revenue Commissioner David Blair personally delivered a demand for $10 million in back taxes to Michigan’s Republican Sen. James Couzens — who had launched an investigation of the Bureau of Internal Revenue — as he stepped out of the Senate chamber. Couzens fought the case, and eventually proved that he had actually overpaid his taxes by roughly $1 million. But the precedent of using threats to deflect oversight was firmly established.

Perhaps Roosevelt’s most pernicious tax skullduggery occurred in 1944 when he spiked an IRS audit of massive illegal campaign contributions from a government contractor to Texas Rep. Lyndon Johnson. Johnson’s career would likely have been destroyed if Texans had learned of his dirty dealing. Instead, Johnson survived, and scores of thousands of Americans and more than a million Vietnamese died as a result.

John F. Kennedy raised the political exploitation of the IRS to an art form. Shortly after capturing the presidency, he denounced “the discordant voices of extremism” and, in a passage that could have been lifted from Obama’s recent Ohio State University commencement speech, derided people “who would sow the seeds of doubt and hate” and make Americans distrust their leaders.

At a news conference a few days later, a reporter sought his views on the legality of campaign contributions supporting “right-wing extremist groups.” Kennedy replied, “As long as they meet the requirements of the tax law, I don’t think that the Federal Government can interfere or should interfere with the right of any individual to take any position he wants. The only thing we should be concerned about is that it does not represent a diversion of funds which might be taxable to — for nontaxable purposes. But that is another question, and I am sure the Internal Revenue system examines that.”

Actually, Kennedy heavily elbowed the IRS to make sure that it targeted the tax-exempt status of conservative organizations that had criticized Kennedy or his agenda. The IRS launched the Ideological Organizations Audit Project, which targeted numerous right-leaning groups, including the Christian Anti-Communist Crusade and the American Enterprise Institute.

“The IRS position is incredible. It says letters from politicians asking that someone be audited are confidential tax-return information.”

Shortly before his assassination, Kennedy specified that he wanted an “aggressive program” against the IRS targets. Kennedy also used the IRS to bolster compliance with “voluntary” price controls, targeting steel executives who defied the administration for audits.

More than 10,000 groups and individuals were targeted because of their political activism or slant between 1969 and 1973, including the John Birch Society and Nobel laureate Linus Pauling. The IRS was also given a list of Nixon’s official enemies to, in the words of White House counsel John Dean, “use the available federal machinery to screw our political enemies.” Contributors to the Democratic Party were also high on Nixon’s target list.

Nixon’s administration vastly expanded a secret computer database — the “Intelligence Gathering and Retrieval System” the IRS began in 1963 — to sweep up information on individual Americans and groups. By 1975 the IRS had stockpiled data on almost half a million persons and groups; the program was abolished after its existence became known outside of official circles.

The exposure of Nixon’s IRS abuses profoundly weakened him during the uproar after the Watergate break-in. The second article of his 1974 impeachment charged him with endeavoring to “obtain from the IRS … confidential information contained in income tax returns for purposes not authorized by law, and to cause, in violation of the constitutional rights of citizens, income tax audits or other income tax investigations to be initiated or conducted in a discriminatory manner.” Congress enacted legislation to severely restrict political contacts between the White House and the IRS.

But the IRS continued its freelance work. After Sen. Joe Montoya of New Mexico announced plans in 1972 to hold hearings on IRS abuses, the agency added his name to a list of tax protestors who were capable of violence against IRS agents. When IRS Commissioner Donald Alexander was challenged on the listing at a 1975 Senate hearing, he replied, “The only connection that I can think of immediately is that Senator Montoya is, after all, the Chairman of the IRS Appropriations Subcommittee, and someone might have thought that he did violence to our appropriation.” Information from an IRS investigation of Montoya was leaked to the Washington Post. Partly as a result of the IRS leak, Montoya lost his reelection bid.

In the following decades the IRS regularly sparked outrage by abusing innocent taxpayers, but there was scant controversy about the agency’s politicization until Bill Clinton took office. In 1995 the White House and the Democratic National Committee produced a 331-page report, “Communication Stream of Conspiracy Commerce,” that attacked magazines, think tanks, and other entities and individuals who had criticized Clinton.

In subsequent years many organizations that were mentioned in the White House report were hit by IRS audits. More than 20 conservative organizations — including the Heritage Foundation and the American Spectator — and almost a dozen high-profile Clinton critics were audited.

The Landmark Legal Foundation sued the IRS after being audited. Its brief quoted an IRS official who claimed at a meeting that documents revealing the names of congressmen and their staffers who had requested audits were being or had been shredded. The official went on to recommend tactics for masking such requests in the future.

The IRS claimed that it could not find 114 key files relating to possible political manipulation of audits of tax-exempt organizations. The Clinton administration fought vociferously to prevent Americans from learning how it had abused IRS powers. As a Wall Street Journal editorial noted, “The IRS position is incredible. It says letters from politicians asking that someone be audited are confidential tax-return information.”

In perhaps the least recognized media bombshell of the Clinton era, the Associated Press reported in late 1999 that “officials in the Democratic White House and members of both parties in Congress have prompted hundreds of audits of political opponents in the 1990s,” including “personal demands for audits from members of Congress.” Audit requests from congressmen were marked “expedited” or “hot politically,” and IRS officials were obliged to respond within 15 days.

The AP noted, “The IRS computer tracking system in Washington denotes the name of a politician who refers a matter. The original letter from the White House or lawmaker is forwarded to the case agent.” Permitting congressmen to secretly and effortlessly sic G-men on whomever they pleased epitomized official Washington’s contempt for average Americans and fair play. But because the abuse was bipartisan, it evinced little or no interest on Capitol Hill.

After Obama’s first presidential election, conservative groups began mobilizing across the nation to resist what they perceived as his socialist policies and programs. By mid-2010, conservative organizations were complaining of harassment by the IRS. The Obama administration perpetually denied that any such targeting was occurring.

However, a May 2013 Inspector General report confirmed that IRS employees had devoted far more scrutiny (sometimes amounting to seeming harassment) to nonprofit applications that used the terms “tea party” or “patriot” or that criticized government spending or federal deficits. The Inspector General report concluded, “Developing and using criteria that focuses on organization names and policy positions instead of the activities … does not promote public confidence that tax-exempt laws are being adhered to impartially.” Surprise, surprise.

Congress claims to be vigorously investigating the latest scandal, and further facts may come out in the future. Thus far the media have largely ignored how the Obama-era abuses vivify how the tax code allows rulers to suppress political opposition.

This fundamental truth has burst forth only occasionally over the past century — perhaps most eloquently in a 1967 federal appeals court decision overturning the conviction of a leftist Oregon lawyer: “The court will not place its stamp of approval upon a witch-hunt, a crusade to rid society of unorthodox thinkers and actors by using the federal income tax laws” to silence them.

But as long as the federal tax code is incomprehensible to most Americans, the IRS will continue to have vast power over its targets. And we cannot expect politicians to fix the problem as long as they expect to profit from the IRS’s machinations. But, as Alexander Hamilton, later the nation’s first secretary of the treasury, warned in 1782, “Whatever liberty we may boast in theory, it cannot exist in fact while [arbitrary tax] assessments continue.”

James Bovard
for The Daily Reckoning

Ed. Note: The IRS’ politically motivated “audit machine” is just one example of a government run amok. Proof that the “long arm of the state” is never beyond reach. Now is the time to protect whatever wealth and freedom you have and hold onto it with both hands. And it’s imperative that you stay informed – and not just through the mainstream media. Be diligent. Track down the news no one else is talking about. Sign up for the FREE Laissez Faire Today email edition to get started.

James Bovard is the policy advisor to The Future of Freedom Foundation. He has written for the New York Times, The Wall Street Journal, The Washington Post, New Republic, Reader’s Digest, Playboy, American Spectator, Investors Business Daily, and many other publications. His Terrorism and Tyranny won Laissez Faire Book’s Lysander Spooner award for the Best Book on Liberty in 2003.