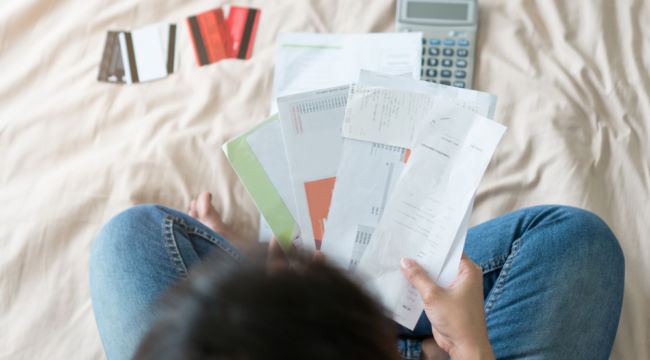 No. 1 Proven Way to Keep Your Money

Pop quiz: When you receive a paycheck, who do you pay first? If you’re like most Americans, you’re probably paying everyone else first — your rent/mortgage, groceries, utilities, car payment, insurance, etc.

Once you’re done paying all those bills, you stick whatever you have left (if anything) into savings — that’s the classic “paying yourself last” scenario. Then you patiently await your next paycheck and repeat the process all over again. But if you ever want to get out of the rat race, then I’m here to tell you you’re doing it wrong.

The philosophy of paying yourself first came from George Clason’s book, The Richest Man in Babylon, which was written nearly a century ago. And its message still holds true today, despite how the world has changed.

In fact, Nasdaq has named it the No. 1 proven way to save money.

People who choose to pay themselves first allocate money to the asset column of their balance sheet before they’ve paid their monthly expenses. Essentially, you set aside a specific amount of money right off the bat, and then live off what’s leftover. And that’s how wealth grows.

If you aren’t doing this now, have no fear — it’s never too late to ditch your bad habits. Learning to manage your money properly now with a “pay yourself first” mindset will ensure you have it to invest later.

How to Pay Yourself First

I would venture to say that personal self-discipline is the number-one delineating factor between the rich, the poor, and the middle class.

Simply put, people who have low self-esteem and low tolerance for financial pressure can never be rich. As I have said, a lesson learned from my “rich dad” was that the world will push you around.

The world pushes people around, not because other people are bullies, but because the individual lacks internal control and discipline. People who lack internal fortitude often become victims of those who have self-discipline.

If you have the necessary self-discipline, when you begin paying yourself first, it will feel totally backwards because you’ve been doing it wrong for decades. But trust me, it’s the only way to go.

My wife Kim and I have had many bookkeepers and accountants who have balked at our approach, because they too have grown accustomed to paying themselves last. Even during times when my cash flow was less than my bills, I still paid myself first. And you can too. How?

First, don’t get into large debt positions that you have to pay for. Keep your expenses low. Build up assets first. Then buy the big house or nice car later.

Second, when you come up short, go ahead and let the pressure build — don’t dip into your savings or investments as a bailout. You see, poor people have poor habits. And one of those poor habits is dipping into savings to pay bills.

Use the pressure to inspire your financial genius to come up with new ways of making more money, and then pay your bills with that. Bonus: You will have increased your ability to make more money and boosted your financial intelligence.

So, let’s say you’re taking home about $4,000 a month. If you first pay yourself $500, then you have $3,500 left for living expenses. After one year’s time, you’ll have saved $6,000. You can even set this up automatically with your bank, to remove the temptation of spending the money.

But How Can I Save When I Have Debt?

Step 2: Make a list of all the debt you owe (credit card, school loans, car loans, IOUs to people, your personal residence, etc.) so that everything is clearly organized and accounted for.

Step 3: Hire a bookkeeper so you can’t hide from the truth—he or she will keep meticulous records each month, so you always know where you stand (even if you don’t want to admit it).

Step 4: Kim and I decided that with every dollar that came into our household, we’d take a set percentage off the top and set it aside. Yes, this was the beginning of us paying ourselves first.

We set up three piggy banks: one for savings, one for tithing or charity, and one for investing. We then set the percentage for each piggy bank at 10% each, for a total of 30% of all income we received.

If we received $100, then $10 went into the savings bank, $10 into the charity bank and $10 into the investing bank. We did this with every dollar we received. You don’t have to start off with 30%, but whatever percentage you choose, stick with it each month and increase when possible.

Step 5: Determine the order for paying off each debt by starting with the lowest and working toward paying that off. For all other debt, just pay the minimum amounts due each month. Once your first (lowest) debt is paid off, then work on the next debt (second lowest) and so on.

You Can Still Survive With a Small Cash Flow

There have been times in my life when, for whatever reason, cash flow was far less than my bills. I still paid myself first.

My accountant and bookkeeper screamed in panic,

“They’re going to come after you. The IRS is going to put you in jail.”

“They’ll cut off the electricity.”

I still paid myself first.

Because that’s what the story, The Richest Man In Babylon, was all about: the power of self-discipline and the power of internal fortitude. As my rich dad taught me the first month I worked for him, most people allow the world to push them around.

A bill collector calls and you “pay or else.”

A salesclerk says, “Oh, just put it on your charge card.” Your real estate agent tells you, “Go ahead. The government allows you a tax deduction on your home.”

It’s important to have the guts to go against the tide and get rich. You may not be weak, but when it comes to money, many people get wimpy.

None of My Money Is For the Government

That is why my income comes from my asset column, through a Nevada corporation. If I work for money, the government takes it.

Robert Kiyosaki
for The Daily Reckoning