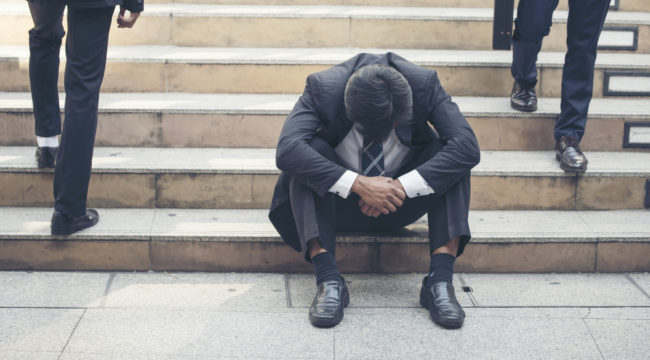 The Next Massive Wave of Unemployment

“There’s no question that self-driving cars are coming,” Business Insider declares. “The real debate at this point is who will get there first.”

We understand up to 19 companies are competing to field self-driving cars by 2021 — less than four years from now.

We’d trust a driverless car about as much as we’d trust Mr. Madoff with our money.

But its drummers insist the computerized driver will vastly outperform the human pilot.

The silicon captain will go the speed limit… stop at stop signs… and yield to pedestrians.

It won’t be plowing into your bumper because it’s texting its boyfriend or necking its girlfriend.

We’ve been assured its blood alcohol content will never exceed the legal limit.

And we can file a tort or two of our own against the human automobile operator.

But what about the human automobile operator who makes his living at the wheel?

If the age of the driverless car is upon us, what becomes of the taxi hack, the truck operator, the bus driver, the delivery man?

The Los Angeles Times tells us some 5 million people nationwide are employed in these positions.

And for Schumpeter, capitalism was the “perennial gale” of creative destruction.

Capitalism blows away the old and inefficient with the new and improved.

Here is progress itself. And all because the creative gales of capitalism flattened everything in sight.

The obvious benefits of capitalism are why most focus on the “creative” part of the equation.

But what about the equally critical “destruction” side of the formula?

Capitalism thumbs its nose at tradition… uproots communities… sends the human being careening around hairpin turns of social and technological change for which he may be unprepared.

Within a generation, the centuries-old farming community succumbs to the assembly line and the punch clock.

A generation later the factory itself goes dark as the gales of creative destruction blow the jobs clear to China… where the labor is cheap.

Americans must constantly uproot themselves to follow the jobs, which tears the social fabric.

And not everyone can take up new lines of employment.

Many are simply left behind, broken… and never catch up.

The river of progress carries forward of course, as it must.

We’re for it heart and soul too. Onward, we say. The world will be a better place overall.

But let us acknowledge that the advancing river of progress sometimes takes the human note with it.

But that’s just the start.

What happens if robots grow smart enough one day to do it all?

Will humans find new sources of labor as they always have before?

A robot arm that can rivet a car door is one thing.

But a genius robot that can do anything you can do — only better — is quite another.

Not even the oldest profession is safe from the coming robot revolution apparently, and therein lies a tale in itself.

We jump ahead of ourselves, admittedly. But is the world ready for such a future?

Maybe it is… and maybe it isn’t.