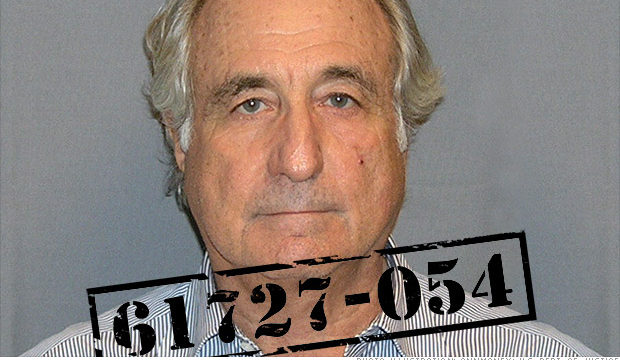 Is This the Next Bernie Madoff?

He’s guaranteeing that his clients will never lose any money. Never.

And he claims he’s been getting double-digit annual returns each and every year.

How does he do it?

Nobody seems to know exactly. Not even his clients. And his story gets more bizarre from there…

My Bull**** Detector Just Went Off

So just who is this investing wunderkind that’s putting all legitimate fund managers to shame?

His name is Joseph A. Meyer Jr. And his Arjun LP hedge fund was ranked as one of Bloomberg’s Top 10 Best-Performing Global Hedge Funds in 2015.

So some guy in an anonymous business park near the Atlanta airport is outperforming the titans of the global hedge-fund industry while never losing money?

Forgive me, but my bull**** detector just started blaring.

Chew on these facts for a moment…

Bloomberg reports that Meyer doesn’t send audited financial statements to his investors, so there’s no way for them to independently verify his performance claims.

Meyer also claims some of the highest returns in the entire world by investing most of his clients’ money in low-yielding Treasury bonds.

Plus, he requires that investors hand over their cash to him for a decade. If they exit early, he keeps half of it.

And when asked to explain how his “groundbreaking” system works, here’s what Meyer told a Bloomberg reporter…

“All it does is look at the last trade and calculate trades that would be equivalent of, ‘What if this security increases 50 percent in value in the next three seconds.’”

Would you fork over your hard-earned retirement savings to someone spouting such gibberish?

Bloomberg reports that Arjun has $338 million under management.

How to Spot an Impending Disaster

In late 2008, Bernie Madoff shocked the investment world when he confessed that the wealth management arm of his business was an elaborate Ponzi scheme.

Prosecutors estimated the size of the fraud to be a staggering $64.8 billion. It was the largest investment/accounting fraud in American history.

Madoff fooled some of the United States’ wealthiest individuals by knowing one thing: He did not have to make big returns. All he had to do was fake 1% per month over and over again and be mysterious about his operations.

You see, Madoff claimed an average annual return of roughly 12%. And what drew so many investors to him was that he did it with no volatility. The firm “produced” a steady 1% a month and never suffered an annual loss.

That 1% per month with no losses was enough to satisfy believers… the same believers who lost everything when the scam predictably came crashing down.

Look, I can’t know if Meyer is the next Madoff. This former business management consultant may have come from nowhere to become the single greatest investor the world has ever known.

But his claims and obscure operations cause the skeptic in me to raise an eyebrow.

The bottom line is this: If an investment claims to deliver a positive return every month, with no down months, that investment is either a royal scam or a hidden disaster that will eventually blow up.

Markets are volatile. There will be up and down months. Successful trading depends on having a system like trend following that automatically limits those downside events. But you can never eliminate them altogether—ever.

Losses are part of the game at all times. If you can’t accept that fact of life, don’t play the game. Don’t bother to invest or trade if you think equity curves are only a straight line up.

To close the loop on Arjun, Bloomberg reports that the securities division of Georgia’s secretary of state has discovered “multiple irregularities” at the fund. A formal investigation of the fund’s potential violations of the Georgia Securities Act is underway.

Michael Covel reveals how to avoid getting crushed when the Trump euphoria ends. Read on…