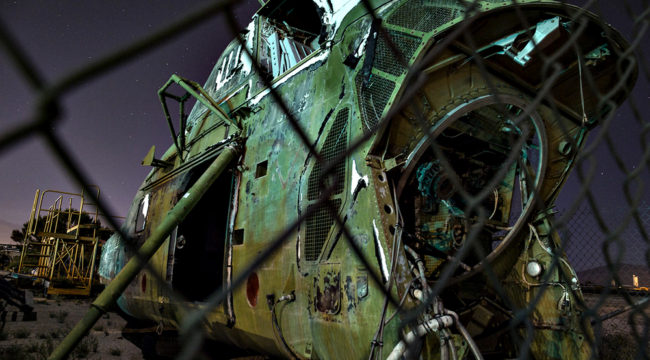 The maiden flight of the Aerial Reconfigurable Embedded System (ARES) was postponed in June to later this year. But nonetheless, supply logistics experts are heralding the beginning of a new era in the industry.

ARES is the most promising of the multiple vertical takeoff and landing (VTOL) flight modules currently under development by U.S. competitors for another DARPA project. ARES is a sizable unnamed aircraft designed to replace helicopters in a variety of military applications. 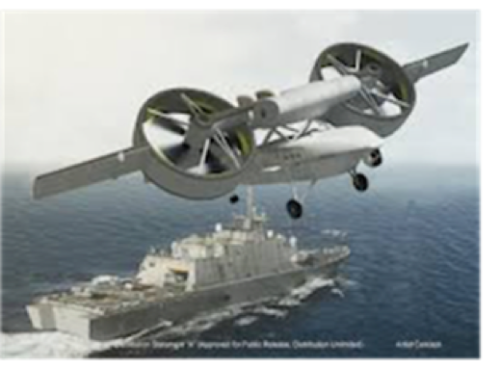 For its demonstration flight, these fans will be propelled by twin Honeywell Aerospace HTS900 helicopter engines in the ARES fuselage.

Remote pilots of the ARES flight module can adjust the angle of its fans to orchestrate entirely vertical takeoffs and landings, move in any direction through the air and even hover motionless while airborne. It can convert from vertical lift to high-speed cruise flight rapidly, efficiently and smoothly. In short, this module can do virtually anything that a helicopter can do without the need of an onboard pilot.

Commodious and powerful as well as agile, ARES is versatile enough to carry a wide variety of cargo. It has a useful load capability of 3,000 pounds — an impressive 40% of the total takeoff weight of the aircraft itself. Despite its considerable transport capacity, ARES features an extremely compact design that gives it the ability to use landing zones that are roughly half the size of those that are needed by helicopters of a similar size.

Of course, the key advantage that the ARES flight module has over the traditional helicopter is its unmanned flight capabilities. An entirely self-contained unit (with the exception of its separate remote control unit), ARES features built-in power and fuel systems. It also houses its own digital flight control equipment and remote “command and control” interfaces.

Further Impacts of ARES on the Defense Sector

It is anticipated that the ARES flight module will travel between home base and various locations to deliver and retrieve several different types of detachable transport modules. Each designed for a specific purpose, these modules will be tailored to facilitate field operations such as cargo resupply, casualty evacuation (CASEVAC) and various forms of intelligence, surveillance and reconnaissance (ISR).

Military helicopters have long been used to overcome the dangers and challenges presented by difficult terrain, land mines and the threat of ambush on the ground. However, the use of helicopters presents multiple logistical challenges and inevitably places flight crews in potentially hazardous situations.

Furthermore, because they are incredibly expensive to build and operate, helicopters are always in short supply. To put it bluntly, not every ground unit that needs a helicopter is actually able to acquire one.

Like consumers in the commercial sector (who can place an order on a computer or mobile device to have goods delivered by drone to their door), military personnel will have the ability to direct ARES fight modules using apps on their mobile phones or military-grade tablets.

Like nearly every modern scientific and/or industrial advancement in recent history, the ARES fight module draws upon both public- and private-sector technology and holds the promise of multiple military and commercial applications.

We’ll continue to monitor this technology because a true-blue replacement for the helicopter means big investment opportunity. And while we may be in a wait-in-hold pattern currently on this new defense tech, we’re only a few hefty military contracts away from a real big-money investment opportunities.