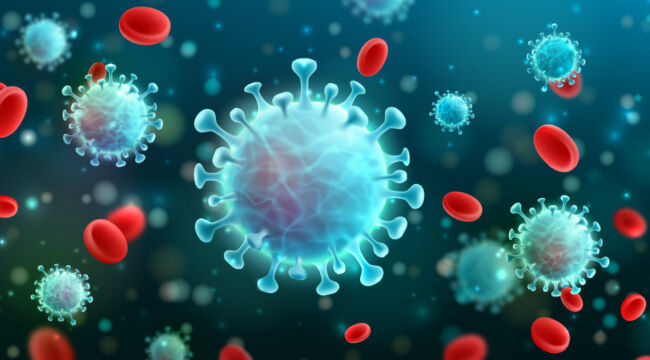 One reason American movies are so bad these days is they have forgotten how to tell a story. Stuff just happens to characters. Cause, effect and consequence no longer exist in the workshops of Hollywood.

And one might sense that these imperatives are likewise missing from what used to be known as real life in the USA, with all its stories and narratives. Stuff just happens to the people in this country now. And then sometimes, stuff un-happens.

With the Russian operation in Ukraine alarming the populace, you might have forgotten the late COVID-19 epidemic that provoked so much public hysteria and government policy overreach.

Stuff happened during those two-plus years of COVID-19, and even with Ukraine blaring from the cable news channels, COVID-19 stuff is still happening. Vaccine mandates are still in force, in New York City, for instance — except for performers and ballplayers, who are exempted now, as announced this week by Mayor Eric Adams.

If you detect any specious reasoning behind that diktat, at least you know who made it happen.

But so many other things just happened with COVID-19, rather serious things, and no one has had to answer for them, certainly not Dr. Anthony Fauci, who just days ago talked up another booster shot of his obviously defective mRNA “vaccines.”

Dr. Fauci proposed that despite a raft of emerging statistics from the life insurance realm that indicate a shockingly high number of mysterious all-causes deaths for people in the prime of life. Several conditions appear to be killing them:

3) A mystifying array of neurological afflictions.

4) Switched-off immune system toggles, including the cellular mechanism for preventing the growth of cancers.

This developing picture of a public health catastrophe, growing more robustly detailed by the week, has somehow not alarmed the general public, not least because the entire public health officialdom does not want them to know about it.

In fact, as averred to above, they are all still busy promoting the “vaccines” that are responsible. Rochelle Walensky, director of the CDC, is rather well-known — though her duties appear limited to the public impersonation of a “concerned mom” — but whoever heard of Rebecca Bunnell, Ph.D., director of the CDC’s Office of Science?

Does science play any part in the emerging disaster of sharply rising all-causes deaths? It would be good to know, don’t you think? Anyone heard from Daniel Jernigan, MD, deputy CDC director for public health science and surveillance (DDPHSS)? You’d think he would be out there surveilling things.

How about Brian C. Moyer, Ph.D., director of the CDC’s National Center for Health Statistics. He would be in charge, presumably, of the VAERS system, which tabulates adverse vaccine events.

That system evidently under-reports adverse events by a shocking amount — some say only 1% are ever recorded. Why is that? Because it is a website that is so notoriously ill designed and hard to use that the CDC pledged to fix it more than 10 years ago and never got around to it.

Why is that, Dr. Moyer? Has anyone asked him? I don’t think so.

There is the appalling and still on-going campaign to suppress COVID early-treatment off-label drugs such as ivermectin, hydroxychloroquine, fluvoxamine, etc., though the protocols have been proven highly effective in clinical practice as well as scores of internationally peer-reviewed studies.

Hundreds of thousands of Americans died because these drugs were maliciously outlawed. In many states, doctors can be punished with loss of medical licenses for using these safe and effective drugs, or even talking them up.

Who exactly in public health was responsible for this suppression? Who gave the orders for it?  Or did it just happen? Was it Francis Collins, recently retired director of the National Institutes for Health (NIH)? He must have at least approved the policy.

Stephen M. Hahn, MD, who was commissioner of the Food and Drug Administration from December 2019 to January 2021, the heart of the COVID event timeline? Janet Woodcock, who was acting commissioner from January 2021 to February 2022 — and was previously the longtime chief of the Center for Drug Evaluation and Research?

Or the current chief of that outfit, one Patrizia Cavazzoni, MD? Or Jacqueline A. O’Shaughnessy, Ph.D., the FDA’s acting chief scientist? Was outlawing early treatment in their purviews? Did they even know about it? How could they not?

Consider another killer on the scene: the drug remdesivir, a Dr. Fauci production, originally for hepatitis C, manufactured by Gilead Sciences. U.S. public health has anointed remdesivir the standard of practice for patients severely ill with Stage 2 inflammatory COVID in the ICUs all over America.

It is well-known that remdesivir destroys kidney function in as little as five days. This supposed antiviral agent is being used after the high-viral-load Stage 1 phase of COVID is over. How many ICU patients have been killed by remdesivir?

You see, there are real people in high places with exalted credentials who must in some way be responsible for the epic blunders committed during the COVID-19 saga. Or else they allowed these actions to happen on purpose.

Will any actual persons answer for any of this?

I’m Not Done Yet

How did it happen that the 6’4” Thomas, oddly still in possession of normal male genitalia, got permission to compete against, shall we say, natural-born women?

You can ask Mark Emmert, the NCAA president, or Wendell E. Pritchett, president of the University of Pennsylvania, or Alanna W. Shanahan, Penn director of athletics, or Lauren C. Procopio, assistant director for men’s/women’s Swimming.

You see, there are real people behind all these disorders of our national life. Many more besides just the notorious Dr. Fauci… and many more work under all these directors of this and that.

What have they done? Or did stuff just happen?