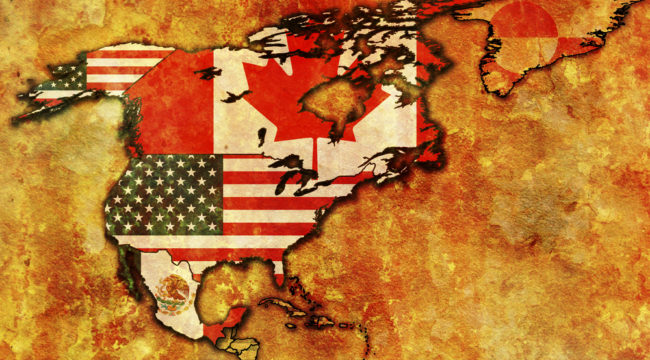 I recently stayed in the Tlalpan district of southern Mexico City. Tlalpan is its largest borough and an historic area — dotted with lovely gardens and plagued by drug traffickers.

Nearby, I was honored to give a talk at the prestigious business school, EGADE. This is part of the Tecnológico de Monterrey, a university that has spawned world leaders for decades. My speech was part of an event sponsored by the internationally renowned Aspen Institute in Mexico. 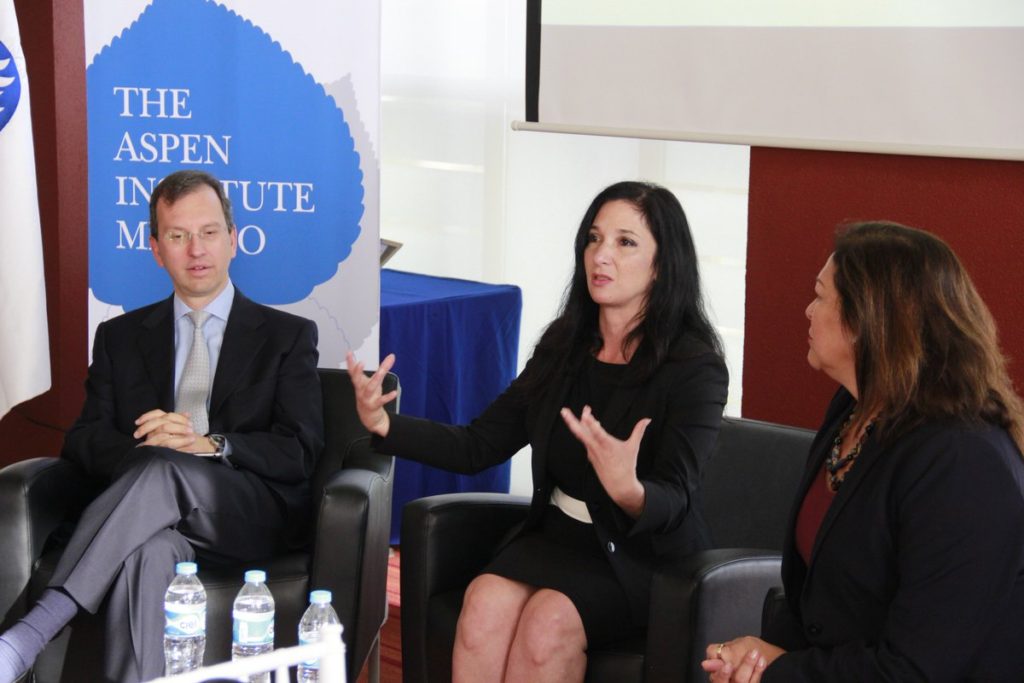 This was not my first speech in Mexico. In the years since the 2008 financial crisis, I have delivered talks there frequently. My focus has been on the complexities of the U.S.-Mexico relationship, particularly from a banking perspective.

But this was the first address I’ve delivered in Mexico since Donald Trump became the U.S. president. As you may have guessed, Trump’s election is a game changer for trade, finance, and the banking systems of these two neighboring nations.

The topic of my latest speech there was NAFTA and financial regulation, and their ramifications, in both countries, as well as the foreign banks involved and the resultant flow of money over the border.  (You can see the full slideshow I presented on NAFTA by clicking here.)

Nomi Prins Presentation to The Aspen Institute México, May 2017 from Nomi Prins

International relationships are in unprecedented flux. Mexico, like every other country, is re-examining its trade and financial relationships with the U.S., while considering opportunities with other nations.

While I delivered my talk, an EU delegation was meeting with Mexican officials at the other end of the university, trying to deepen trade ties.

Ever since Trump’s disparaging comments on Mexico and NAFTA during his campaign, the bond between the EU and Mexico has strengthened. The more confusing and nationalist our trade policy appears, the faster our traditional trade partners will create new, better alliances outside of the U.S.

This creates opportunities for new relationships to form and new sources of investment in Mexico — and new ways to view relations going forward.

But that debt was in trouble. The U.S. and Mexico saw NAFTA as a vehicle to recoup loan losses.

NAFTA was enacted in 1994. Chapter 14 of the agreement allowed foreign banks to operate in Mexico. NAFTA became a primary opportunity for foreign banks to enter the Mexican market, buy banks and set up shop. This little-discussed chapter is currently being considered for renegotiation and is the crux of our issue today.

This arrangement had some repressions — positive in financial services provision, negative in increased foreign bank concentration in Mexico and drug-money laundering.

In 1999, five years after NAFTA began, Glass-Steagall was repealed under President Clinton. Officially, the Gramm-Leach-Bliley Act did the deed and allowed mega U.S. banks to become “too big to fail.” It brought commercial banking, trading, and investment banking under one roof, which paved the way for the 2008 financial crisis.

Along the way, it enabled Citigroup (then Citibank), one of the biggest new “supermarket” banks in the U.S. to go “hunting” in Mexico. Notably, former U.S. Treasury Secretary Robert Rubin joined Citigroup’s board of directors — after he negotiated NAFTA and the repeal of Glass-Steagall.

Citigroup had a special relationship with Mexico. Prior to NAFTA, from 1982–89, Citibank was the only foreign bank allowed to operate there. Today, it’s the biggest foreign bank operating in Mexico, and second largest bank in Mexico. But perhaps not for long.

The seven largest banks in Mexico account for 80% of Mexico’s total bank assets. Out of those seven banks, five are foreign subsidiaries.

Total assets of foreign-controlled banks in Mexico rose to 70% after Citigroup bought Mexico’s second-biggest bank, Banamex, in 2001. Today, Citibanamex has more branch offices in Mexico than in any other country.

As President Trump deliberates on NAFTA, the idea of Glass-Steagall reinstatement is gaining traction on both sides of the aisle. A new form of Glass-Steagall would reduce the size of Citigroup and other mega-banks.

Other than Citigroup, many U.S. banks and branches have left Mexico since the 2008 financial crisis due to de-risking.

Crackdowns on money-laundering have impacted individuals sending money to family members alongside drug dealers. These trends have created opportunities for European banks to expand.

Mexico and NAFTA re-negotiations face a December 2017 deadline. Yet other trade agreement talks remain alive — like the TPP, which Mexico negotiated and the U.S. rejected.

In March 2017, Mexican economic minister, Ildefonso Guajardo told the Financial Times that elements of Mexico’s discussions for the TPP could assist in renegotiating NAFTA.

Mexico isn’t waiting to see the final versions of U.S. policies regarding NAFTA and banks. It continues to position itself as a place that can attract even more foreign bank interest.

European banks had reduced their presence in Mexico due to EU post-crisis capital requirements.

But, since Trump’s arrival, the EU and Mexico are exploring more mutually beneficial trade ties.

As I discovered, the financial services components are critically important to the trade of other physical products. There will be more meetings on that between now and the December 2017 NAFTA renegotiation deadline.

Mexico is diversifying from the U.S. with ongoing trade negotiations. Mexico’s central bank is raising rates more quickly than the Fed and thus supporting the peso.

Meanwhile, European banks are looking to grow outside of Europe, having already adhered to regulations reducing their risk profiles in the post-crisis world.