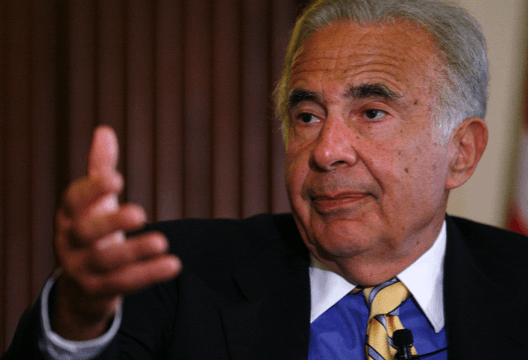 Why Is This Multibillionaire Betting on a Market Collapse?

When he talks, people listen.

That’s because the legendary activist investor has amassed a personal fortune north of $25 billion.

So why is his latest position making Wall Street banksters crap their pants?

Here’s why this storied investor is so insanely bearish…

Just recently, Icahn took to the airwaves of CNBC to declare that a “day of reckoning” was coming for the U.S. stock market.

He said exceedingly low interest rates from the Fed have created a huge artificial asset price bubble that can’t be justified by the underlying economy.

He thinks it’s about to burst.

Zerohedge recently reported that Icahn’s investment vehicle, Icahn Enterprises LP (in which he has $4 billion personally invested), has an historic 150% net short position.

This means his portfolio will see a big increase in value if the stock market craters.

It’s extraordinarily rare to see a fund outside a dedicated short fund with such a large bearish stance. Icahn reminds me of Michael Burry in the film “The Big Short,” and we all know how he did in 2008.

Look, just one year ago, Icahn was still 4% long the stock market when he first started expressing deep concern about valuations.

But since then he’s waged billions of his own money on a massive bet to short the market.

But Icahn’s not the only legendary investor who thinks a collapse is coming.

Stanley Druckenmiller is one of the world’s most successful hedge fund managers. He generated an incredible 30% average annual return for clients from 1986 to 2010.

And just last week, Druckenmiller told attendees at the Sohn Investment Conference to “get out of the stock market” and own gold, which is his family office’s largest currency allocation.

So are these two investing wizards correct? Is the market headed for an epic fall?

I have no idea. And neither does anyone else. There are no legitimate stock market fortune-tellers… only the illegitimate ones you see blathering on CNBC.

But ask yourself a question…

If the smartest moneymen in the world are betting big on a huge market decline, what’s your best strategy right now?

Is it smart to just be sitting in stocks right now… holding on and hoping for the best… trusting your mutual fund manager who has never beaten the market once?

How did that work out during the last crash?

And the one before that?

Remember, a 50% decline in your portfolio requires a 100% return just to get to breakeven.

During the dot-com bubble implosion, the Nasdaq dropped 77%.

It could take years or even decades for you to recover from the next crash. Or you may never recover.

So just being long stocks right now and holding on for dear life isn’t a sound strategy for such an uncertain environment.

If you just follow the trend, you’ll be ready to profit, regardless if Icahn and Druckenmiller are right or wrong.

And you’ll sleep much better at night.

My Conversation With Ben Hunt

I recently spoke with him on my podcast.

He’s the Chief Risk Officer at Salient Partners and the author of “Epsilon Theory,” a unique take on markets and investing that’s grounded in game theory, history and behavioral analysis.

And what he’s discovered is that following a “buy and hold” philosophy with knowledge of how central banks function and how the political class operates is nothing short of insane.

Click here to listen to my conversation with Ben Hunt.

Please send me your comments to coveluncensored@agorafinancial.com. Let me know about your past experiences with “buy and hold” investing… and what you think of my talk with Ben Hunt.

Trader’s Paradise: Here’s How You Rake in the Gains…

Investors aren’t feeling a lick of discomfort this year. Volatility is dead and buried. Manic market swings are no more. Today, Greg Guenthner shares how to prepare for a fourth-quarter melt up…