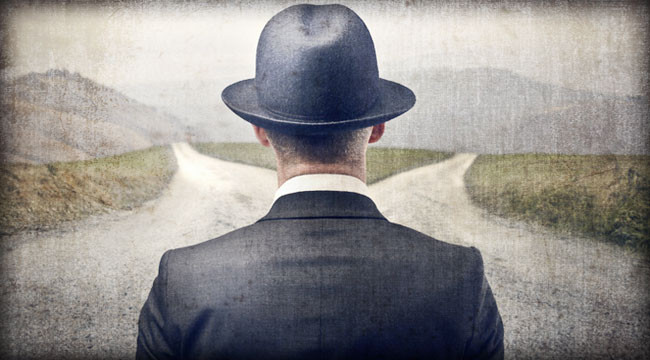 Between Defunding and a Hard Place

In all likelihood, Republican efforts to defund Obamacare are toast — and sooner rather than later. It appears to be a fantasy that a bill to defund would even make it to president Obama’s desk.

It seems to be inadequate for today’s Republicans simply to do the intransigent, useless thing.

This straightforward reality has prompted many reasonable observers to ask why frustrated conservatives would bother risking a government shutdown over the affair. Suck it up and move on, they say — even if Obamacare is stupid or bad.

And they are being reasonable, but they’re also wrong.

Many people are beyond frustrated with Republicans right now. They just don’t get it. It seems to be inadequate for today’s Republicans simply to do the intransigent, useless thing. They have to do the thing that also “holds us hostage,” putting the whole government and its functions on the line in order to gratify their sense of ideological correctness. WHY??? Because they’re jerks, comes the answer. They’re mean people.

That’s a judgment that would make a lot more sense were it not the case that, every day, on a myriad of issues right and left, it’s the government that’s holding us hostage — hostage to one-time votes made in Congress for the usual farrago of not-so-idealistic reasons.

Here’s how it works: a bill comes up for a vote. Round after frenetic round of lobbying and whipping has pretty much guaranteed the outcome. The bill passes, but more importantly the funding for the bill passes, and no matter how much of a dog the law turns out to be, it stays funded.

What indeed? How else are bad laws to be disposed of? Repeal? Debates around repeal are the same debates: repealing a law that is a budget item is defunding it (and then taking its penniless body out back and hitting it with the shovel).

Our fear of a Congress consumed by efforts to defund disliked laws has inspired us to think that nothing should be defunded. In fact, we are so convinced that everything should be funded that we fear the only way to make good on our conviction is to always fund more than everything, a.k.a. increase the debt ceiling.

We actually have been to this rodeo before. Seventeen times!

This is how, in our minds, the only way to make a law mortal becomes a mortal threat to democracy. But isn’t it a greater threat to democracy to insist that no law, once passed, can ever go off the books and out of the budget? Isn’t the ultimate threat to democracy an enforced vow that once one hapless collection of Members or another votes to spend money on something important, we have to pay for it forever?

Of course, sometimes a new Congress does come in and tweak things around. Sometimes a program here or there gets sliced or dropped. But that’s a poor reflection of what’s at stake when it comes to the federal budget and American democracy.

What matters is that sometimes realignments of power that reflect voters’ minds and real-world change inspire Members of Congress to oppose a (big) budgeted piece of legislation. And because of our paralyzing fear of “dysfunctional government” (I’ve got news for you, it’s already here), Washington is set up so that any effort to defund a significant piece of legislation will provoke a “shutdown showdown.”

And guess what: We actually have been to this rodeo before. Seventeen times! Sometimes over matters considerably more limited in their scope and heft than Obamacare. That’s why Michele Bachmann is saying stuff like this to Byron York:

This isn’t just another bill. This isn’t load limits on turnip trucks that we’re talking about. This is consequential. And I think the reason why you’ve come to this flash point is that this is an extremely consequential bill that will impact every American, and that’s why you have such passionate opinions.

Analogies are always risky, but: this is tantamount to a move to defund the war in Iraq. Either you think the budgeted legislation is horrible or you don’t. And if you think it is horrible (like, a truly inexcusable mistake with real, rotten, and lasting bad consequences) then you’re in dereliction of your political duties not to try to take the money away. And if the reason you’re given for why the money has to stay — why the legislation is immutable — is that we can’t risk a government shutdown, well, who’s the real hostage? Especially when — the ultimate howler — you’re simultaneously told that your efforts are even more ridiculous because there’s no way they could ever actually work?

This line of intimidation and guilt-tripping knows no party. It works like a charm when demonizing and discrediting any group of legislators who want to un-chisel a once-passed bill out of budgetary stone. But is the “mature, responsible” position to treat a piece of legislation like a prison you build around yourself and fund forever, even after your death?

Elected representatives from both parties ought to break the shackles of fear-soaked propriety more often. So what if, most of the time, their push to defund will be dead on arrival? Establishment types will realize that shutdowns aren’t the horror shows they dread. And Members of Congress will begin to understand that slavish devotion to party and budget orthodoxy serves neither their conscience nor their constituents.

The best way to shake up our calcified government and two-party system is for individual Members to band together ad hoc — or alone, if need be — to try applying the power of the purse to legislation they truly, madly, and deeply cannot abide.

And yes: if our reps can’t tell the difference between budgetary resistance born of expediency and scheming instead of a sense of prudence and principle, there’s a strong pro-democracy case for throwing them out of office at the first available chance.

James Poulos
for The Daily Reckoning

Ed. Note: Alas, that pro-democracy case seems unlikely to come to pass. But that doesn’t mean you can’t live a freer, more profitable life on your own terms. TheDaily Reckoning email is designed to help you do just that, completely free. Every day, it gives reads the chance at real, actionable investment opportunities, designed specifically to grow in spite, and even because of, federal incompetence. Sign up for The Daily Reckoning, for FREE, right here.

James Poulos is a journalist living out of California. He’s currently a Producer at HuffPost Live and contributes to both Forbes and Vice. His writing has been published in places like The American Conservative, The American Interest, The Atlantic, Foreign Policy and Cato Unbound.