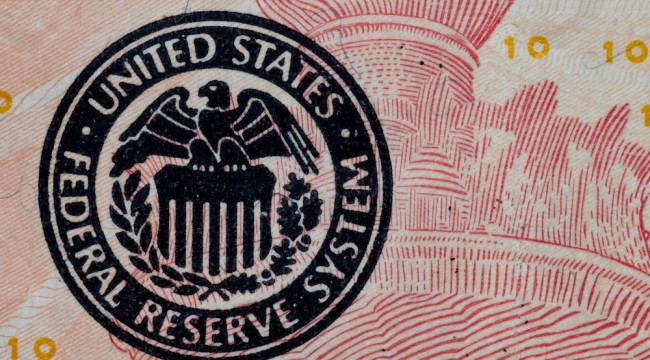 More Financial Lessons from the Head of the Fed

This is the second part of the Janet Yellen interview from the documentary, Money for Nothing: Inside the Federal Reserve. As in my previous article “Financial Lessons from the Head of the Fed”, I will highlight some of the questions, capture her response, and provide commentary.

U.S. Government debt has grown much faster than the economy. Will the Fed be forced to devalue the dollar?

Janet Yellen: A lot of people have the view that government debt is ultimately inflationary. I’d like to take issue with that. It is not ultimately inflationary if you have an independent central bank and that central bank keeps its eye firmly focused on price stability. It is our job that regardless of what happens to the deficit and debt, it does not translate into inflation. When we get out of the crisis, we will have to tighten monetary policy and interest rates could go very high. But we do have the tools to contain inflation and whatever the government does or does not do with its budget, it does not end up as inflation.

If instead of buying financial assets, the Fed had bought cars, what do you think the price of an automobile would be?

Comment: Inflation is an increase in the amount of outstanding money and credit. If government spends more, then it has to ask its people for more tax money or it has to borrow. Let’s use round numbers and say that the Federal Government borrows 40-50% of its budget. If the Fed is buying a good portion of this debt, and they are, where does the Fed get its money to buy the debt? The Fed Wizards create this money through accounting entries in banking cyberspace thus increasing the supply of money, which by definition is inflation. The inflation is visible in the prices of financial assets and has reemerged to some degree in housing. When Main St. thinks of inflation, they think about rising prices (an effect from inflation). If the Fed has the tools to control inflation, then perhaps they can explain the origin of recent financial bubbles.

Can the Fed really control the rate of inflation?

Janet Yellen: We are totally [emphasis added] responsible for inflation in the long run. I don’t mean over 3 months, 6 months or even a year. But we can as a central bank, commit if we are going to have a low inflation rate and if we don’t get there it’s no one’s fault but the central bank.

Should the Fed have raised interest rates sooner to defuse the late 1990s stock bubble? What has the Fed learned about bubbles since then?

Janet Yellen: Who could have looked at the Nasdaq in 1999 and not had some concern that these prices had reached bubble levels? Shouldn’t we have tightened monetary policy to address it? I think what most people would have thought inside the Fed then, and I wasn’t but I agreed with it, was we have an economy that in terms of the goals Congress assigned us (jobs, price stability), it is doing just fine. It does not need a tighter monetary policy and if we tighten monetary policy to bring stock prices down, we are probably gonna have to tighten a lot. We are gonna harm our performance on all the things Congress put on our scorecard.

This has been a devastating financial crisis. It is hard to pick up the pieces. We have intervened very aggressively and stopped what could have been an utter financial meltdown. Most members of the Fed anticipate that we will have high unemployment for a number of years despite our best efforts. We have pushed close to the limits to what we can do to address that.

Comment: Former Chair Greenspan warned of this overheating with his “irrational exuberance” comment. His supposed mastery of the economy led him to be called Maestro. The button-pushing and lever-pulling of his wizardry focused on a humming economy, regardless of what excesses were created elsewhere. Once again, the Fed goals were stretched beyond their original intention (provide liquidity) through Congressional mandate of focusing on jobs and price stability. Yellen’s immediate predecessor, Bernanke, suggested that part of the Fed’s mission was to keep the stock market high and Wall St. waits on bated breath for whatever the Fed says. Fed mission creep, whether self-inflicted or congressionally inflicted, creates the Wizard aura and makes their job much harder.

The Fed has intervened quite aggressively, so much so that despite their purchases of trillions in assets, we do not have rampant price inflation except in the area of financial assets. That makes sense since that is exactly what the Fed is buying/has bought. If instead of buying financial assets, the Fed had bought cars, what do you think the price of an automobile would be?

The Fed has been waging a death battle against deflation. Had they not intervened in purchasing financial assets, the value of those assets would have plunged. The financial markets never finished the catharsis that started in 2008 and now have instead re-inflated. As the Fed Chair said, “we have pushed close to the limits”; indeed they have. The popping of the financial bubble will demand the Fed push those limits again, but those limits will prove immovable.

Ed. Note: As Fed “mission creep” continues unchecked, it’s only logical to wonder what the Fed will be mandated to regulate next… Pretty soon the weight of the entire world could be resting solely on the shoulders of one lonely Fed Chair – assuming it isn’t already. It will be impossible for them not to foul things up. But you can protect yourself from any negative side effects of government regulation by signing up for the FREE Daily Reckoning, right here. Each day, readers are treated to regular opportunities to discover real, actionable profit opportunities that will help them safeguard and grow their wealth no matter what happens. Click here now to sign up for FREE, and never worry about your financial future ever again.