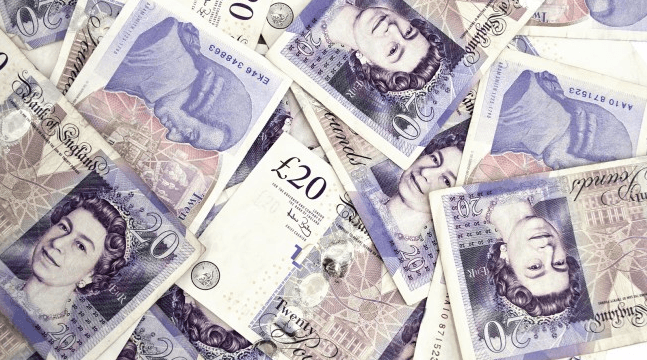 LONDON — I was prompted to ask myself some questions when I received the following via email:

You guys need to get out of your ivory towers and look closely at the misery millions are experiencing, including the thousands of deaths related to this government’s policies… Money isn’t everything. People’s lives matter too.

Leaving aside the “thousands of deaths” comment (impossible to scrutinise without more definition of what “related to” means), it’s a fair point. One that made me think about public policy, the welfare state and other topics I usually avoid like the plague.

So I put together three questions, asked myself them, and gave the following rambling answers:

Am I Left or Right Wing?

I don’t recognise the question.

And that’s not me trying to be clever, or duck it, I just don’t see how a one-dimensional spectrum can hope to capture the complexities of real world beliefs.

I like to think I approach things on a pragmatic, case-by-case basis, rather than through any grand vision. But I reckon everyone says that.

I am a fan of free enterprise and self-reliance, classic right-of-centre stuff. But I don’t see markets as a panacea.

Market failures happen. Intervention can be beneficial (though nowhere near as often as interventionists like to think).

I believe in individual freedom. I’m a member of Amnesty International for that reason.

But I don’t do anything like as much for that cause as I should.

I did once go to a meeting of the Newcastle Amnesty group where the guy next to me said proudly that he belonged to the Revolutionary Communist Party of Britain (and so did his wife).

That put me off. But though I don’t agree with his politics, as an activist he’s probably done more good for the world than I have. He’d only start doing real damage if he and his mates ever got some kind of power – which (I hope to God) they won’t.

So am I left or right wing?

Don’t know. I’m going to defer to those who know me.

“You’re not a Tory, are you?” – my Grandma when I said something mildly critical about a proposal to raise taxes.

“I see your man’s got back in!” – my colleague Sean the day after May’s general election, when he wrongly assumed I’d been supporting David Cameron.

“You are like him – only a left wing version,” – a colleague from a former job when we were talking about our ex-boss.

“The trouble with you lefties,” – my friend Laurence at the beginning of most sentences when we’re discussing anything other than football.

My friend Adam probably nailed it in the pub last Friday:

“You’re getting splinters – get off that bloody fence!”

I don’t set out to be on the fence. Perhaps one day the facts on the ground will persuade me to get off it.

Do I Believe in the Welfare State?

The newsletter industry I work in is often critical of the welfare state. It’s almost a swear word in some quarters.

It’s a confusing experience, because I wouldn’t exist without the welfare state. It fed me, clothed me, educated me, made me well when I got sick.

For reasons I won’t go into (their lives, not mine) my parents didn’t work much when I was growing up. They did however support me in getting a good education (with financial help from the state).

So do I believe in the welfare state? Hard not to. Despite its myriad flaws, it does help people.

Their stories don’t make good copy, so you’ll never read about them in the press. But they vastly outnumber the scroungers you will read about.

From my musings on this subject, I think I’ve identified two policy-related problems.

The first is that successive governments try to build the welfare state around its failures rather than its successes.

Take the problem of unemployment benefit/jobseeker’s allowance/whatever they’ll call it next.

Undeniably there is a hard core minority who abuse this. They actively choose a life on £72.40 a week over a job that would give them some quality of life.

This is not a rational choice for the vast majority of people. Most people who sign on do so to keep themselves afloat when they lose one job and haven’t found another yet.

Then they go back into work and carry on contributing. Because it’s better than washing your hair with Best Buy shampoo that burns your eyes.

Shall we design a system around those people? Or shall we design it around a minority of people who will end up gaming whatever rules are put in place to prevent abuse (they get good at this – it’s their ‘career’ after all)?

Sadly, from what I’ve seen, much of that part of the system is geared around the minority, making it less effective at performing the insurance role it’s meant to.

The other policy problem I detect is that those supporting the welfare state are often those who also support terrible economic policies (Jeremy Corbyn being just the latest example).

Making sure someone’s family doesn’t starve when they lose their job is a good idea.

Burdening the industries that could pay for it – whether through nationalisation, pointless regulation, price setting, excessive taxation and the rest – is a bad idea.

A balance must be struck. I don’t know what it is, policy has never been my area (adapting to circumstances, such as choosing where and when to invest, feels a much more attainable goal than seeking to shape them).

Maybe it’s not possible to strike the right balance. Maybe not enough people want to pay to help others out.

If so, we should just be honest about that.

But, of course, it’s not what people want to hear. We’re told that people have been “turned off” politics. Perhaps they just don’t like messy compromise and the constraints of reality.

Do I Understand the Misery Faced By Those on ‘The Other Side of the Tracks’?

This is where we came in.

The short answer is no. I feel I’ve had a very privileged background.

No money growing up, but nothing compared to what some poor sods go through.

That said, I have had a sad glimpse at how government policy is affecting people’s lives.

Someone very close to me relies on Disability Living Allowance. In no position to hold down a job, she’s terrified that ongoing “reforms” might leave her unable to make ends meet.

She’s read about the assessments by people with no medical qualifications who could decree she is fit to work when she’s anything but. She is willing to work, and occasionally able.

But only very occasionally. Her condition means that much of the time she can barely move.

Anyone who has run a business or worked as a manager knows the problems caused by unreliable staff.

If someone doesn’t know until the day whether they can come into work – and then regularly finds that they can’t – well, it makes things difficult, and that’s an understatement.

Despite her very real disability I fear she may be declared ‘fit for work’ and left at the mercy of a system designed for the needs of those who don’t face her difficulties, and geared around rooting out scroungers rather than providing meaningful help.

But I guess it will save money. Stark to say, it might save even more if she killed herself. I apologise for saying something so shocking, but I don’t do so idly.

Google ‘suicide disability benefits’ if you have the stomach.

That’s a bleak note on which to end, I know. It’s a bleak world for many people.

Problems are real. Solutions are expensive.

Maybe the answer to whether you’re left or right wing depends on which of those two sentences to give more weight to.

You can weight them equally, but that’s brain-hurting.

Or you can focus your energy on adapting to the world rather than trying to change it.

Cowardly? Maybe. Maybe that’s who I am.

And on that note, I’ve a newsletter to get into production.