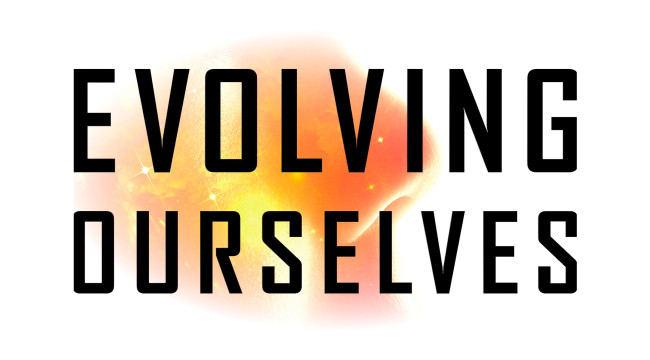 (Adapted from the introduction to Evolving Ourselves, by Juan Enriquez and his partner Steve Gullans.)

Imagine we somehow plucked Charles Darwin out of his nineteenth-century home and placed him smack in the middle of modern-day Trafalgar Square, London. What would he make of it?

After the brutal disorientation, this dissector of human strengths and foibles would start to observe: How can everything be so clean and orderly? Where is the soot, horse dung, squalor, gruel, stench, ailments? No fleas? And where are all the Oliver Twist-like urchins? Everyone seems so well fed — in fact, way overfed. People look familiar but also very different; where did all these tall folks come from, and why are so many large, but weak? Why are there so few kids and so many old people — and why do the white-haired folk look so healthy?

Darwin would marvel at the variety of foods, halal carts, taco trucks, schnitzel stands and rolling organic juice bars. But he would also wonder about the signs that read: PLEASE INFORM YOUR SERVER OF ANY ALLERGIES. Then he would focus even closer. Everyone looks clean and has teeth. Children can read and have free time to play… but why are adults running through Trafalgar Square wearing short pants and neon shoes? Why don’t some of the old people have wrinkles? Why are many kids and elderly drawing deep breaths from inhalers?

When you know what to look for, the symptoms of rapid evolution are all around us: in just 150 years the human species has changed. We have redesigned our world and our bodies while at the same time becoming an ever more domesticated and smarter species. But taking control of our own rapid evolution include explosions in autism, allergies, obesity and a host of other changes, not all positive ones.

Until relatively recently, only a minority of humans lived in the kind of poverty depicted in the works of Darwin’s contemporary, Charles Dickens, in cities where destitution, sickness, filth and early death were commonplace. The majority of people lived much closer to a state of nature in the brutal world Darwin described in his most famous book, On the Origin of Species by Means of Natural Selection, where nature was the ruler and driver of evolution and two key forces determined what survived and thrived on this planet: natural selection and random mutation.

To recap Bio 101, natural selection means that you see only those species that adapted to a particular environment well enough to reproduce generation after generation. In other words, “survival of the fittest.” If a given group of creatures does not find enough food, fend off predators and diseases, and find suitable and healthy mates, that species goes extinct. Random mutation means that the core genetic code, the DNA that underlies our biological traits, slowly varies through chance from generation to generation. Usually these changes are benign and unnoticeable. Occasionally significant changes help individuals reproduce and survive better than their ancestors. But sometimes they can lead to horrible genetic diseases.

If Darwin were to write the Tale of Two Cities, to play again on his famous contemporary, he would describe vast and unrelenting change. For nearly four billion years, nature selected what lived and died. Life forms adapted by mutating randomly so that at least a few specimens sometimes hit the jackpot and survived as environments altered, pathogens evolved, new predators emerged, and food sources changed.

We don’t want to suggest Darwin was wrong; just that he is not right anymore. Over the past century, as our species grew by billions, concentrated in cities, smartened and domesticated itself and its surroundings, we became the fundamental driver of what lives and dies. This change is so radical that if Darwin were alive today, he would likely revise a significant part of his great works, because the basic logic of evolution has shifted away from Nature to two new drivers: Unnatural selection and nonrandom mutation.

Darwinian logic and nature continue to define and drive the evolution of all life in places where humans do not yet impose their will — in those spaces untouched by cities, farms, parklands and vacation homes. But these once vast tracts are now rare. Half of the landmass on Earth is now covered by what humans want, not by what would naturally grow without the intervention of our species. Oceans, rivers, and lakes are depleted. In just a few centuries, we have terraformed, fertilized, fenced, seeded and irrigated enormous sections of what was once forest, savannah, desert and tundra to accommodate our plants, our animals, our wishes. This is unnatural selection.

In the past couple of decades, the pace of evolution ramped up fast as humans invented ways to deliberately redesign the genetic code of living organisms. We developed powerful, cheap, and rapid ways to read, copy and edit the genetic code of bacteria, viruses, plants, animals and humans. When we engineer cancer-prone mice and long-lived worms, we alter not just how many of a species exist but also the essential nature of the species. It is this new phase, nonrandom mutation, in which we substitute random, slow evolution, with rapid, deliberate, intelligent changes that would shock Darwin.

What thrives on Earth now depends on an evolutionary seesaw. On one side sits the full weight of nature, of the traditional forces of evolution, natural selection and random mutation, leading to extraordinary diversity, continuous extinction and speciation. On the other side sit the wishes of a single species, H. sapiens. Darwin wrote extensively on what happens when plants and animals are domesticated and redesigned by humans. But he did not make the logical leap that should these trends continue, humans would end up extending their influence to encompass the planet and themselves, matching and then exceeding the forces of natural selection and random mutation.

While many instinctively associate the word “unnatural” with bad stuff, our transition away from Nature toward a more gentle and weakened “nature” has been spectacularly successful and beneficial to humans. Life expectancy in the U.K. in 1856 was 40.4 years. Now, because “we are the only species to have put a halt to natural selection, of its own free will,” we live almost twice as long and more than 99% of our babies and children survive in the developed world. In domesticating plants, animals, environments and ourselves we increased not just survival but also our quality of life.

Along this journey we acquired an awesome responsibility; as we select and design what lives and dies on this planet, we drive evolution. Our ability to read, copy and rewrite life code now accelerates faster than Moore’s law for improvements in computers, making it even faster and cheaper to redesign flowers, develop exotic foods, build bacteria to manufacture therapeutics and design animals that serve and entertain.

The first part of Evolving Ourselves showcases various symptoms, and potential causes, of rapid human-driven evolution. The second section explains the various ways we have of altering life forms and how to quickly change any species. In the third, we cover what it means to read and write life code to our own specs, and what happens as we begin to edit life forms on a grand scale. Then we discuss how we might choose to evolve ourselves and some of the ethical implications of these choices. Finally, we explore using our newfound powers to revive and restore the extinct, speciate ourselves, design life forms, perhaps even leave the planet.

What does it mean to leave a part of Darwin’s theory behind and enter a new paradigm of human-driven evolution? It means we increasingly bend nature to our own desires. Many of the sick or weak are no longer relentlessly culled by natural selection. This transition away from nature operating and guiding lifer forms to our doing so may just be the single greatest achievement and challenge, so far, for the human species.

As a result we can begin to answer questions like: How do we want to design life? What do we want humans to look like in a few hundred years? Do we want other hominin species walking around? What should we do with the synthetic life forms we are already creating?

While there are certainly many wrong and perilous answers to these questions, getting it right potentially means continuing to improve the overall human condition, leading to better health, longer life spans, and greater control over our daily lives. There is already much discovery to proud of, and the adventure of controlling and guiding life has just begun.

Juan Enriquez
for The Daily Reckoning

P.S. Today’s email edition of the Daily Reckoning showed you how to get my newest book, Evolving Ourselves, shipped to your doorstep free. It was all part of an interesting discussion Addison had with readers on President Jimmy Carter’s recent revelation that he was cancer free. That news came today, just a few months after he was diagnosed and thought he had only weeks to live. Signing up to receive the DR is absolutely free — and you’ll get the most relevant and entertaining 15 minute read of your day. Click here and enter your information to start receiving it now.

“The ghosts of 2007 are all around us”…  Is the Fed deliberately trying to sabotage Trump?…

Juan Enriquez is a best-selling author, businessman, and leading authority on the economic and political impact of life sciences. He is chairman and CEO of Biotechonomy, a life sciences research and investment firm, and managing director of Excel Medical Ventures, a venture capital fund. He is the author of Evolving Ourselves: How Unnatural Selection and Nonrandom Mutation are Changing Life on Earth. Enriquez serves on the boards of Cabot Corp, Harvard’s David Rockefeller Center Visiting Committee, Tufts’ EPIIC, and Harvard Business School’s PAPSAC. He served as CEO of Mexico City’s Urban Development Corp, coordinator general of economic policy and chief of staff for Mexico’s secretary of state, and as a Peace Commission member in the Chiapas’ Zapatista rebellion cease-fire negotiation. His BA and MBA are both with honors from Harvard.