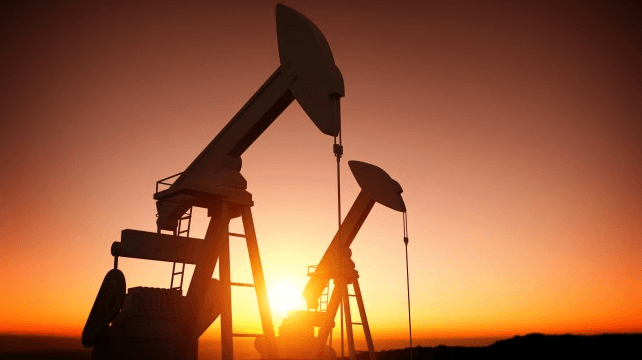 LONDON — Gold and the euro look to have been the big winners this week.

The FTSE is down. Oil remains in the doldrums.

I’ve had some interesting discussions about oil in recent months. They’ve tended to focus on the massive shifts continuing to take place on the supply side – and they are indeed massive.

I feel though that not enough weight is put on the demand side of the story.

“It’s nothing to do with demand,” one analyst told me a couple of months back. I’m not so sure.

First, let’s refresh our memory of the supply side factors that have pushed oil lower.

As I’m sure you’re aware, the changes in oil supply can be summed up in one word: shale.

I wrote about shale at the start of the year. You can read that piece here to see my take on how the technology has fundamentally changed supply side of the oil industry.

Since then we’ve seen oil prices recover a bit, only to then slump again.

Ambrose Evans-Pritchard at the Telegraphwrote a very interesting piece earlier this month arguing that Saudi Arabia could face an “existential crisis” by the end of the decade is oil prices don’t recover.

That’s because it relies so heavily on oil revenues to fund government spending.

There’s an irony here. Saudi Arabia was instrumental in exacerbating the oil slump at the end of last year, when it decided at November’s OPEC meeting not to cut production to support the price.

The rationale was that shale producers needed a high price to stay in business. Let the price fall and they’ll go bankrupt – along with those who financed them. That was the theory.

It hasn’t really worked. Shale oil production has dipped a little recently, but remains above where it was a year ago.

The problem with the bankrupt-the-shale-guys thesis is that the technology is still improving substantially. This is allowing many producers to live with lower costs by producing more efficiently.

There’s another, subtler dynamic. If a producer does go bust, it leaves behind a pile of assets that someone else can buy at fire sale prices.

The result is that new players can enter the industry at a lower fixed cost base – meaning they can live with lower prices.

The upshot is that shale producers are learning to live with lower prices, making it harder for OPEC producers to regain market share.

The above gives you a rough outline of how shale is contributing to overcapacity in the oil industry.

A good friend from university works for an oil & gas services firm. We regularly chat about the outlook for oil, although those chats have become more sombre since his employer started laying people off.

People are leaving the industry in droves, he says. Last week he told me of a colleague who’s left to start his training as an accountant.

I reckon it’ll take a while for the overcapacity to be ground out. That’s generally the way when a boom period encourages high investment in production. The bust is painful.

As I mentioned earlier, though, I don’t think it’s all down to the supply side.

Look at it this way. If the world economy were powering ahead, it would be guzzling all that extra crude. We may expect to see a fall in prices, sure, but a collapse like the one we’ve had (and which has been mirrored across the commodity space)?

So I’m not convinced by arguments that lower oil prices will help the world economy. I think much of the causality runs the other way.

The Economic Data Are Not Encouraging

Besides, we know the world economy doesn’t look healthy. Look at China. The headwinds facing China hit the headlines dramatically with this week’s currency falls.

This morning came news that the French and German economies grew by less than expected in the second quarter (no Q2 growth at all in the case of France).

German growth has been supported by strong export performance, in turn helped by the weaker euro. But will that last?

Jim Rickards has a theory that likens currency depreciations to a section of soldiers sharing a single canteen of water. Each solider takes his turn to have a sip and pass the canteen along.

In a similar way, each country/currency bloc takes its turn to try and benefit from a weaker currency. Then they pass the canteen along.

According to Jim, this has been a key dynamic in the currency war we’ve had over the last few years.

I started the week musing about the US dollar, and whether its period of strength against the euro is drawing to a close for the time being.

My jury’s still out. The euro’s gains this week have further tempted me to think we may be witnessing a shift. But I’d prefer to let the ripples from the China devaluation do their thing for now.

One of things I do when I’m not writing to you is look at ways to play trends like this. I’ve got a couple of ideas, but nothing nailed down yet.