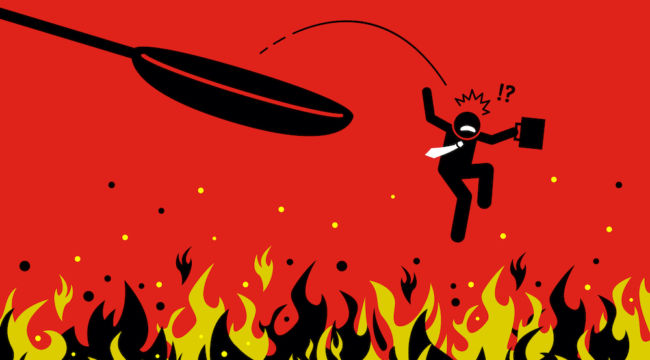 The United States economy took on 22.13 million jobs during the past 10 years. Yet it has given back 22.03 million within the past four weeks.

Rather, 22.03 million jobs were deliberately strangled out of the economy. The “lockdown” was, after all, self-imposed.

April unemployment may nonetheless scale 17% — a post-WWII record. Let us not forget:

Behind each cold statistic beats a human heart, a broken heart. Our men forward us the following information:

Each 1% increase in the unemployment rate may yield up to 30,000 fatalities from suicide, alcohol, drugs and related deaths of despair.

We are further informed that each 1% unemployment increase elevates the odds of death the following year by 6%.

We do not know if the figures have full accuracy. But we suspect there is a high degree of justice in them.

Meantime, one recent survey revealed that 41% of working adults claimed only enough savings to see them through for three months.

If the present economic paralysis represented a mere suspended animation — if the idle returned to duty within three months — the blow would not prove fatal.

Yet many will be turned out forever and ever, orphaned and abandoned. Their positions will be permanently deleted.

Many will be unable to take up employment in new lines. How will they rub along on three months’ savings?

Government checks will only take them so far.

Meantime, the top man at the St. Louis Federal Reserve hazards this estimate:

No economy can withstand months and months of it.

The lights must flicker back on, the machinery must begin to whine, workers must punch the clocks.

Else the cure will prove deadlier than the disease that afflicts us.

When will the economy reopen its doors for business?

The question is easier asked than answered.

North Dakota has issued “guidelines” to open up May 1. But with the highest respect… the Peace Garden State is not central to the United States economy.

New York’s economy represents a much larger chunk. And Gov. Andrew Cuomo has extended the statewide jail term through May 15.

California — an even larger chunk of the national economy — is no closer to opening.

But what the nation is losing in output… it is gaining in debt.

The entire economic and financial system was dreadfully indebted before the pandemic.

Now it is plunging deeper and deeper into debt without the economic activity to cushion the cost.

The Federal Reserve’s balance sheet is expanding to dimensions truly obscene… like a 600-pound man with a mania for donuts.

And governments are ladling out reams and reams of borrowed money. That is, money they do not in fact possess.

Who will pay for it? And what good will it work?

The miracle of water into wine — of the Keynesian multiplier — says each watery dollar yields a surplus of rich wine.

It is therefore an “investment” in future growth.

The theory may have something in it under debt-free conditions.

But today’s system is so soaked through with debt… additional debt yields not wine… but vinegar.

It subtracts rather than adds.

Well Past the Point of Diminishing Returns

Economists Kenneth Rogoff and Carmen Reinhart have arrived at this conclusion:

The United States entered the present catastrophe with a debt-to-GDP ratio of 105%.

Now debt is galloping ahead under full steam. But GDP is going backward. The ratio will only increase. And growth will lag even further.

Perhaps Rogoff and Reinhart are off — critics allege they are.

But we do not believe that plunging deeper into debt will lift up the gross domestic product.

We certainly expect no V-shaped recovery like the rah-rah men gabble about.

We expect rather a protracted guttering along, an extended economic lethargy, a long, cold drizzle.

What is more, much of current debt is “unproductive.” That is, it holds no theoretical promise of return.

Some 50% of all Americans already receive at least one federal benefit.

Even pre-crisis, this federal transfer spending — largely spending that shovels money to those who did not earn it — was on the track for a record $3.22 trillion this year.

But comes your objection:

“My taxes pay for Social Security, Medicare and Medicaid. How can you call those transfer payments when I in fact pay for them?”

Yet these programs qualify as transfer payments under United States accounting rules.

We remind you that was before the present crisis. And now?

The Difference Between Today and the Great Depression

Take the year 1940 as your comparison. The United States government dedicated a mere 2.1% of GDP to these types of payments.

Meantime, not a single one of these past 11 years exceeded 3% growth. This year certainly will not. And the next several may be spent simply clawing out.

Deficits to the Moon and Beyond

Thus we arrive at this sad conclusion:

Many American households drain more money out than they pour in. And less real growth supports the operation.

The tax stream is running dry… while the demand for government relief inflates to extravagant dimensions.

Annual deficits may surge to $2 trillion — or $3 trillion.

But these Pollyannas never accounted for recession — much less depression.

Meantime, CBO previously projected that debt service would rise to $915 billion by 2028 — nearly 25% of the entire budget.

For some slight perspective, consider:

Interest payments in this second scenario would swamp the entire federal budget.

How America is to rebuild its finances, we do not pretend to know. We are certain only that debts that cannot be paid will not be repaid.

Default of one form or other appears inevitable.

But let us stow our worries, draw a smile across our features… and take heart.

For the stock market was up again today…