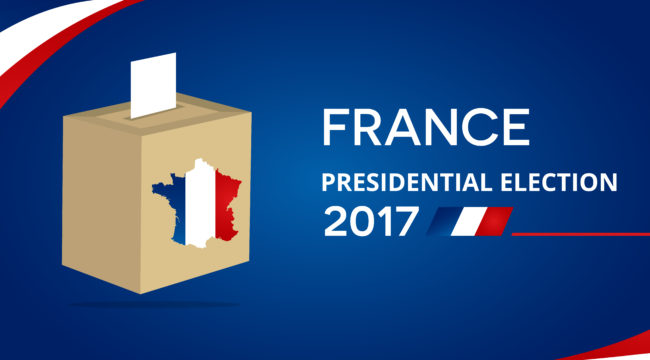 Macron Will Win the French Election

World markets breathed a sigh of relief on April 23 when the results of the first round of the French elections were announced.

The independent centrist candidate Emmanuel Macron, who markets prefer, edged out nationalist candidate Marine Le Pen in the first round of the French election. Macron won 23.8% of the vote to Le Pen’s 21.5%.

Macron is a left-of-center candidate with globalist views who supports the European Union and the euro. Le Pen is a right-wing nationalist running on an anti-immigration platform who has pledged to hold a referendum on leaving the EU.

Of four leading candidates in the first round, only those two survived to contest a second round scheduled for this Sunday, May 7.

Voters from four of the five major parties opposing Le Pen will likely unify around Macron, making him the likely winner in Sunday’s final round.

Immediately after the April 23 vote the polls showed Macron with a commanding lead in the second round, about 60% for Macron to 40% to Le Pen. Now, just two days remain until the election. And if anything, that lead has widened.

As of today, four new polls show Macron winning 62% of the votes on Sunday, compared to just 38% for Le Pen.

Macron’s strong showing in this Wednesday’s televised debate seems to have boosted his numbers. Le Pen was criticized by many for her aggressive approach, which may have alienated centrist voters.

But we only need look to Brexit and the election of Donald Trump to demonstrate the fallibility of polls.

With Brexit, most polls had given “Remain” a two-point lead heading into the referendum. It narrowed towards the day of the referendum, but most still gave “Remain” the edge.

Heading into November’s U.S. presidential election, most polls gave Hillary Clinton about a four or five-point lead. The last Ipsos tally, released just one day before the election, gave Clinton a 44% to 39% lead among likely voters and a 90% chance of winning the election.

We all know what happened.

The point being, polls aren’t always right. And despite the polls, there are several wild cards that could tip the race to Le Pen.

There are only three paths for Le Pen:

1. Complacency among Macron and his followers, who may not turn out on Sunday since they think the election is in the bag.

2. A “May surprise” from Putin if he hacked Macron and has some extremely damaging information.

A last-minute leak of damaging information that could disqualify Macron from serving as President of France. It is well known that Le Pen and Putin have a good relationship and Russian interests have loaned significant sums to Le Pen to support her campaign.

3. What you might call a “spectacular” terrorist attack, similar to 9/11 or the Nov 2015 nightclub attacks in Paris. That could turn sentiment toward Le Pen.

But time’s running out for such a scenario.

I don’t rule these possibilities out, but they are wild cards, not fundamental analysis.

Now, let me be perfectly clear. I fully expect Macron to win this Sunday. I think the polls have it right this time.

A victory for Le Pen would be an earthquake. It’s not priced into markets. So we have an asymmetric situation where a Le Pen victory would produce huge gains for those betting on her. These kinds of asymmetric trades don’t come along every day, and they can produce windfall profits if they pan out.

Again, I believe Macron will win. But feel free to take a chance on Le Pen if you have a strong conviction she’ll win on Sunday (see above for details).

Everything points to a Macron win the election on Sunday. But in the immortal words of baseball legend Yogi Berra, “It ain’t over ‘till it’s over.”

And Putin hasn’t voted yet.