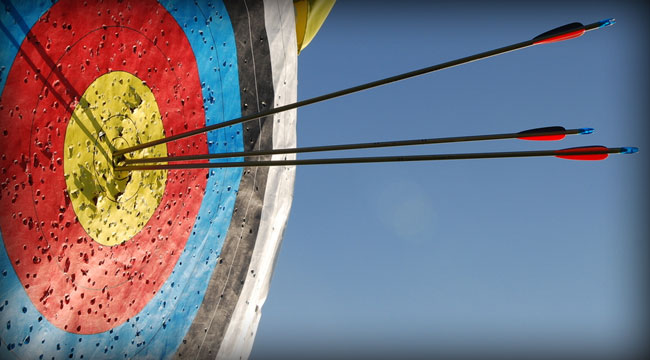 Nothing in politics is new… except for the euphemisms.

Premise: In math, science and technology, learning is linear. Each idea gets built on the innovations that have gone before it. In politics and economics, as in love and war, we keep making the same dumb mistakes over again.

Exhibit A: Yesterday’s Financial Times’ spin on our favorite Pacific island experiment with Democratic capitalism: Japan’s Prime Minister Shinzo “Abe Unveils ‘Third Arrow’ Reforms of Low Tax and Deregulation.” We read the piece… so you don’t have to. We’ll do our best to spare you the cheesy archery quips replete in the article.

“Shinzo Abe, Japan’s prime minister,” the FT reported, “finished outlining his economic reform plans on Wednesday by promising to relax rules governing the sale of nonprescription drugs and allow selected cities to experiment with lower taxes and deregulation. The proposals [are] included in a broad ‘national growth strategy’ that the government plans to approve next week.”

It’s about time. Finally, somebody’s going to do something about the darn Japanese economy.

The Nipponese bond and equities markets have been on a crazy ride. Yields have risen despite the BOJ buying $68 billion of JGBs per month and the Nikkei has dropped 20% since its May 22 peak — moving into official bear market territory.

Now this so-called “third arrow” of tax cuts and deregulation will add the hollow point to Abe’s policy quiver.

“If it is necessary for growth,” said Abe, “I am prepared to face any obstacle.”

“So far, Mr. Abe has laid out a list of targets but offered few details about how they will be achieved,” writes FT. “He wants to double farm incomes, tourism and foreign direct investment, triple exports of transport and power-generation equipment and boost annual corporate capital investment by 10%.”

“The idea is that the measures will push up prices and end 15 years of deflation, leading to more robust growth for the world’s third-largest economy.

“The program has helped weaken the yen and dramatically boosted the profits of exporters, driving the Nikkei index through the roof in the process.

“The volatility has left investors wondering whether policymakers can pull off their high-wire act while avoiding the pitfalls inherent in spurring growth in the world’s most indebted country.”

The details might be fuzzy, but we get the feeling we’ve seen this missile’s trajectory before. In Empire of Debt, we examined a similar situation playing out in ’70s and ’80s:

“Traditional economists — mostly empire builders and world improvers, but of the Keynesian variety — had gotten themselves stuck on a teeter-totter. On one end sat inflation. On the other was employment. They could press down on one end, but the other would rise up and hit them on the chin.

“Milton Friedman, among others, warned that Keynesianism was just folderol. As soon as people realized what the government was doing, the jig would be up. They would merely raise prices in anticipation of inflation, without increasing production. Stagflation — rising prices in a sluggish economy — would result. Other economists pointed out that any attempt to manipulate the business cycle would fail for the same reason. Once the policy was known, people would adjust behavior to it, nullifying its effectiveness. They would not mistake inflation for greater demand: They would not increase production; they would not spend more money. The only thing policymakers could possibly do that would have an effect would be something people did not expect. And that could only be a policy of random manipulations — which would cause further confusion and who-knew-what results…

“Along came the supply-siders. They had no real solution. But at least they had a way to hide the problem. What both the public and the politicians wanted, they noted, was employment without price increases. They wanted a booming economy and no inflation. Voters wanted money from government; they also wanted to lower taxes.

“The supply siders’ proposal seems to offer something for everyone — at no cost to anyone. Taxes could be cut, said Arthur Laffer; lower taxes would create such a boom that output would go up — eliminating inflation.”

Critics of the supply side revolution dubbed the plan “Reaganomics”… today in Japan, it’s been creatively dubbed “Abenomics.” We suspect the outcome will rhyme similarly.

You may recall we recently interviewed Lewis Lehrman at his home in Connecticut. Lehrman was one of the “men in the room” during discussions that lead up to the economic policy mix they believed would usher in a new era of prosperity and fix the disaster of the decade prior. They believed economic reform required four “legs” — low taxes, deregulation, balanced budgets and sound money.

“All four legs of the table had to be built at the same time.” he explained to us. “To just go with two legs, namely tax rate reform or deregulation, you’d have a very unstable table, sitting on two legs.” The table analogy fits present-day Japan. The setup for the fall is the same, but the stakes are higher.

By the end of the 1980s, “Reaganomics” shoved U.S. debt above 40% of GDP — a fact Reagan himself lamented. “He said one of the great disappointments to him,” Lehrman mentions, “was that he was unable to get control of the budget.”

If Abe continues the analogy — cutting taxes and regulations but failing to balance the budget or produce a sound currency — he will likely outpace the Gipper in the disappointment department too. Take a look at our island ally’s situation: 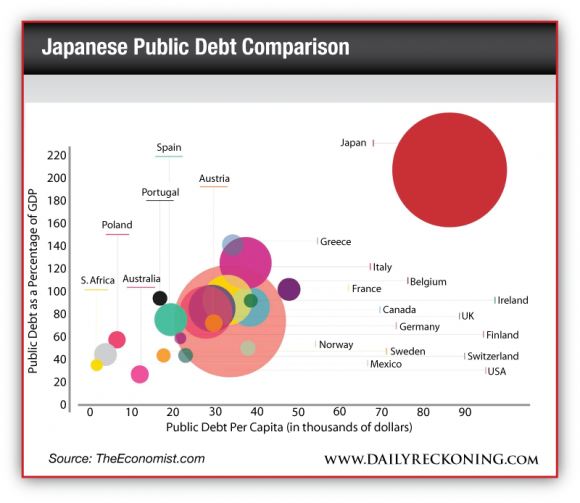 Go to the mall and rack up a bill worth two times your annual income. See what happens.

But go and ask your neighborhood economics professor and he’ll tell you it’s not the same thing — countries don’t die. They don’t need to pay down their debt the same way an individual does.

We’ll see how that flies over the long run in the bond markets. As Japan goes… so goes the west.

Addison Wiggin
for The Daily Reckoning
[Ed Note: The great experiment by governments led by Abe will bode well for gold. But we’re predicting an even bigger boon for you who hold the physical metal (you do hold the real thing, right?). We’ve dubbed it the “Zero Hour” — when trust paper claims on gold snap… sending the price for you to own physical metal much higher. That’s why you need to mark your calendar for June 11, 2013, at 11:00 am EDT. 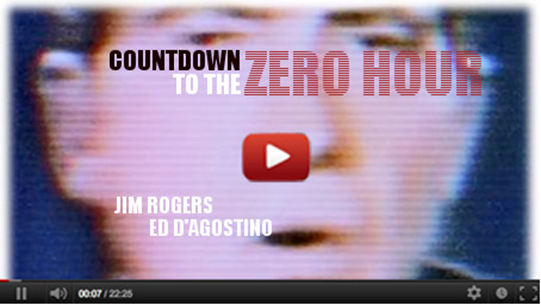 We’ve assembled a free, must-see online seminar for you with precious metals expert Jim Rogers and Hard Assets Alliance. It’s called the Countdown to the Zero Hour. If you haven’t signed up yet, click here…it takes only a minute and could change your fortunes.]