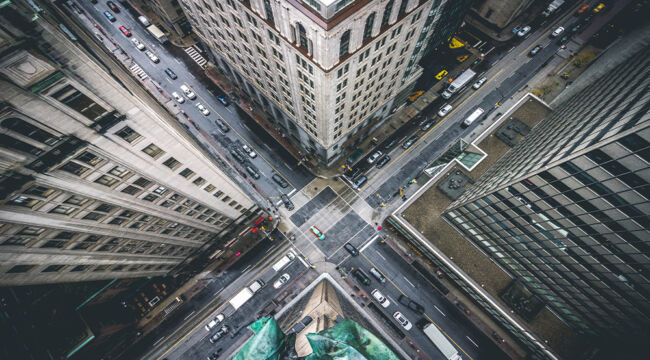 Just as I predicted, the Fed raised the fed funds target rate (also called the policy rate) today by 0.75%.

That’s the steepest, fastest series of Fed rate hikes since the Paul Volcker days in the early 1980s.

Today’s hike demonstrates that the Fed is still deeply serious about fighting inflation, cooling the economy and withdrawing its easy-money stimulus.

I said that I predicted today’s move, but in reality the Fed telegraphed it in advance through a combination of leaks to favored reporters in the mainstream media. That’s part of the “no drama Fed.”

They don’t want to surprise markets or disrupt markets, and they didn’t. The 0.75% rate hike was fully expected by market participants and was fully priced into stock and bond prices before today’s announcement.

That’s part of the reason why the stock market immediately spiked after the 2 p.m. announcement. Markets can handle disappointing news as long as they expect it.

More importantly, markets spiked because the Fed’s statement gave investors hope that a policy change could be coming, saying it “will take into account the cumulative tightening of monetary policy, the lags with which monetary policy affects economic activity and inflation and economic and financial developments.”

A Bucket of Ice Water

But at Jay Powell’s post-announcement press conference, he threw cold water on investors’ heads when he said, “We still have some ways to go and incoming data since our last meeting suggests that the ultimate level of interest rates will be higher than previously expected.”

In the Q&A session that followed, he added, “It’s very premature to be thinking about pausing.”

The stock market erased all its post-announcement gains and sank into negative territory as it digested Powell’s comments.

He’s basically saying, “Sorry guys, I know we’ve conditioned you for years to expect a return to easy money. But this is a different time. We’re dealing with serious inflation here. And we’ve got a long way to go before we can ease up. There won’t be any ‘pivot’ anytime soon.”

The Fed Floats a Trial Balloon?

Perhaps the Fed’s initial statement was meant as a trial balloon to test the market’s reaction. If the market remained flat or declined, the market would have “gotten the point” and he wouldn’t need to add any hawkish language to kill a potential rally.

But since the market took off following the announcement, Powell made his hawkish statements to squash the rally.

If that was the plan, it certainly worked. The Dow crashed 505 points by the end of the day, about a 900-point collapse from its post-announcement peak. Meanwhile, the S&P lost 96 and the Nasdaq lost 366 points.

The question now is what’s the Fed’s next move?

The next FOMC meeting is Dec. 14. The Fed will certainly raise rates at the meeting. The rate hike will most likely be 0.50%, although a 0.75% hike cannot be ruled out depending on inflation and unemployment data received between now and mid-December.

We can be confident that we’ll know the Fed’s next policy move in advance. As noted above, we’ll know because they’ll leak it in the week ahead of the meeting so the markets can price it in.

Remember, it’s the “no drama” Fed. I’ll watch the data carefully and provide ongoing forecast updates as the date approaches.

The Fed’s goal is to get the personal consumption expenditure (PCE) core rate to 2.0%. Right now, PCE core is rising 5.15% on a year-over-year basis. That’s an uptick from the 4.89% rate in August. If the Fed’s goal is to lower core PCE (it is), then things are not working out because the rate is still on the rise.

The Fed also gave us their interest rate playbook in two public comments by Jay Powell: his speech at Jackson Hole, Wyoming, on Aug. 26 and his press conference in Washington, D.C., on Sept. 21.

From there, the Fed will pause and let restrictive rates do their work. Powell estimated the pause might last for a year or more.

We’ll have two more employment reports (Nov. 4 and Dec. 2) and one more PCE core report before the Fed’s next meeting on Dec. 14. It’s premature to put a stake in the ground on the Fed’s next move after Nov. 2 because it will depend on what those reports show.

The Fed will no doubt take other factors into account in addition to core PCE and the employment reports. Cold weather, an energy crisis in Europe, a diesel fuel shortage in the U.S. and a winter offensive by Russia in Ukraine could all play a role.

All of these developments will play into a combination of higher prices for energy and weaker growth for the economy at the same time.

So what could go wrong with the Fed’s approach?

All Teed up for a Historic Blunder

We know what the Fed is looking at, but it’s likely the Fed’s ignoring other data that may be even more important.

Inverted yield curves in the U.S. Treasury market (from 6-month bills to 10-year notes) and an inverted yield curve in the Eurodollar futures market (long-term bets on short-term rates) are both signs of a potential global liquidity crisis.

This combination was seen in advance of the 2008 global financial crisis. Get ready.

In fact, unemployment is a lagging indicator — it goes up after the recession has started, not before, because employers delay layoffs as long as possible.

As I’ve been repeating for months, the Fed is committing a historic blunder, the latest in a long line since 1913. The Fed is tightening into a coming recession and possible financial crisis.

Every single time the Fed raised interest rates this quickly in the past, a crisis occurred in either the U.S. or somewhere else in the global economy.

By the time the Fed wakes up this time, the economic damage will be done.