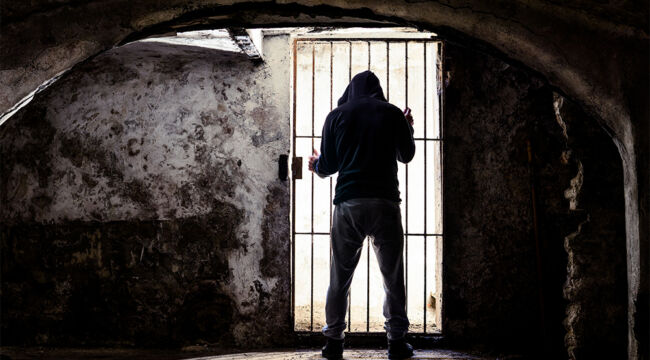 All week the CDC has been walking back one “guidance” after another. No more compulsory testing, no more contact tracing, no more social distancing, no more treating the unvaxxed differently than the vaxxed (though the “Joe Biden” regime still won’t allow unvaxxed travelers into the USA), no more vax mandates (except, apparently, for the U.S. military).

The CDC seems to think nobody will notice its crimes, and the crimes of its sister agencies, FDA, NIAID, NIH (and the White House Task Force) if it strolls jauntily into the fall season whistling a happy a tune: Never mind COVID anymore, la la la….

Sorry, not so fast. Did I say “crimes”? Yes, I did. As in gross violations of the law and the basic social contract.

They lied about their roles in the nefarious origins of SARS CoV-2. They conjured up dangerous genetic treatments masquerading as “vaccines” and then they faked the safety trials to rush them into use.

They denied people proper, effective treatments with inexpensive drugs and killed them with ventilators and remdesivir — solely to maintain a fraudulent emergency use authorization (EUA) that shielded “vaccine” companies from lawsuits.

Once the “vaccines” were widely distributed — and forced upon many people with mandates — they confabulated and hid information about adverse reactions and deaths.

They also destroyed countless small businesses, livelihoods and households and hindered children’s development with lockdowns. And they used both social and news media to censor their critics in direct violation of the First Amendment. They continue to hide their information, lie when pressed and pretend that they are acting scientifically.

The Walls Are Closing In

But they’re too deep in the rabbit hole to turn back now. They know if they told the truth, they would be completely discredited and subject to criminal prosecution. Many public health officials must be secretly wondering how they will evade prosecution.

Well, they won’t when fraud is proven in a court of law.

Even with all the lies and redactions issued by the CDC and the FDA, the evidence is piling miles high that the Pfizer and Moderna drug trials were covered-up botches and the entire administration of the vaccine program has been an unnecessary disaster.

Fraud diminishes immunity from liability. In a just world, the pharma companies would go out of business and their profits clawed back in countless lawsuits. The drug company executives would go to prison along with Rochelle Walensky, Anthony Fauci, Scott Gottlieb and many of their lieutenants.

Oh, one more thing: They destroyed modern medicine. They will probably assist in the destruction of law, too, because the legal system will never be able to handle the volume of lawsuits against all parties involved in the COVID “vaccine” deception — including the corporations that forced their employees to get vaxxed and the pharma companies themselves, who will lose their EUA protections once their fraud is proven.

And they will hasten the death of an already ailing financial system that can’t bear the wealth transfers implied in the foregoing (on top of the worst debt crisis in human history).

You think I exaggerate?

We’re sailing into the flu season with millions of people whose immune systems are wrecked by multiple shots of mRNA novelty drugs. They are also susceptible to many viruses and bacteria that normally lurk in everybody’s bodily ecosystem, but would be controlled by an otherwise healthy immune system.

Likewise, their hacked immune systems are no longer able to suppress cancers — many forms of which are already way up above normal statistical levels. Not to mention damage done to cardiovascular systems by spike proteins, which can linger in human bodies for more than a year after “vaccine” shots, as well as neurological and brain damage.

They’ve now conceded that their “vaccines” do not remain in the deltoid muscle, but actually leak all over the body. Of course, if qualified medical experts said that during the massive vaccine push, they would have been accused of spreading “disinformation” and banned from social media.

Former Wall Street analyst Edward Dowd said Thursday (Aug. 18) that a Society of Actuaries report just made public shows that a 20% uptick in excess deaths among working-age people, which began with vaxx mandates in the fall of 2021, continued into the second quarter of 2022.

Why does that matter? Actuaries are the people who compile and analyze statistics for insurance companies. They deal in hard data.

Incredible and Impossible to Believe

Of course, the more sobering picture is that virtually all American institutions are now incredible, impossible to believe, starting from the top: “Joe Biden” as president. The executive branch of the government is being run by Barack Obama and a claque around him and is being run into the ground either on purpose or out of astounding incompetence.

Attorney General Merrick Garland flamboyantly disgraces the very idea of justice with Stalinesque political prosecutions. FBI Director Christopher Wray flouts every attempt to extract the truth about his agency’s operations, and at least half the country believes he’s turned it into a secret police operation like the Gestapo.

The college presidents and deans have dishonored the idea of truth-seeking with their cowardly submission to Jacobin-Marxist maniacs and their program of anti-knowledge. And who in America really trusts his doctor? (Not I. Mine is the “chief medical officer” of my network and he’s still pushing “vaccines.”)

An All-out Assault on the American Public

Meanwhile, the party in charge is otherwise basking in the glow of victory from Senate passage of the Inflation Reduction Act, an all-out assault on the American public, which said public is already well onto.

It’s yet another demonstration that legislation accomplishes the opposite of what its name declares its intentions to be. Reduce inflation caused by exorbitant government spending with a whole lot more government spending (of money that isn’t there)? Yeah, that’ll work, I’m sure (not).

As for “climate action,” expect only further economic destruction, probably deliberate and certainly idiotic. It’s not feasible financially, even with subsidies, to switch out all the internal-combustion cars and trucks for electric vehicles, which would have to run on power generated at its source mainly by natural gas and coal.

Nor, on the other hand, can the federal government make oil more affordable. Rather, Americans will just have to drop out from mass motoring and long-range trucking, which implies major changes in our living arrangements. That is exactly what’s actually happening now, by the way.

We Allowed This to Happen

The act will possibly trigger destruction of the dollar as the world’s reserve currency, and a stampede out of dollar-denominated investments, which is to say, a very severe financial crisis. Credit will freeze, the distribution and sale of goods will cease, interest will stop being paid on virtually all outstanding debt, the bond market will implode, few will have anything identifiable as money and there will be little in the way of everyday goods like food and gasoline to buy anyway.

You realize, of course, that this is a description of economic collapse. If things roll that way, there will be absolutely no trust left in the U.S. government.

But we allowed all of this to happen.

We tolerated this exorbitant abuse by runaway authorities-gone-criminal. We let them get away with their BS about “defending our democracy” when they are actively and visibly destroying it. We let them lie about spending hundreds of billions of dollars, claiming it will reduce inflation.

Serious people must be seriously asking themselves: What will it take to stop them now?