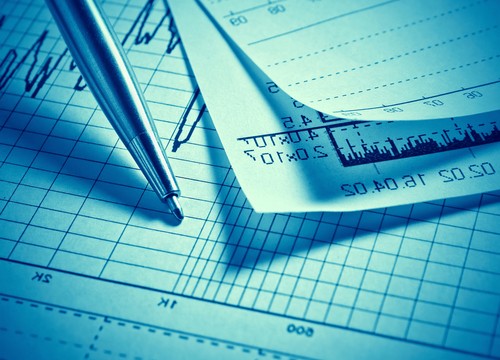 As singer-songwriter, Aimee Mann, poetically observes, “The moth [will] beat his wings ’til he burns them black”

…and so will many individual investors.

The dazzling glow of a rallying stock market draws them to the flame of “easy” winnings. But just about the time the winnings become seductively easy, the scent of scorched wings fills the air. Share prices tumble and zillions of investor-moths scorch their savings.

The telltale signs of a too-hot market are only certain in retrospect. But that doesn’t mean you can’t feel the heat building up ahead of time. The classic signs of an overheated market include both technical and anecdotal phenomena. A technical sign of a topping market would be something like a multi-year low in the VIX Index of implied volatility…or low levels of cash in equity mutual funds. An anecdotal sign would be something like a cab driver telling you his favorite stocks…or a celebrity flaunting his/her stock-trading savvy.

As it happens, some of these signs are evident today, in the here and now. The VIX Index — also known as the “Fear Gauge” — just hit its lowest level since right before the market peak of 2007. Cash levels in mutual funds total little more than 3% of total assets — the lowest level ever recorded! The last two times cash levels dipped below the 4% mark (1999 and 2007), stocks tumbled shortly thereafter.

As troubling as these technical signs may be, they lack gravitas without corroborating anecdotal evidence. We all have our favorites, but almost no type of anecdotal evidence terrifies as viscerally and persuasively, as “the celebrity-turned-stock-expert.”

During the waning days of the epic tech-stock bubble of 1999, for example, Barbara Streisand made headlines as a self-proclaimed stock market wizard.

“Barbra Streisand was talking with her good friend Donna Karan on the phone last fall,” Fortune Magazine reported in June of 1999, “and she told Karan she’d made $130,000 on eBay stock in just one month. Karan was duly impressed. As Streisand tells it, ‘She said, “Oh, can you do that for me? I’ll give you a million dollars to invest for me.” And I said, “You’re crazy, why would you do that?” She said, “Well, it sounds like you’re making so much money, so do it for me.” So I said, “I’ll do it if you’re willing to lose it. Are you willing to lose a million dollars? That’s the only way I’m willing to do this.”’

“The result was stunning,” Fortune continued, “After five months of intense trading, Streisand managed to nearly double her friend’s stake, to $1.8 million.”

The stock market tumbled a few months later. As for Streisand’s post-bubble investment acumen, both she and the Internet are eerily silent. The stock-trading exploits of the legendary songbird have all but disappeared from the public record.

Not to worry, sixteen year-old actress, Rachel Fox, has become the celebrity stock-trader du jour! Fox — who was actually a year younger when she posted the video below — describes herself as “one of the only 15-year old stock-trading actresses around,” and reveals that she “makes a lot of money doing it.”

“I make over 64% per year on my investments,” says Fox in the fifth episode of her video series, “Fox on Stocks.” And if you wish to learn how to emulate her investing success, the teenage actress explains, just tune in to Fox on Stocks.

Lesson One (which you can find at minute 1:56 in the video clip below): “Break out your iPhone…” Intrigued? Then check out the entire video for yourself:

Your editor wishes the cheery Miss Fox continuing success, both on the big screen and on the small iPhone screen that’s running her stock market app. But while racking up 64% returns, your editor hopes Miss Fox will remember that stocks sometimes go down. Or, to rephrase that observation in 2013 bull market terms, stocks don’t always always go up. And they especially don’t always always go up when almost everyone has convinced themselves that they do.

Where are stocks going from here? Your editor has no idea. In fact, like a jilted spouse, he is often the last to know. That said, he has observed that stock market lows rarely coincide with multi-year-low VIX readings, all-time low cash levels in mutual funds and “how to” investment advice from Hollywood celebrities.