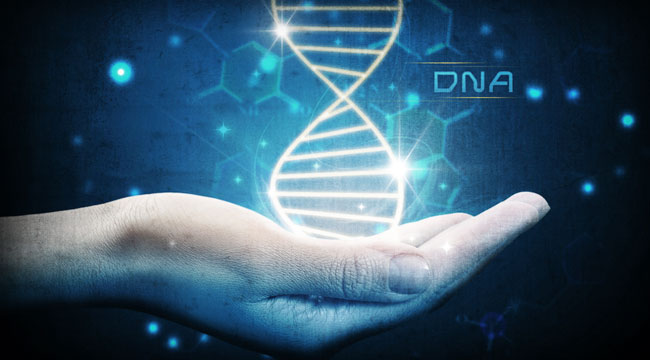 Lessons from a Bipolar Existence

I live a sort of bipolar existence. Each morning I come down… have a cup of tea… and read in the newspapers that the world’s falling apart. The financial system’s falling apart. The government’s broke. Europe is going down the tubes. Everything looks bad. There are wars all over the place.

Then, I step into my office or a lab and it’s a completely different, opposite world. It’s a world where you’re about to fundamentally change how many people you can feed, how you generate energy, how you make chemicals, what diseases you can cure, how long people are going to live, people are creating synthetic life, people are creating body parts.

I listen to entrepreneurs and they tell me the things they’re building that day, or that year, or that month. There’s this absolutely enormous wave of opportunity coming to generate wealth on an absolutely unprecedented scale. These projects are working to increase our lifespan, to attack Malaria, to eradicate Polio, etc.

The real statistics that should be in the newspapers are that there’s less violence and less wars going on today than almost at any period in history. People are richer today than at almost any period in history. And, by the way, it’s entrepreneurs, discoverers, scientists and researchers, who are generating this world. They’re doing so at a speed which is mind boggling.

Let me give you one specific example. What’s changed of our lives the most over the past 30 years has been the ability to use digital code. It’s created not just computers but the televisions we use, the iPads, the way we communicate, whole new languages like the texting language, which the kids are using today and more.

In the process of doing that it’s generating more wealth than any other single thing in history. Most of the places today that are wealthy are places like Silicon Valley, Taiwan, Singapore, and Korea which adopted digital code early. Even as the poorest societies on the planet India has now grown at 12%, is generating masses of jobs, and is the second largest software producer in the world.

What we’ve seen over the last 30 years is going to look incredibly slow as we begin to code life. And, as entrepreneurs go out and read life code, copy life code, write life code, there is an absolutely fundamental difference between the last 30 years and what’s coming. That is, software will build it’s own hardware.

No matter how you program a computer, you’re not gonna have a thousand computers in the morning. But, if you program cells, you can make energy and have a lot of energy, you can program medicines, you can even program things such that every copy of TheNew York Times is in cup of bacteria.

That era is going to make us live probably 50% longer than we think we’re gonna live. That era’s gonna make our grandkids live probably 100% longer than we think they’re gonna live. That era’s going to generate wealth on an absolutely unprecedented scale and it’s gonna allow us to address a series of fundamental problems at the same time as it creates a series of other problems.

Entrepreneurs are profoundly scary people to large swaths of society. Say society is wealthy and things work in it. Everyone takes their two week vacation every year. People have their cabin by the lake. They’ve got jobs.

But the key to a successful society is to tolerate people who you find unpleasant. What you find in history is, that in places like Florence, Hong Kong, Paris –in a whole series of places — there are art exhibits by nuts like Van Gogh that didn’t sell a damn painting because everybody found them weird, insulting or strange. But they tolerate it.

But there are two things that are really important for you to realize. First, these changes are going to occur and they’re going to occur at a faster rate. And if they don’t occur in your society, eventually what happens is that the society will become poor, jobless and, eventually, irrelevant.

Most societies, and most countries, across time, have disappeared. Most flags, borders and anthems have disappeared precisely because societies haven’t learned to adapt, and adopt, to change.

Juan Enriquez
for The Daily Reckoning

Juan Enriquez is a best-selling author, businessman, and leading authority on the economic and political impact of life sciences. He is chairman and CEO of Biotechonomy, a life sciences research and investment firm, and managing director of Excel Medical Ventures, a venture capital fund. He is the author of Evolving Ourselves: How Unnatural Selection and Nonrandom Mutation are Changing Life on Earth. Enriquez serves on the boards of Cabot Corp, Harvard’s David Rockefeller Center Visiting Committee, Tufts’ EPIIC, and Harvard Business School’s PAPSAC. He served as CEO of Mexico City’s Urban Development Corp, coordinator general of economic policy and chief of staff for Mexico’s secretary of state, and as a Peace Commission member in the Chiapas’ Zapatista rebellion cease-fire negotiation. His BA and MBA are both with honors from Harvard.