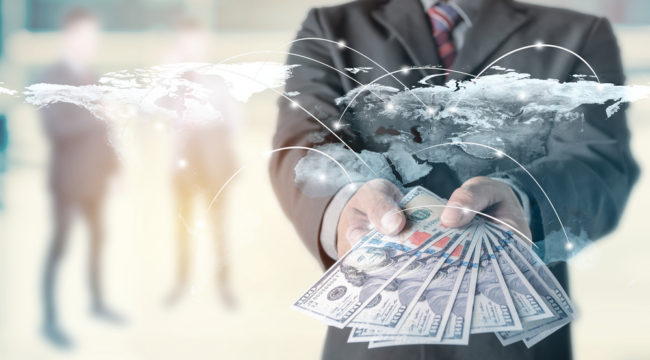 How to Legally Profit From Inside Information

On Saturday I introduced Daily Reckoning readers to a new and revolutionary market indicator, currently awaiting patent with the U.S. Patent Office.

As I explained, it’s a brand new tool that tips you off about impending big market news… before the news becomes public. So it lets you know exactly what to trade… and when to trade.

I’ve never seen anything like it in my 25+ years of trading. And to the best of my knowledge, there’s no other market indicator like it in the entire world.

As I explained the other day, what separates this special market indicator from all the others out there is one thing:

Virtually every other trading system that I’m aware of is based on price data. That is, they only trigger a “buy” signal when the price changes — after the big move has already happened. By the time you get in, you’ve already missed the biggest gains.

This revolutionary market indicator is completely different. It gives you the critical information you need before the big price moves happen. It lets you get ahead of everyone else in the market, and profit when the information finally becomes public.

All by “knowing” big news before it actually happens. And it’s easy to use, even if you’ve never traded a stock in your life. You just get in when you see a spike… and get out a few days later when the news hits the public.

That means you don’t have to tie up your hard-earned money in volatile markets. Or suffer through market crashes. Again, just by looking at these spikes, you can get ahead of big market news before it becomes public.

That could be news about mergers and acquisitions… surprise earnings announcements… FDA approval of a new drug… or any unexpected news that might trigger an explosion in the stock.

I’m talking about news that only insiders can possibly know about.

That’s all fine and good, you might say. But where’s the proof that this indicator works, that it can detect market-moving news before it reaches the public?

It’s a perfectly valid question. So let me show you a real-life example of this remarkable market indicator in action…

Let’s consider what happened with a medical company called Cynosure earlier this year. Its shares had gone absolutely nowhere for months and months. Then this special indicator registered a spike on February 10.

“Shares of Cynosure Inc. soared in active premarket trade Tuesday, after the medical company announced a deal to be acquired by….”

Nobody was supposed to know about the acquisition before it was public. The public only found out about it after MarketWatch published the news.

In other words, it should have been impossible for everyday investors to profit from this announcement. But incredibly, this special indicator knew something was about to happen… four days in advance.

That means it would have tipped you off about the major piece of news four days in advance,  giving you the opportunity to collect a 429% gain in just hours using my strategy.

If you invested $1,000 on a Friday, when this indicator first registered the spike, you could have cashed out with a profit of $5,290 on the following Tuesday.

Now, I realize this might seem like an unfair advantage. And in a sense it is. But the key is that it’s also 100% legal.

And it’s the only way I know for everyday investors to profit from the type of inside information that was once reserved for a select few.

Think of it this way..

Imagine someone has just lit a match. And think about what happens to the match in the following moments.

Because that’s how quickly valuable information flows in the marketplace. When there’s new information about an important market event like an acquisition, FDA approval, earnings surprise, etc., only a tiny handful of people know about it.

These are the people who are directly involved. In this analogy, they’re holding a match that’s just been struck. The information they have is hot like the flame.

Then the information starts to leak out. And the insiders start passing the burning match to others. First to friends and family members… then to brokers… then to Bloomberg or CNBC and other news outlets.

By the time a public announcement is finally made, the match is completely burned up. There’s nothing else left.

And the original information is now worthless because the stock has already spiked and the big profits have already been made. It’s now too late to profit from the news.

But like a secret agent planted in the room at the original deal, this special market indicator picks up the news in advance.

It’s no wonder there’s a patent pending on this remarkable tool. And amazingly, it can also slash risk by 25-50% if used correctly.

Here’s another example of this amazing indicator in action…

On February 28 it registered a spike for Weight Watchers. Once again, there wasn’t anything really going on with the company at that time. Its stock shares had actually been left for dead after so many disappointing earnings results.

But the very next day something amazing happened…

Weight Watchers reported much better than expected earnings. And its shares exploded higher. This came as a shock to everyone on Wall Street. As Forbes reported:

“The result left many on Wall Street licking their wounds. Investors had been massively betting against the shares of Weight Watchers, expecting they would fall.”

But again, this market indicator “knew” something big was about to happen. And had you used it, you could have turned that surprising earnings report into a 471% gain in one day.

Granted, that type of opportunity doesn’t come along everyday. But the bottom line is, you’ve never seen anything quite like this.

I’ve done tons and tons of back testing to see just how effective this special indicator is. And the results were nothing short of shocking.

That testing showed me this indicator has the potential to produce an average weekly gain of up to 350%!

That’s pretty amazing when you think about it. But that’s what all that testing showed.

And as of today, only 432 people in the entire world have been allowed access to this patent-pending indicator. I happen to be lucky enough to be one of them.

“This has to be the most powerful opportunity I have seen in 20 years and probably one of the most simple. I’m up about $19,000!,” raved one of those people with access.

Even though this patent-pending indicator is the biggest discovery of my career, I’ve never discussed it on TV or with anyone else — not even my own family members.

And the reason is simple. This was confidential information I wasn’t allowed to share with anyone. Not yet anyway. But that’ll soon be changing.