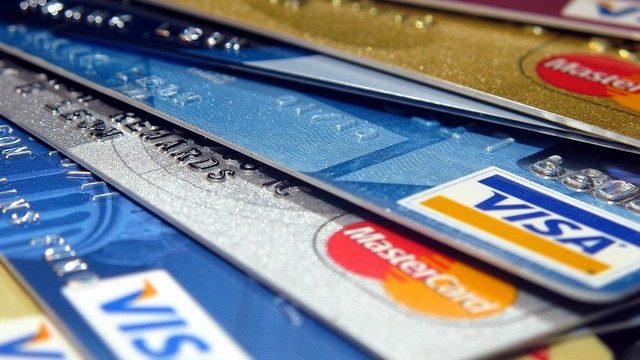 The Law of Cosmic Imperative

Where have I been? I admit I was cowering, like the spineless little weasel that I am, in the Mogambo Secret Temporary Bunker (MSTB), which I cleverly constructed in the living room using an overturned couch and some strategically-placed cushions.

That’s where I got an email from Junior Mogambo Ranger (JMR) Phil S., who sent an interesting essay he ran across. It was concerned with what we both, as educated people who recoil in mortal horror at suicidal Keynesian econometric lunacy, are both deeply, deeply concerned.

In summation, the author dryly noted that “conventional and unconventional policy tools aren’t working.” My Initial Arrogant Mogambo Reaction (IAMR), of course, is to reflexively snort in dismissive derision (“Ha!”) and predictably rise in loud, self-righteous rebuttal to say “Hey! You! Hold it right there! Policy tools of creating massive amounts of debt and the accompanying ballooning of the money supply aren’t working to goose the economy as they used to, alright, but in reality, they are working exactly as they always work: At first they can, and then they can’t! Because that’s the way it works! Hahahaha!”

I generously waited a moment for that superb Mogambo profundity to sink in, thus allowing time for journalists to eagerly jot down the delicious bon mot. Disappointingly noting neither, I disdainfully thought to myself “Pearls before swine! Morons! I hate you! I hate you all!”

Fortunately, I controlled myself and my fearsome Mogambo Fists Of Rage (MFOR) long enough to continue “It’s a law! It must be an economic law of some kind, emanating from some unseen order permeating space and time! A cosmic imperative! The Force is with us!”

I dare say this with some real authority because I actually know for a fact that this same thing, and I am talking Same Exact Damned Thing (SEDT), has happened thousands of times in the last 2,500 years here on Earth: A dirtbag government allows stupidity as concerns debt and the money supply, everything bankrupts itself, things collapse, everybody suffers, hordes of invaders sweep in, and then it starts all over again from nothing, an economy eventually rising from the ashes by turning the ruins into tourist attractions selling T-shirts and tasty food.

And in case you are as curious as most Earthling carbon-units, this SEDT has happened TRILLIONS of other times on countless other planets, too. And in just this one, lousy quadrant of the galaxy!

In fact, innumerable intergalactic research papers have shown that, invariably, some dirtbag, low-IQ creatures living on some dirtbag, low-IQ planet decided “Hey! We should stop wallowing in slime on the bottom of the ocean, where everyone evolved with fins and a developed brain is always pooping on us from above! We need a fiat currency!

That way, we can expand the money supply and buy an expanding, eternal prosperity for ourselves! Then we can evolve into higher-order beings, perhaps intelligent enough to understand that we can’t, in reality, do this kind of foolish fiat-money crap without paying a terrible price, and we should stop now before it’s too late. But we won’t! Whee!”

And they don’t. Like I said, trillions of times.

“So, relax,” I keep telling myself. “There is still much malignant magic in a fiat currency, bubble, bubble, toil and trouble! Much more than is dreamt of in your nightmares, my dear Horatio!”

Uh-oh! Alert Junior Mogambo Rangers (JMRs) instantly recognize that my bizarrely lapsing into a mishmash of misremembered Shakespearean soliloquies is always a bad sign, portending (dare I say it?) trouble ahead.

Then again, perhaps the hard, bitter lessons of marriage, children, stupid neighbors, crappy careers going nowhere but down, and bizarre Keynesian monetary policy portending bankruptcy and ruination have taught me, pausing for a little self-pity, that there is ALWAYS trouble ahead, and everything crappy can always get a lot MORE crappy.

And usually does, too!

And, for me, it’s usually because I don’t have the money to buy myself out of another crappy mess by establishing making restitution, or establishing a fake alibi, or framing somebody else, or bribing lawyers, or intimidating witnesses, or faking my own death to start over with a new life in some tropical paradise driving a snazzy convertible with fancy hubcaps and a great sound system.

But — unlike real life! — the evil Federal Reserve can happily create as much money as it wants! Anytime it wants! And so can all the other central banks of the world, too! And (hold onto your hat!) they are!

In fact (still holding onto your hat), according to something I read, I forget where, for at least the last 6 weeks, an incredible $1.5 trillion dollars in new credit was created worldwide! Every week! Every Freaking Week (EFW)!!

And here in the USA, hundreds of billions of dollars are continually springing into being, overnight!

And the Federal Reserve has, believe it or not, given itself the power to create the money to buy financial assets for itself, thus reducing the supply of assets in the market, while at the same time increasing the supply of money looking for assets to buy! More demand and less supply means higher prices!

With the awesome, towering power of buying unlimited assets with unlimited money the Fed creates for itself, you can be sure that nothing bad will permanently happen to the banks, the stock market, the bond market, the housing market, the auto loan market, the student loan market, the derivative market or government deficit-spending or anything else, because if they don’t, it’s “Game Over, Player One.”

Oh, sure, the Fed will let markets sink and rise, up and down, around and around, probably dramatically, so as to allow the sleazy banks and the ethically-bankrupt financial sector to profit from manipulating the markets and transferring investor money to themselves. Just like always. No problem. They’ve been doing it for years.

This fixes to assets markets.

But what about the real commercial economy? You and me, and kids and spouse who never seem to shut the hell up about wanting things?

Ergo, putting on my Mogambo Memory Cap (MMC) and turning the power up to maximum, I begin to remember, remember, remember like it was yesterday, perhaps in that classic book Economica Mogambo, that I have theorized that a 50% tax cut is just what the doctor ordered, and easily administered: At the bottom of your tax return, divide by 2. Send that, and keep the rest.

“After all,” I added, “the total of personal and business federal tax paid is less than a few lousy trillions of dollars, while the government has been increasing the national debt by almost a trillion dollars a year for almost a decade! A Whole Freaking Decade (WFD)!”

So, waxing philosophic, what’s another trillion and a half of new government debt to cover the now-missing tax receipts?

And, with a snotty air of contempt on my lips, I know that with their simplistic Keynesian mathematical mumbo-jumbo, the Fed will show that the multiplier of new money entering the economy (which was usually about 4) will increase to at least 6 because the lack of taxes on each new dollar no longer gradually erodes its buying power as it passes from hand to hand, giving the economy a sudden increase of a mind-boggling $9 trillion in new buying power!

And with a ludicrously out-of-control fractional-reserve banking (where reserves held against loans) are almost non-existent, we are suddenly talking over a (gulp!) quadrillion potential dollars, just from the Federal Reserve! Which is not to mention all the other desperate governments and central banks around the world who would LOVE to do this crap!

So why am I saying this again now? Because Ben Bernanke, disgraceful former chairman of the Federal Reserve, has, so the rumor holds, visited the government of bankrupt and massively over-indebted Japan to explain why his previous advice to drown in massive amounts of debt didn’t work, and now to advise them to literally give people money.

Unfortunately, it will end, years from now, in disaster when the skyrocketing cost of food and energy (“death by price inflation”) caused by this insane mega-expansion of the money supply makes people grumpy and things grind to a halt.

And gold and silver prices? To the moon, baby! Talk about your cosmic imperatives!
With such certainty, what can one say except “Whee! This investing stuff is easy!”?