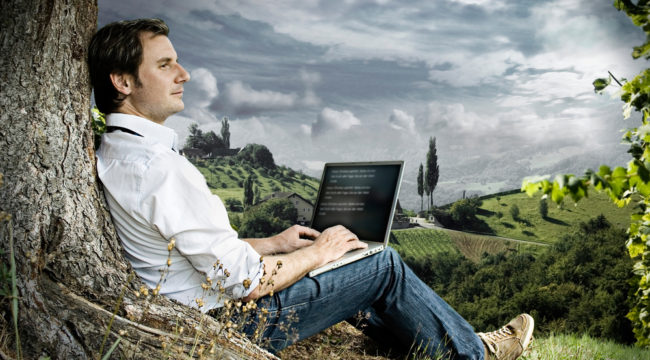 Late August: The Calm Before the Storm

“There’s going to be a day of reckoning here…”

Legendary investors like Carl Icahn are eagles — they don’t flock. You find them one at a time. And their vision extends further than most.

What the multibillionaire sees now from his 10,000-foot perch is a complacent market drifting blissfully down the stream… right for the falls.

“When things look good, they look great… But that’s when you have to really pull down and stop buying.”

That’s precisely when the lemmings relax, of course, when things look good. But not the eagles. Crowds scare them, especially complacent crowds. And Icahn says he’s now “more hedged” against stocks than he ever has been… in his entire career.

It’s true. The market is complacent. And why shouldn’t it be? Every time Mr. Market stumbles, the Fed grabs the dumb clod around the waist and stands him upright. He never hits the deck. Investors have seen it too many times to think it’ll stop.

The market began the year with its worst start in history. The beginning of the end? Hardly. For reasons known to God and everyone else, the market rallied on expectations the Fed would sally forth to the rescue. The Dow has jumped more than 3,000 points since its mid-February low.

Then Brexit came along in June. That was supposed to be the big hard right that finally floored Señor Market. Sure, it scrambled his eggs for a bit, the big fella did some wobbling… but he maintained the vertical. And he was soon throwing haymakers of his own. In fact, he was posting record highs just weeks after taking the big punch.

And just this past Thursday, the Dow, S&P and Nasdaq all posted record highs — for the first time since 1999.

Things seem to be going as merrily as a wedding bell in June. And that’s the problem. Has the market hit “peak complacency”?

“The VIX is extremely low, but at the same time, there are a lot of things on the negative side of the ledger that people should be concerned about [but they don’t] seem to be focused on.”

His conclusion, riffing off old FDR: “The only thing we have to fear is the lack of fear.”

Michael Lebowitz is a co-founder of the financial blog 720 Global. He also thinks this ultralow volatility is a honey trap — tempting, but dangerous. Especially in an election year featuring a certain Donald J. Trump:

Contra expectations, maybe the Fed won’t be able keep the market upright the next time it stumbles. Maybe the next time could be “the big one.” Who knows what the trigger could be? Something with Trump, China buccaneering in the South China Sea, Russia marching on Ukraine, Obama getting a hangnail. Who can say? But it might not take much.

The August sun is shining bright today. And nobody buys an umbrella on a sunny day. But a lot of investors may soon wish they had…

Below, David Stockman points out the financial storm on the horizon. He also shows you how the Fed plans to ditch the Constitution to avert it. Will they get away with it? Read on.