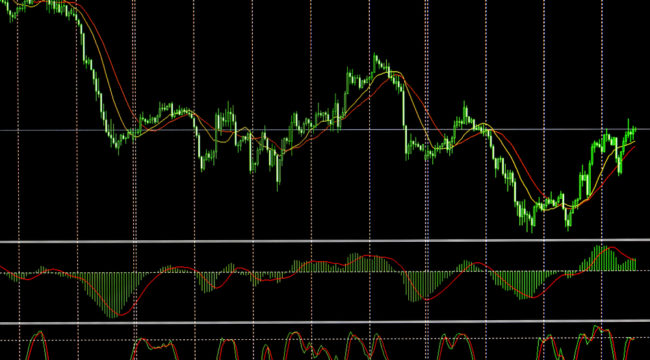 We have it on highest authority:

The president’s budget director, Mick Mulvaney, conceded the point this Sunday on Face the Nation.

But like a junkie long resigned to the needle and the alley, he could only lower his eyes… and shrug his shoulders:

A through Z, it has it — defense increases, funding for the wall, infrastructure spending, veterans’ health care, money for opioid abuse.

And the recent tax cuts mean less money to fund it all.

If adopted, the proposal would add some $984 billion to the deficit next year… and $7 trillion over the next 10 years.

But even these projections may be… generous.

But given the word’s association with the Republican Party… it would seem a cruel jest.

We call the projections generous, because the budget proposal doesn’t include spending already agreed to in last week’s bipartisan spending deal.

The resolution unleashes $300 billion of federal spending over the next two years.

Put the new budget proposal to one side for the moment.

Deficits will probably reach $1 trillion in the current or next fiscal year, almost double what the Congressional Budget Office had projected less than a year ago for 2018. And U.S. debt is now on track to reach $30 trillion over the next decade. That’s over 100% of projected GDP, well into the danger zone where investors demand higher rates to buy government debt.

“Never in modern times,” says analyst Sven Henrich, “have we seen tax cuts being implemented and spending increased with debt to GDP north of 100%.”

But let us draw another cloud across the sky…

CBO projections for the next decade fail to include a possible recession.

Meantime, the current “expansion” is already the third longest in U.S. history, dating to 1854.

By next July — if the gods are kind — it will become the longest-ever expansion.

Can the economy peg along another decade without a recession?

Or even half so long?

It would seem unlikely.

In the likely event of recession somewhere en route, authorities will flood the economy with money borrowed from the future — deficit spending.

“We get a recession,” claims the aforesaid Henrich, “and you are looking at $2–3 trillion [annual] deficits.”

These numbers don’t represent a slight increase; they represent a deficit explosion… At the current rate, we’ll be hitting $24 trillion by the next presidential election.

What are the implications for markets?

We’ve argued that stocks sold off last week — at least in part — because yields on the 10-year Treasury approached 3%.

At that threshold, the cost of debt begins to drag.

If markets are jittered with 10-year yields nudging 3%, how will they react if deficits soar… and yields spike?

If 10-year Treasury yields come even within hailing distance of historical levels… the bull could land with a mighty thud.

In the meantime, the president’s proposed budget is a mere wish list, lacking all force.

Once the congressional blue pencil gives it a good working over, it will likely bear little resemblance to current form.

The latest proposal makes no attempt — even glancing — to balance the budget within 10 years.

Gone, therefore, is all pretense of Republican rectitude.

In the harsh judgment of former colleague David Stockman:

The GOP congressional leadership surrendered control of the nation’s finances to Chuckles Schumer, Nancy Pelosi, Donald Trump, the military-industrial complex and the domestic spending lobbies of every shape and form. The conservative fiscal opposition — what was left of it — has been obliterated.

Now, we avoid partisan politics as we avoid the pestilence.

Once you take sides, you can’t see clearly. You become part of the thing you’re trying to observe.

But echoing Stockman, it appears the last remaining holdouts of Republican “fiscal responsibility” have finally been carried out on their shields.

And the approaches to the United States Treasury, which they defended, are wide open.

The Republican Party sold the pass.

And both parties have sold us down a river…

Are you concerned about the prospect of soaring deficits in the days to come? Why or why not?

Below, Jim Rickards shows you why all eyes now turn to new Fed head Jerome Powell and March 21. Read on.