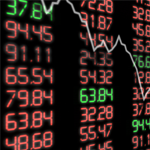 Land of the (Less) Free

James Madison of Virginia, the fourth US President, one the Founding Fathers and the leading proponent of the Bill of Rights, may have anticipated better than anyone the processes that destroy liberty when he said:

I believe there are more instances of the abridgment of the freedom of the people by gradual and silent encroachments of those in power than by violent and sudden usurpations.

The 2012 Economic Freedom of the World report was released recently by the Cato Institute and Canada’s Fraser Institute. In just a few years, the US ranking has plummeted from No. 2 in 2000 (behind the city-states of Hong Kong and Singapore) to 18th place, trailing such countries as Estonia, Taiwan, and Qatar.

Finland, Denmark and Canada now also have freer economies than the United States.

Americans will ignore this report at their peril; this is not something thrown together by ivory tower eggheads. The godfather of the Economic Freedom of the World report was the late, great Milton Friedman who suggested its need as a measure of liberty.

Reading this alarming report, I was reminded of a point Ronald Reagan made in many of his public addresses — that the average republic in history lasted just over 200 years, citing Edward Gibbon’s 1787 work The Decline and Fall of the Roman Empire.

On July 4, 2012 the United States celebrated the 236th anniversary of its independence as a nation…

According to the report, in 2005 the US ranked 45th in overall size of government among 144 nations surveyed. Today, government has ballooned in size and the US rank has fallen to 61st place.

Other areas of lost freedom include a substantial increase in stifling business regulations, labor-market restrictions, and barriers to trade. The US standing fell in all those categories, and there was also a long-term deterioration in ranking on property rights as well. No doubt these disastrous developments serve as roadblocks to recovery from the continuing recession that began in 2008.

Cato’s Richard W. Rahn observes: “Worse yet, the US decline continues and in next year’s ranking it is almost certain to be lower.”

If ever there was a concentrated compilation of facts urging Americans to “go offshore,’ the Economic Freedom of the World report is it.

Robert Bauman
for The Daily Reckoning

Robert E. Bauman, J.D. is a former member of the U.S. House of Representatives from Maryland and the author of several books on offshore financial topics including Where to Stash Your Cash Legally, The Complete Guide to Offshore Residency, Dual Citizenship and Second Passports, and The Offshore Money Manual 2000.