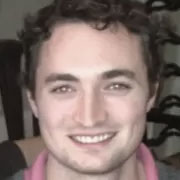 K-Waves: How to Predict the Next "Gold Rush"

[The above video was created and added by the Daily Reckoning, not Henry Bonner or Sprott Global Resource Investments]

Ian Gordon created Longwave Analytics, which studies the Longwave principle, by which economies obey long-term cyclical trends of expansion and contraction. Eric Sprott is an avid reader — he suggested I interview Ian Gordon for his take on the role of Kondratiev’s ‘long wave cycle’ in explaining the economic environment we are seeing today.

Ian said ‘winter’ was coming for the world economy, though it has been staved off by the flexibility provided by paper money. As a result, a depression will be very different today than in 1929 or 1873, he believes. But now, as then, we could see a massive push for new gold discoveries.

“This time around, we are in a pure credit-based system, so the ability to create money withstands the ravages of the winter.”

Mr. Gordon explained how he got to know Eric Sprott over 10 years ago:

“I was writing about long-term economic cycles, referred to as ‘Kondratiev’ cycles. In 1998, I realized that we were close to the top of a bull market; we were somewhere akin to 1928 – immediately preceding the Great Depression. Eric appreciated my work, because it helped explain an imminent bull market for gold, which he saw as well.”

I asked: Do these ‘long wave’ economic patterns explain today’s bear market for gold – and the recent rally in general stocks?

“Well, they didn’t predict this – but they can help explain why it’s happening. Over the course of one entire ‘long wave’ economic cycle, covering a full expansion and subsequent contraction, you have what I call four ‘seasons.’ Winter is the period where debt is wiped out of the economy. It happened after 1929, which caused the US banking system to collapse. During the 1920’s, there had been a big build-up in consumer and corporate debt, as well as sovereign debt.

“During the Great Depression and the previous depression of 1873, we were on a gold standard system, so the ability to create money was limited. This time around, we are in a pure credit-based system, so the ability to create money withstands the ravages of the winter. Effectively, governments have been creating more debt. This will ultimately cause a more horrendous economic decline than in either 1929 or 1873, as debt levels are far greater today – and because the world is much more inter-connected financially.”

What about your prediction of a ‘new gold rush’ similar to the late 19th century?

“I do believe this will happen. Even though the amount of dollars is going up, eventually debt will be wrung out of the system. This causes deflation, which is very bullish for gold. In deflation, both creditors and debtors are in dire straits. They’re facing enormous pressure. People tend to turn towards stores of value like gold.

So what do Kondratiev’s ‘long wave cycles’ tell us about what to expect going forward?

“We’re in the same period in the cycle as we were in the 1930’s and after 1873. The economic winter has been muted by the creation of paper money ad infinitum, but we will probably experience another leg down – similar to 2000.

“Follow the cycle: Kondratiev pointed out that the first cycle began with the industrial revolution in 1789, and that these cycles last around 60 years. This one is taking longer because we are on a paper money system, but we are approaching a full-on winter.

“I believe gold will shine as we have seen before, during the long wave economic winters.”

“Those 60-year cycles can be divided into four ‘seasons.’ You have spring, which is the re-birth of the economy, where debt’s been wrung out of and now the economy can start to function again. Then you move into summer, when the economy reaches its full fruition. It’s always the inflationary period of the cycle. Then, you get into autumn, which is the speculative period in an economy. It’s the biggest boom in stocks, bonds, and real estate in the cycle. Peaks, like we had in 1873, 1929, and 2000, indicate that we’re getting into the winter. That is the payback period where debt gets wrung out of the system.

“It’s going to be a painful period in the economy, but I believe gold will shine as we have seen before, during the long wave economic winters.”

Henry Bonner
for The Daily Reckoning

Henry Bonner is an avid student of Austrian economics and is learning the ins and outs of the natural resource business under Rick Rule’s apprenticeship. He is reporting on the most valuable lessons and information as the editor of Sprott’s Thoughts.