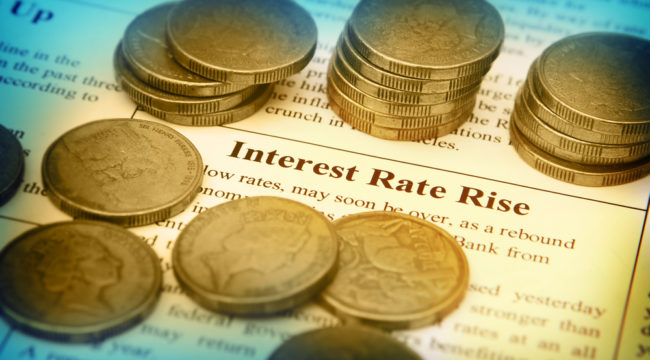 “How is your wife?” someone supposedly asked Winston Churchill.

The reply, oozing Churchillian wit from every pore:

But today we consider the “real” question:

Interest rates are low… compared to what?

The Federal Reserve has been lifting the nominal fed funds target rate since December 2015.

That is, nominal rates remain low.

A preposterous question, you thunder.

But come sit down before the facts…

Assume the nominal interest rate is 3%, for example.

Further assume that inflation runs at 1%.

There is a reason why it is called the real interest rate.

The average nominal interest rate was 12.5%.

We can only conclude that real interest rates can be negative despite a high nominal rate.

Likewise, inflation of 4% with nominal rates of 3.5% produces the same negative real rate of 0.5%.

Again, if we want the real rate, we must subtract inflation from the nominal rate.

What do we find upon doing so?

Shocking — but the facts are the facts.

We must once again conclude that the nominal interest rate lacks all meaning absent the inflation rate.

Yet the difference between nominal rates and real rates scarcely rates a mention in the financial media.

But as Jim Rickards notes, “Real rates are what determine investment decisions.”

A 10-year Treasury bond yielding 6% may draw your interest, for example.

But what if inflation averaged 7% over the same period?

Inflation would devour your 6% yield — and then some.

You would require an 8% yield to keep ahead of inflation.

But let us take a leap forward…

It now appears the Fed has cracked its blessed 2% inflation target.

And it is planning a steady calendar of rate hikes until it reaches 3% by late next year.

We have our doubts it will arrive at the destination.

Another market “correction” could easily knock it off course.

And the economy is long past due for a recession.

Can the current “expansion” peg along for another year and one half?

We are far from certain.

Mr. Powell and his merry band would certainly return to lowering rates in case of recession.

Assume further — as the Fed currently does — that inflation will average 2% in 2019.

The math reveals a real rate of only 1%.

Meantime, the nation’s average long-term real interest rate is about 3%.

And it could be a long time before they return to normal.

That is, if they ever return to normal…