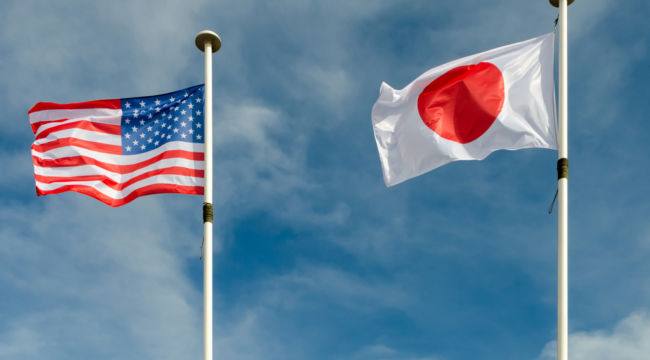 Japan on a Larger Scale

In my 2014 book, The Death of Money, I wrote, “The United States is Japan on a larger scale.” That was five years ago.

Last week, prominent economist Mohamed A. El-Erian, formerly CEO of PIMCO and now with Allianz, wrote, “With the return of Europe’s economic doldrums and signs of a coming growth slowdown in the United States, advanced economies could be at risk of falling into the same kind of long-term rut that has captured Japan.”

Better late than never! Welcome to the club, Mohamed.

Japan started its “lost decade” in the 1990s. Now their lost decade has dragged into three lost decades. The U.S. began its first lost decade in 2009 and is now entering its second lost decade with no end in sight.

What I referred to in 2014 and what El-Erian refers to today is that central bank policy in both countries has been completely ineffective at restoring long-term trend growth or solving the steady accumulation of unsustainable debt.

The irony is that in the early 2000s, former Fed Chair Ben Bernanke routinely criticized the Japanese for their inability to escape from recession, deflation and slow growth.

Bernanke thought that low interest rates and massive money printing would lead to lending and spending that would restore trend growth to 3.2% or higher.

But he ignored the role of velocity (speed of money turnover) and the unwillingness of banks to lend or individuals to borrow. When that happens, the Fed is pushing on a string — printing money with no result except asset bubbles.

The bottom line is that this extravaganza of zero rates and money printing worked to ease the panic and prop up the financial system. But it did nothing to restore growth to its long-term trend or to improve personal income at a pace that usually occurs in an economic expansion.

Now, after a 10-year expansion, policymakers are considering the implications of a new recession. There’s only one problem: Central banks have not removed the supports they put in place during the last recession.

Interest rates are up to 2.5%, but that’s far lower than the 5% rates that will be needed so the Fed can cut enough to cure the next recession. The Fed has reduced its balance sheet from $4.5 trillion to $3.8 trillion, but that’s still well above the $800 billion level that existed before QE1.

In short, the Fed (and other central banks) have only partly normalized and are far from being able to cure a new recession or panic if one arises tomorrow. It will takes years for the Fed to get interest rates and its balance sheet back to “normal.”

Until they do, the next recession may be impossible to get out of. The odds of avoiding a recession until the Fed normalizes are low.

In the meantime, get ready for more disinflation (or deflation) and slow growth. The central banks are stuck and there’s no way out.

They cannot escape the corner they have painted themselves into.