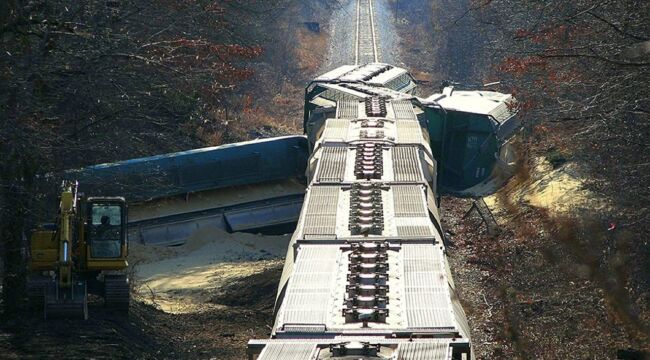 Progressives in his party wanted Biden to nominate someone more to their liking, such as Lael Brainard, the only Democrat on the Fed’s Board of Governors.

But it really doesn’t matter, unless you somehow manage to resurrect Paul Volcker. And his options would be far more limited today than they were in 1981 when he raised interest rates to 20%.

With today’s crushing debt levels, raising rates to any significant extent would collapse the entire system. No Fed head could afford to do it, even if he or she wanted.

Whoever heads the Fed, it’s proven time and time again that it has no idea what it’s doing. There’s absolutely no reason to expect anything different from Powell the second time around. He’s a one-trick pony, and that trick is old.

And the Fed has no answers for the most urgent problem facing the economy right now: supply chain shortages.

Plenty of Blame to Go Around

By now, you’re well aware of the supply-chain fiasco unfolding across the country. Of course, it’s not just an American phenomenon; the supply-chain crisis is global. But, as the world’s largest economy driven 70% by consumption, it’s fair to say America is ground zero in this struggle.

The effects are not limited to the paper goods aisle at Costco as they were during the pandemic. The effects are everywhere. There are bare spots on shelves in every aisle of the supermarket.

Liquor stores can’t get certain kinds of wine. Garages can’t get auto parts. Doctors can’t get certain medical devices. Anyone not done with her Christmas shopping should prepare for disappointment. Santa won’t be coming to a lot of homes this season. Everyone is blaming everyone else.

Ships that can’t unload at ports blame the truckers who are supposed to remove the containers already ashore. Truckers blame state regulators who make them wait in line for days to pick up containers only to tell them to come back tomorrow. Retailers blame distributors. Customers blame retailers.

The problem is they’re all right.

The supply-chain breakdown is not at one single bottleneck. It’s up and down the supply chain at all levels from component suppliers to manufacturers to transportation providers to customers.

What is the Biden administration doing about this?

They’re busy making things worse. First, the Biden administration ordered the Port of Los Angeles to stay open 24-hours per day and work three shifts to ease the backlog. The problem is that working longer was never the problem. The port can’t unload the vessels because there’s no place to put anything.

The piers and storage yards are full. Containers are stacked to the sky. Working longer hours does nothing when there’s no place to put the cargo. The next Biden move was even dumber.

They proposed a penalty on containers that remain on the docks for more than six days. But, no one wants the containers moved faster than the shippers. It’s just a physical impossibility when they can’t get the trucks to the ports.

The penalty does not speed up the transportation process, but it does increase the cost of goods, which makes inflation worse and could drive some retailers out of business.

The supply-chain crisis is real. The Biden administration is incompetent. That’s a bad combination for the economy.

Compounding the problem is a labor shortage, which is going to get much worse in January.

The Straw to Break the Camel’s Back

There’s already a labor shortage in America. The causes are complicated. In reality, there’s no literal shortage of potential workers, but many workers prefer to stay home because of some combination of government benefits, child-care responsibilities or inadequate pay offered by employers (who can’t afford to pay more themselves because they’ll go out of business).

A lot of this centers on lower-wage jobs such as waiters, store clerks, fast-food staff and office assistants. But, there will be a labor shortage coming soon in more high-skilled areas such as engineers, pilots, machinists and medical personnel.

This shortage will not be due to low pay but to vaccine mandates.

Joe Biden ordered that all federal contractors had to be fully vaccinated. (That’s in addition to federal workers and the military who already have no choice). This mandate is different from the OSHA vaccine mandate that applies to all employers with 100 or more employees.

The OSHA mandate has been stopped by the courts while the federal contractor mandate goes into full force and effect on Jan. 4 (pushed back from the original Dec. 8). The vaccinated rate among federal contractors is actually lower than the country as a whole.

The national vaccination rate is approaching 70%, while the federal contractor rate is closer to 60% and even lower in some specialties such as avionics. These workers know the vaccine is available, understand the risks (both ways because of side effects) and have chosen not to be vaccinated.

It’s almost impossible to change their minds at this point.

Expect a Train Wreck on Jan. 4

But the Biden administration is not backing off the mandate, despite the fact that the vaccines don’t stop you from getting the virus or from spreading it to others. Its effects also wear off after a few months, which is why they’re pushing the booster shots so aggressively.

And if you think you’re fully vaccinated after getting both jabs, you might want to think again. Dr. Fauci is warning that we may have to change the definition of “fully vaccinated” to include getting the booster.

Well, what about when the booster wears off? Are you going to need booster shots every few months to be considered fully vaccinated or else lose your job and your ability to lead a normal life?

The Federal contractor workforce is huge; it’s in the millions. So, expect an economic train wreck on Jan. 4.

Workers from Boeing to Textron and hundreds of thousands of other firms will be fired or quit that day.

The economy is already weak. The supply chain is already busted. This mass termination of skilled contractors could put the economy into a recession.

It’s a good time to lighten your equity exposure. As usual, the stock market will be the last to see this coming.