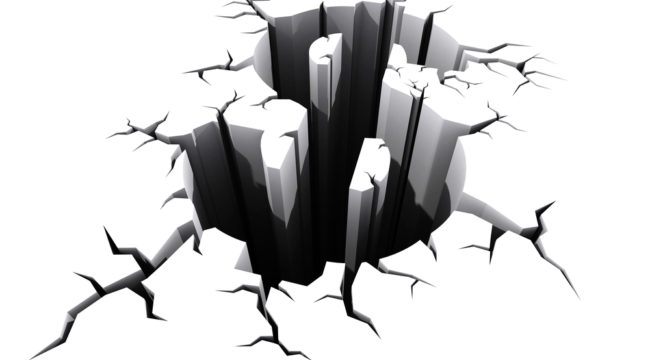 At the peak of the Dutch tulip mania, bulbs sold for more than 10 times the annual income of a skilled craftsman and a single rare specimen bulb (Semper Augustus) purportedly changed hands for the equivalent of 12 acres of prime land.

But after rising 8X in a few months, the reckoning came in February 1637. The tulip bulb price index came crashing back to where it had started in, well, November of the prior year! 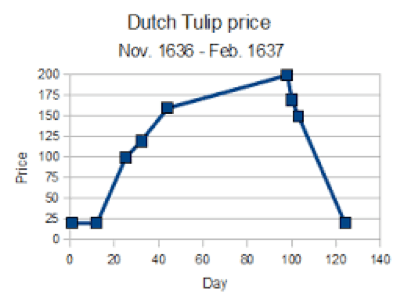 So it might be wondered whether this most recent November to February (into March) mania is “there” yet. That question is especially important in light of the fact that Trump’s recent address to Congress amounted to the proverbial clanging bell at the top.

In giving the most fiscally irresponsible speech since LBJ’s “guns and butter,” the Donald  proved beyond a shadow of a doubt that he and his team have no clue about the horrific fiscal facts of life confronting them.

They are utterly unaware, apparently, that they are plowing right into a Grand Debt Trap that will put the kibosh on not only the vaunted Trump Stimulus, but on the entire 30-year era of Bubble Finance.

But before I get back to more detail on the Grand Debt Trap ahead, it is worth noting what happened during a more recent November to March blow-off rally. I am referring to the infamous dotcom mania, of course, and it just so happens that there is a nice symmetry in the numbers as they pertain to the present.

Like the NASDAQ blow-off of 2000, the current Trump-O-Mania rally started on November 2. As it happened back then, however, the NASDAQ 100 peaked shortly after the Fed raised interest rates (again) on March 21. Yet as CNN reported that day, the Fed’s action was considered to be no big threat to a then unstoppable bull:

For financial markets, the rate increase and the short announcement that followed was a non-event, mostly because Wall Street had widely expected the Fed to do exactly what it did.

There wasn’t a black swan in the sky, it seemed — until there suddenly began a dizzying two-year plunge of almost 85% from the nosebleed peak.

This time there is an Orange Swan hovering above the market, but it appears equally unrecognized by today’s punters. I am referring to the fact that the headline reading algos have totally misread the Trump Stimulus.

The robo-machines — and the remaining troop of day-trading carbon units that mimic them — can only read words, not the political tea leaves. Accordingly, when the Donald promised a “big, big” corporate cut and a “massive tax reduction for the middle class” and also a $1 trillion infrastructure bill to rebuild “America’s roads, bridges, airports, hospitals and schools,” the machines dutifully “priced it in.”

But what they haven’t reckoned with is that the debt ceiling clock starts ticking on March 15 when the current “holiday” expires. It will then freeze in at approximately $20 trillion, leaving the Treasury’s coffers with about $200 billion in cash.

But the Trump Administration blew through $204 billion of cash during its first 35 days in office. That fact was apparently unbeknownst to the President, who tweeted the complete falsehood that he had already reduced the public debt by $12 billion.

The U.S. Treasury is bleeding red ink profusely — notwithstanding Janet Yellen’s comical claim that the American economy is closing in on the Keynesian nirvana of “full employment.” During the first four-and-one-half months of FY 2017, in fact, Uncle Sam’s net debt increased an astonishing $532 billion. That amounts to an annualized borrowing rate of $1.3 trillion.

Given the Treasury’s cash burn rate of $3-4 billion per calendar day, the U.S. Treasury will have 50-75 days of cash when the debt ceiling clock starts ticking again on March 15. That’s less than a week away.

And that means it will run out of cash long before any tax bill even gets out of the House Ways and Means Committee or infrastructure bill even gets tabled.

Indeed, the Wall Street robo-machines are abysmally un-programmed with respect to the entire budgetary process. The fact is, none of the components of the Trump Stimulus can happen until both houses pass and agree to a FY 2018 budget resolution with its 10-year path for revenues, spending, deficits and the public debt.

It is only through a budget resolution that encompasses a comprehensive long-term fiscal plan that it is possible to get a “reconciliation instruction” for the tax bill; and without that parliamentary mechanism, tax reform will die in a Senate 60-vote filibuster stage managed by the K-Street lobbies.

But here’s the thing. The ticking debt ceiling clock will mightily interfere with — if not block completely — the process of reaching an agreement within the GOP caucuses on the FY 2018 budget resolution.

In fact, the legislative and political maneuvering in the run up to this summer’s debt ceiling vote will powerfully concentrate the minds of the backbench fiscal hawks. It will remind them that their fate under the massive deficits embedded in the Trump Stimulus will be to walk the plank time after time to raise the debt ceiling!

Moreover, as the media finally begins to focus on the rapidly dwindling cash balance at the Treasury, it will elicit a maneuvering, bargaining and posturing spectacle inside the GOP caucus that will make Speaker Ryan wish to send the gavel back to John Boehner.

The fiscal conservatives will demand entitlement reforms, but Trump says no. The Trump White House has embraced an utterly stupid and unnecessary plan to bust the sequester caps and add $54 billion to the already bloated $600 billion defense budget for FY 2018 alone — and proposed to offset it with draconian cuts to domestic agencies and the State Depart/foreign aid budget which are already “dead in the water” in the GOP Senate.

But here’s the newsflash. The FY 2018 sequester caps of $548 billion for defense and $518 billion for non-defense discretionary spending are chiseled in law under the BCA (Budget Control Act).

There is not a snowballs chance in the hot place that a bill could pass the House which raised defense to more than $600 billion, while slashing the domestic cap to under $500 billion. There would be blood on the floor from one end of the Capitol Building to the other.

By the same token, there would be an outright revolt by the Freedom Caucus if both caps are raised — which is the only way to assemble a legislative majority.

In the meanwhile, the drive to “repeal and replace” Obamacare is already deeply fracturing the House GOP, and it’s going to get progressively worse.

What’s happening is that the Freedom Caucus is quickly figuring out what I documented already. Namely, that the Ryan plan for “repeal and replace” is actually little more than Obamacare Lite. Not only will the $7 trillion 10-year cost under current law not be reduced in any material way, but the Ryan plan will also establish what amounts to a new age-based entitlement to health tax credits.

Taken together, all of these battles over the sequester caps, Obamacare repeal, a new continuing resolution for FY 2017 appropriates which will be needed to avoid a government shutdown in later April will take their toll.

Accordingly, the Mother of All Debt Ceiling Crisis will occur for the simple reason that there is no pathway to a House and Senate majority for a multi-trillion debt ceiling increase.

Perhaps that’s because Washington has never been there before. That is, facing down a $20 trillion public debt with $10 trillion more in the pipeline over the next decade, and a clueless team in the White House that wants to pile trillions more of red ink on top of that.

In a word, the algorithms driving the stock averages to tulip bulb mania highs can’t possibly anticipate the political firestorm that is coming down the pike.

When it hits, the machines will begin puking up a tsunami of sell orders like never before. When the dust finally settles, there will surely be some new charts that will give the October-March plunges depicted above a run for their money.