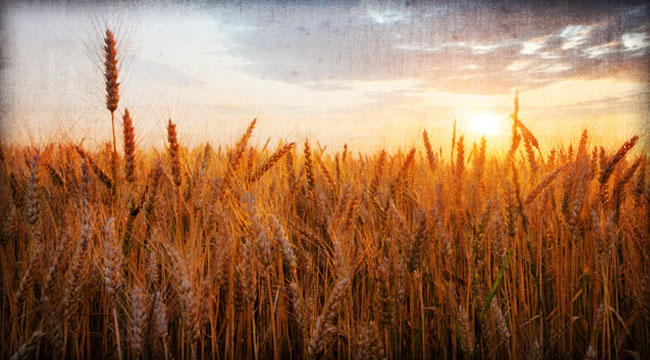 It's Morning Again in America

It’s easy to be negative about the U.S. economy these days. Find a glint of silver, and folks come running to point out all of the dark clouds looming about.

This, of course, is what we got last week when the monthly jobs report was released from the U.S. Department of Labor (DOL). Folks pooh-poohed the number of jobs and whining that they’re not enough or that it’s less than a bunch of economists thought that it might be.

But you know what? Stuff ’em.

The DOL reported that 113,000 new jobs were created. And for the prior month the DOL found another 1,000 jobs were added above the 74,000 jobs that were initially reported. And it gets better. The DOL also tracks and reports the sum of the revisions from the prior two months, and that number was bumped up to an additional 34,000 jobs.

These new jobs brought the unemployment rate down from 6.7% to 6.6%. And before you even think about the idea that the rate is lower because folks are dropping out of the workforce, that is flat-out wrong. The DOL is reporting that the so-called participation rate is actually higher — up to 63% from last month’s 62.8%. Not a huge jump, but a positive one.

…it really is morning again in America, and not just with the jobs numbers.

Meanwhile, the number of government workers was blessedly down by some 29,000, meaning less of a drain on taxpayers both now in payroll and in future pension and health costs. On top of all that, total workers’ earnings are growing at an annual rate of 1.9%. So there will be more cash to spend throughout the U.S. economy.

Now, this one jobs report isn’t enough to paint a glorious picture of the U.S. economy. Instead, it is one of a series of positive developments pointing to a better U.S. economy — which is good news for U.S. stocks and bonds.

It brings to mind what is considered one of the greatest political ads of all time, created for the 1984 election between Ronald Reagan and Walter Mondale. It was called, “Prouder, Stronger, Better.”

And it started with a simple phrase: “It’s morning again in America.”

The gist of the ad was that things were getting better. Folks were getting on with their lives and focusing on the jobs of the day. Today, the ad would be a shocker since both leading political parties are so focused on “gotchas.”

The same seems to be the case for the U.S. economy. Too many people seem to want to focus on the negatives.

But the reality is that it really is morning again in America, and not just with the jobs numbers.

The United States continues to see more and more positive bits of economic and market news. According to the U.S. Bureau of Economic Analysis’ most recent quarterly release, the economy is expanding at a rate of 3.2%

That’s big, considering we’re the largest economy on the planet by a wide margin. Moreover, while the S&P 500 has given back some 3.2% of its gains since the beginning of the year, over the past 12 months it’s up 18.4%.

Look at the rest of the world, and it becomes clear the United States is a much better destination for capital. The European Union’s GDP is barely growing at just 0.2%. Japan’s economy is trotting along with a 1.1% growth rate.

Perhaps that’s why so many foreign investors are sending so much of their money into the United States.

That’s right — despite all of the complaints about U.S. corporations destroying local jobs and the economy through outsourcing, the rest of the world is more than happy to send their cash to establish, expand, and acquire more local assets in the United States than anywhere else. And that’s not all. U.S. financial markets are grabbing more and more foreign capital as well.

Over the past six months, according to the U.S. Treasury, foreign investments into U.S. stocks, bonds and other financial securities is up some 2,847.9%. Yes, 2,847.9%, thanks to both private and public investors. Are you convinced it’s morning again in America, yet? If not, consider that the United States has a wealth of advantages over the economies around the globe that people traditionally think offer more opportunities.

Transitioning and emerging markets are having troubles. Their governments are meddling with or restricting domestic-based major industries, causing havoc in energy and other natural resource markets, as well as financial and manufacturing. And look again at the United States.

Not only do we have a surplus of educated labor, but we also have some of the best means of making industry really work. We have infrastructure. Sure, there’s a lot wrong with some of our roads, ports, bridges and such — but the majority are workable and make the nation fully accessible.

And we also have legal infrastructure. Regardless of which side of the political aisle you’re on, for businesses and investors — even with the capricious regulatory and legislative actions — the United States is still a way more certain place to do business than a host of developing nations from India to Brazil.

Then there are the low rates of price inflation, the readily exchangeable currency in the dollar, relative ease of exports and no restrictions in repatriating capital and profits. The list of positives goes on and on.

And that also extends to energy. With the United States becoming the largest oil and gas producer in the world, industry has greater access to steady and lower-cost supplies of petrol and other power resources.

Finally, the United States has some of the lowest interest rates in the world. With a growing number of markets — including Turkey, India and plenty of others — furiously hiking interest rates and tightening conditions to defend falling currencies, we have low rates and the Federal Reserve saying rates should be kept at current targeted levels.

Speaking of the Fed, it’s still buying $65 billion worth of Treasuries and mortgage securities on top of the reinvestment of interest and principal of more than a trillion dollars worth of bonds in its portfolio. That makes for a great, well-supported bond market, which is reflected in current prices. Ten-year Treasury bonds are rising in price, while yields have fallen 35 basis points — 35/100th of 1% — so far this year alone.

Even better, rallies are under way in the U.S. corporate and municipal bond markets. More buying from foreign and domestic investors means higher prices and lower yields — which also mean lower funding costs for new and existing businesses.

The bottom line is that while there are a host of great investment opportunities around the globe, there’s an increasing number of great income-producing companies and investments right here in the United States.

And my income advisory, Lifetime Income Report, is in the thick of it, with 33 of our 46 recommendations based or focused on the U.S. market. Together they generate yields that are as high as 11.1%.

So don’t succumb to the bashing of the U.S. markets. A closer look at the numbers shows a different story. With more folks are heading back to work, it may very well be morning again.

P.S. As proof for my optimistic view of the U.S. economy, I gave readers of today’s Daily Reckoning email edition a chance to discover one strategy that could make an extra $20,000 per year, on top of what you’re already making. It’s just one small benefit of being a subscriber to the FREE Daily Reckoning email edition. If you’re not getting it, you’re not getting the full story. Sign up for FREE, right here to fix that.