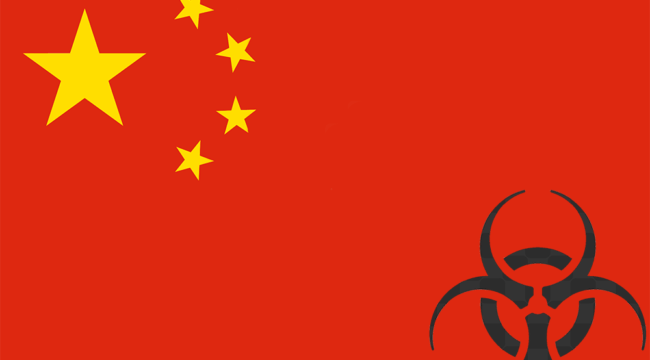 The stock market was up big today on news that the COVID-19 outbreak may be slowing in the U.S. That would be good news. But it’s still far too early to draw any conclusions and make no mistake — this crisis has a long way to go.

All we can do is wait and hope for the best.

Meanwhile, gold topped $1,700 per ounce today. That’s nice for gold, but it’s better understood as an early warning of declining confidence in the dollar.

I’ll have much more to write about that in the days ahead.

This is not my first financial crisis, although it’s shaping up to be the worst. I’m a veteran of the October 1987 crash, when markets crashed 22% in one day, the 1994 Tequila Crisis, the 1998 Russia/LTCM crisis (I negotiated the Fed/Wall Street bailout), the 2000 dot-com crash and, of course, the 2008 mortgage-Lehman-AIG meltdown.

These crises have different causes and played out in different ways, but they all have one thing in common — failures of financial firms on the wrong side of the trade.

It can be a bank, broker or hedge fund. Whatever the structure, there is always a leveraged player who is betting on a market that happens to be crashing. In 1987, some firms were selling put options when the options went deep in the money.

In 1998, LTCM was short volatility when the price of volatility exploded. In 2008, Lehman had billions in securitized commercial mortgages when real estate crashed. Sooner rather than later, the market losers wash up on the beach like dead whales. And there’s never just one.

The first firm that fails is a sign of many more to come. And now, one firm, EJF Capital, has put up “gates” on withdrawal of capital from its flagship credit fund. This does not mean that the fund is bankrupt, but it does mean that investors cannot get their money out as expected.

Their money is “locked” in the fund until the manager decides to release it… which could be years away.

Of course, this is bad news for EJF investors, but there’s no need to single them out. Many other funds will do the same thing in the coming days.

These failures will keep popping up like poison weeds in a garden. Get ready for more.

I’ve warned about this eventuality for years. Now it’s happening. That’s why you should have a sizable allocation of cash. There’s no guarantee you’ll be able to access your money if it’s tied up in the financial system during a crisis.

Meantime, while COVID-19 ravages the world, most officials and everyday citizens are more focused on surviving and on how to stop the spread than on where the virus originated. That’s the right priority.

But the origin of the virus cannot be ignored if we want to avoid another, even worse pandemic.

The official Chinese narrative has been that the virus was transmitted from animals to humans through bats and other wildlife available as food in the “wet markets” of Wuhan.

(There’s another narrative spouted by some Chinese officials that the virus came from U.S. troops visiting Wuhan. That’s an outright lie and falls into the category of propaganda, but some pro-Chinese U.S. media are reporting that version).

Probably Leaked From a Bioweapons Lab

The evidence is mounting that the virus leaked from a biological laboratory in Wuhan. That would be compatible with long-standing Chinese efforts to embrace “asymmetric warfare.”

This involves financial, cyber and biological weapons in addition to conventional kinetic weapons such as ships, tanks and planes. In fact, there is a bioweapons laboratory in Wuhan. There are also two other virus laboratories in Wuhan that were working on coronavirus strains.

The idea that there are three coronavirus labs in Wuhan and the virus emerged in Wuhan independently is beyond belief. It is almost certainly the case that the virus leaked from one of these labs.

We’ve all been inundated with the coronavirus propaganda put out by the Communist Party of China. It goes like this:

Thanks to the heroic efforts of the Chinese leadership, the virus was contained in Wuhan and a few other cities. Total cases in China were about 82,000 with fatalities of about 3,500.

This compares with 315,000 cases in the U.S. and 8,500 fatalities. Things are now almost back to normal in China, while the rest of the world struggles with far worse results. That’s the Chinese narrative.

And every part of it is a lie.

The Chinese infection rate and number of fatalities were probably 10 times what they reported. Bodies were swept up off the streets of Wuhan and burned in crematoria without counting them in the official numbers.

People were captured in nets and dragged to detention centers where many died, also without being counted.

Hospital floors were covered in blood, vomit and bodily fluids. Doctors and nurses were traumatized by what they experienced to the point of tears and nightmares.

There’s ample proof that the Chinese are lying. Here’s strong evidence: China’s Ministry of Industry and Information Technology reported that the number of cellphone users dropped by 21 million in February 2020 compared with November 2019.

Cellphone use in China has expanded exponentially for years, but suddenly it dropped by 21 million. This does not mean that 21 million people died. But it allows a reasonable inference that millions either died or were infected or were associated with businesses that closed their doors and discontinued service.

Whatever the particulars, it paints an entirely different picture than the 82,000 “official” infections.

When truth is suppressed in one venue, it usually pops up in another. The Chinese Ministry of Industry was not on the front lines of health reporting. They made the mistake of telling the truth. We can draw strong inferences from that.

You can bet that the ministry won’t be allowed to make that mistake again. In their next report, they’ll start lying like the rest of the Chinese government.

The Chinese are notorious for lack of quality control, so an accidental leak is most likely. Yet a laboratory source would explain China’s strenuous efforts to cover up the origin and push alternative propaganda.

U.S. intelligence has confirmed the Chinese lies and cover-up.

China needs to be held accountable or this will surely happen again. In any case, the China-U.S. economic relationship will never be the same. It’s not too late to get out of Chinese stocks and China investment.

The supply chain is coming home. It was never a good idea to outsource so much critical industry to a nation like China. China is not Canada.

But that’s something we’ll have to deal with later. In the meantime, we’re all just trying to survive.

Let’s pray that we do, both physically and economically.