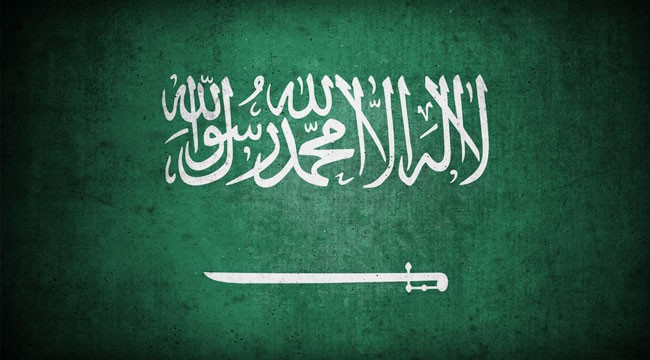 To the politicians in DC and financiers in New York, Saudi Arabia is an island of stability in a sea of chaos.  A reliable ally, willing to keep the oil flowing, year in and year out.  A place that’s not vulnerable to the instability that routinely guts the countries around it.

Of course, that line of thinking is utterly misguided.  The opposite is true.

In reality, Saudi Arabia is extremely fragile and much of the chaos we see in the Middle East is due to the way Saudi Arabia avoids falling to pieces.  Worse, we are largely to blame for this.  We go along with this charade, and our willingness to play along is doing much of the damage.

To understand why this illusion Saudi stability is so toxic, let’s dig into a very smart idea from thermodynamics called dissipative structures.  In fact, the idea was so good that won Ilya Prigogine the Nobel prize in Chemistry.  Prigogine’s idea provides us with insight into how everything from how biological structures (e.g. bacteria, apes…) to natural phenomena (e.g. tornadoes) to social systems (e.g. nation-states) build order and prevent collapse.

The important part of this idea for us, is that all dissipative structures grow by exporting or expelling waste products into an external environment.  In other words, they achieve “order” by getting rid of the disorder produced by building it.

Here it is in very simple terms.  Within biological structures, eating produces the energy needed to build and maintain an organism.  In turn, consuming food produces disorder in the form of feces.  Organisms expel feces into the outside world because holding onto it is dangerous.  The same process is true with almost all complex structures. With automobiles, it’s exhaust fumes. With complex social systems, it is everything from warfare to pollution.

We could spend all day on this idea, but let’s cut to the chase and apply this framework to Saudi Arabia.  Saudi Arabia is a particularly expensive dissipative structure because it is extremely rigid, anachronistic, and unchanging.   To maintain this archaic structure despite the titanic forces of globalization trying to pull it apart, it must export an incredible amount of disorder (entropy) into the surrounding region.  Disorder such as:

Obviously, this Saudi entropy has damaged everyone in the world.  It spreads violent instability throughout the world, from the terrorism of 9/11 to the violent ascent of ISIS in Syria, Iraq, Libya, Egypt, Pakistan…

Worse, the damage being done by Saudi Arabia is increasing with each passing year, as it attempts to defy the inexorable gravitational attraction of a fluid, dynamic, and tightly integrated global system.

This means that even if ISIS is defeated in the next couple of years, Saudi Arabia’s dysfunctional system will produce something worse soon thereafter.

This original post was first on my blog, Global Guerrillas, right here.