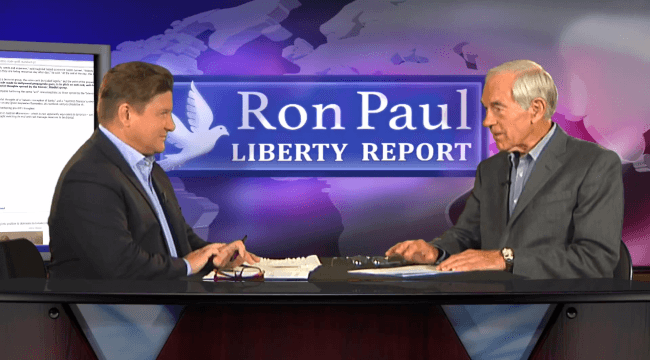 ISIS Gold Standard: Will it Work?

A bizarre new video purportedly released by ISIS features archival clips from several prominent Austrian and free-market economics thinkers, including Ron Paul, discussing the Federal Reserve and the end of the dollar.

Is this some sort of anti-gold propaganda, meant to suggest that anyone questioning the current Federal Reserve central banking system is on board with ISIS? Or is ISIS looking at the collapse of the dollar as a “second 9/11” as is said in the video.

More on this very strange development in today’s Liberty Report:

This article was originally posted at the Ron Paul Institute for Peace and Prosperity’s website, right here.