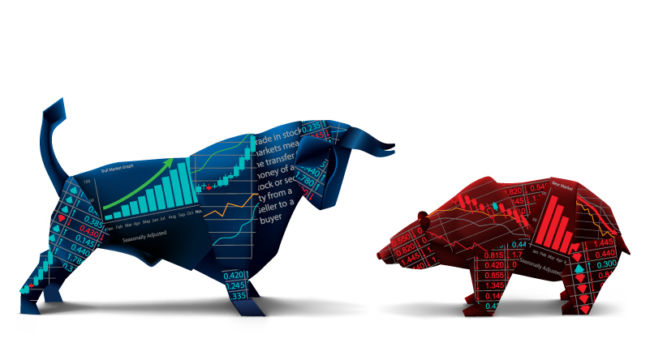 Is This the End?

Up airy mountain, down rushy glen the market has trekked this year…

Up in January, down February through March, up April through August, down again in October.

But after all its ups and all its downs… the market has gone backward.

Even with yesterday’s 401-point rebound, the Dow Jones is still negative for the year. So too is the S&P.

It is as if the stock market struck out on a thousand-mile expedition New Year’s Day.

Not only has it failed to make any headway in 10 months… it has gone the opposite direction.

It is even further behind than where it started.

A man with an index fund tracking the overall market has aged 10 months since New Year’s Day.

He is 10 months closer to the grave.

But he is no richer. In fact, he is poorer.

His most valuable commodity — his time — has been a wasting asset.

And he cannot tell if the market will start moving in his favor… or fall even further behind.

That is, he does not know if he will lose even more time.

The broad market has once again slipped into correction territory (a 10% drop from its most recent high).

What are the odds that a 10% correction cascades into a 20% bear market? Or possibly a 50% conflagration?

Answers in a moment.

But first the news…

The Commerce Department released the latest GDP numbers this morning.

They reveal the economy expanded at a sturdy 3.5% annualized rate last quarter.

But the two quarters nonetheless represent the strongest consecutive quarters since 2014.

The U.S. economy has now turned in six consecutive quarters of growth exceeding 2%… and is on pace to attain 3% growth for the year.

Importantly, the latest numbers should keep the Federal Reserve on groove to raise rates in December and beyond.

“Investors should anticipate a 25 [basis point] rate hike in December and at least three more in 2019.”

Today the market is placing the odds of a December hike at roughly 70%.

The Dow Jones was down another 296 points today. The S&P dropped another 47.

In reminder, the market has once again entered correction territory.

But what about the hearty GDP report? Why could stocks find no bid?

“The earnings are not coming in as great as people had suspected,” laments King Lip, chief strategist at Baker Avenue Asset Management.

“For Amazon specifically,” he adds, “forward guidance was surprisingly light.”

Given Amazon’s bigfoot-scale footprint on commerce, do we have an omen of leaner times ahead?

But returning to the question of the day…

What are the chances that a 10% correction cascades into a vicious bear market (a decline of 20% or more)?

Ritholtz Wealth Management’s Ben Carlson has opened the history books in pursuit of the answer.

Using data stretching back to 1928, his researches revealed the following information…

That is, roughly 58% of the time corrections failed to stir the hibernating bear.

Ten-percent corrections have — however — led to bear markets some 42% of the time.

Forty-two percent is less than even odds, it is true.

But please, grab a pistol. Place the end of the barrel against your temple.

Would you pull the trigger, confident that it only had a 42% chance of going off?

History has recorded 36 bear markets since 1900, according to Ned Davis Research.

Statistically, you can therefore expect one every 3.3 years.

But one full decade has lapsed since the last bear market… and the clock ticks.

But financial analyst and journalist Mark Hulbert gave the numbers a deeper working over:

I took 26into account dividends and inflation, which is important because analyses based on price action alone exaggerate bear market recovery times.

How much time does the stock market require to recapture its bullish height after a bear market onsets?

Assume for one moment the present correction stumbles into a bear market.

You could therefore expect the market to regain its previous highs in early 2022 — if the analysis holds.

That is, you must first put in 3.2 years upon the hamster wheel, going precisely nowhere.

Like love long lost… these 3.2 years you can never recover.

But we close on a positive note.

Even if the correction does end in a bear market, the odds of a 50% collapse are a slender 6.4%.