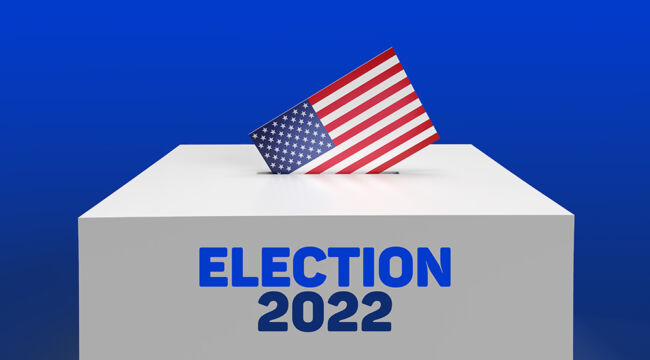 Nearly a week after the midterm elections, many races remain undecided.

Election Day has turned into election month under the new system of early voting and mail-in voting that became institutionalized during the 2020 presidential election, when COVID changed the way elections were held.

What do we know as of today?

It’s clear that a “red wave” that would have resulted in massive electoral victories for Republicans didn’t materialize.

The Democrats will hold the Senate since they won key races in Arizona and Nevada. Next month’s runoff election in Georgia is now much less significant because even if the Republican candidate Herschel Walker wins, it won’t shift the balance of power in the Senate.

The Democrats remain in control.

And the longer the ballot-counting process drags out, the more it favors Democrats.

The new voting system favors Democrats for a number of reasons. Many people believe it’s because Democrats are committing widespread fraud to win elections. While fraud may play a role in some cases, a far less sinister explanation is often more likely.

Democrats have simply taken advantage of the rules governing how elections are being held in many states, while Republicans haven’t. Democrats simply have a better “ground game.”

They encourage their voters to vote early with mail-in ballots. They can then run targeted campaigns directed toward certain voters to get them to turn out on Election Day itself.

Evidence indicates that Democrat ad campaigns that painted Republicans as extremists who would throw women in prison for having abortions and who were a threat to democracy itself created high Election Day turnout.

The net result is that Democrats got a large proportion of their voters to vote this election cycle, including the marginal voter who might not normally turn out on Election Day itself.

Republicans Are Playing by the Old Rules

Republicans, on the other hand, discourage early voting and encourage their voters to turn out on Election Day proper. But there’s always going to be a percentage of voters who don’t make it out on Election Day, for a variety of reasons.

And even if same-day voter turnout is high, as it was in Maricopa County in Arizona, that may reduce actual votes because many people aren’t prepared to wait two hours in line to vote. They have to get back to work, pick up their kids from school, etc.

Throw in “glitches” with machines that produce Election Day chaos, which also happened in Maricopa County, and you might have tens of thousands of voters who intended to vote on Election Day, but never did.

Voters in Maricopa were told the machines weren’t working or that the printers ran out of paper, etc., and that they had to go vote somewhere else. Around 20% of the polling stations in Maricopa County suffered glitches.

I leave that for you to decide for yourself. I can’t say definitively myself.

Both depended heavily on same-day voter turnout. Masters has already lost and Lake is in serious trouble.

Did same-day voter suppression, intentional or unintentional, cost them their elections? We don’t have all the answers yet, but it’s possible.

Either way, it’s clear that Democrats have rigged the system in their favor in many states, and are taking advantage of the new rules to swing elections their way.

It’s not fraud, although again, fraud is likely involved in some cases. It’s mostly changing the rules in your favor and taking advantage of them to maximize your vote. In other words, it’s good old-fashioned hardball politics.

There are other problems with early voting and mail-in ballots that do invite outright illegality and fraud, which clearly need to be addressed. But that’s for another day.

So where do things stand today, assuming the Republicans manage to win control of the House?

One of the points I made in my pre-election analysis is that it didn’t really matter which party won from a policy perspective because so many of Biden’s policies were already in stone and beyond the ability of any Congress to change in the short run.

New legislation, if there were any, could be vetoed. If we end up with the House controlled by Republicans and the Senate controlled by Democrats (the likely outcome), there might not be any legislation at all because of partisanship and an inability to compromise.

More to the point, Biden could rule by executive order and bureaucratic inertia and not need the Congress at all. In other words, the composition of Congress may not matter that much. And given Biden’s use of executive orders to limit energy production, for example, that’s disconcerting.

Biden is dropping hints that he’s running for reelection as president in 2024. This is not the first time that Biden has dropped such hints, but these are the most explicit.

He seems to think that the failure of the red wave to materialize represents an endorsement of his policies. It doesn’t.

I’d remind him that for House races nationwide, Republicans got about 7 million more votes than Democrats. That doesn’t seem like a very strong endorsement to me.

We can expect a formal announcement from Biden early next year. For the record, Biden will turn 80 years old next week.

Is Biden up for another term? Clearly not.

Biden exhibits signs of dementia almost daily. Dementia is a progressive condition, highly correlated with age, and irreversible with current medical treatments. Biden is already unfit for the presidency. His likely condition in 2029 will be unimaginably worse. Then there’s the simple matter of longevity.

The last president to die in office was John F. Kennedy in 1963. It’s not an eventuality the U.S. has faced in almost 60 years, and shines a harsh light on Kamala Harris who is not old but is not especially bright.

Still, we are heading down the path of having a senile octogenarian president who may die in office and be succeeded by an incompetent hack in a dangerous world.

As an investor, are you ready for that?