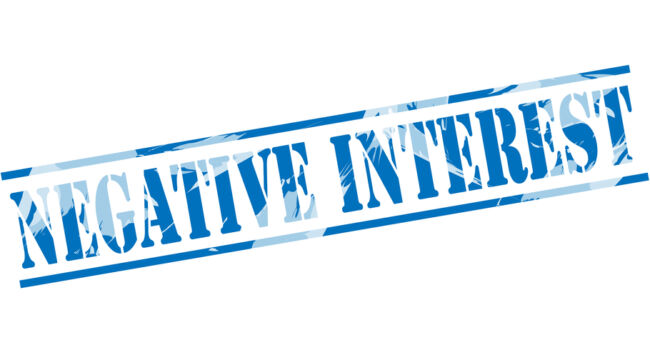 No negative interest rates — “for now.”

This we have on authority of the Federal Reserve chairman himself. For Mr. Powell announced yesterday that:

I know there are fans of the policy, but for now it’s not something that we’re considering. We think we have a good tool kit, and that’s the one that we will be using.

Like a fireman hosing a junior fire before it fans an inferno… Powell was out to stream freezing water upon all talk of them.

From one direction the president was pushing him…

On Tuesday Mr. Trump implored the Federal Reserve to “accept the GIFT” of negative interest rates.

From another direction the market was pulling him…

The futures markets had begun to project negative rates — by mid-2021.

What if Mr. Powell failed to swear off negative rates yesterday?

Silence often talks louder than talking itself. And markets may have heard a shout in his silence. It would have informed them that negative rates are truly in prospect.

The stock market would have begun to factor them. And it would have endured a severe letting-down if Powell failed to carry through. Do not forget:

“Forward guidance” is one of the implements in the fellow’s “tool kit.”

Its purpose is to telegraph rate policy — to wire a sort of advance weather report — so markets can chart a proper course.

An unexpected gust could knock them off their heading.

Yet the stock market is not the economy. And the economy is in for dirty weather.

Only additional easing will see it across the other side… or so we are told.

We are further told monetary policy is too tight for the challenge ahead — if you can believe it.

For all the measures taken by the Fed and fiscal authorities to counter the COVID-19 shock, policy remains too tight.

Yet rates are presently set to zero. How can monetary policy remain too tight?

It’s the Real Rate That Counts

If you’re an economist or analyst trying to forecast markets based on the impact of rates on the economy, then you need to focus on real rates.

Just so. What then is today’s real rate?

Thus the real rate is negative — but only slightly.

Nominal rates at the time were killingly high — 13%. But real rates? Once again, Jim Rickards:

It may flabbergast you, it may astound you. It may dynamite the bedrock upon which you stand.

And so comes the question: Are today’s rates negative enough?

Not according to Harvard economist Kenneth Rogoff…

You may recognize the name from these pages. That is because we have often brought him into ridicule.

He is perhaps the loudest drummer for negative interest rates — and the abolition of cash. And Mr. Rogoff believes today’s slightly negative real rate is inadequate to purposes.

The following is from a Reuters article, summarizing Rogoff’s position:

While core inflation excluding volatile energy prices was a healthier 1.4%, that fall in inflation could mean “real” interest rates are not deeply negative enough to swiftly revive the virus-hit economy as the Fed hopes.

To what depth should real rates sink?

Minus 3% — “or lower.” The blessings would spread wide, far and deep:

Negative rates of -3% or lower could lift firms, states and cities from default, boost demand and jobs and be a boon to many hobbled emerging economies too.

Assume for the moment this fellow is correct. Only deeply negative rates could work the trick. Yet Mr. Powell has declared against negative rates.

Can he nonetheless engineer negative real rates to push up the economy? How?

Look to the Balance Sheet

The aforesaid Stuart Sparks — of Deutsche Bank — lights the path:

“Further easing must be provided by the size and composition of the Fed’s balance sheet.”

That is, by additional quantitative easing.

As the gentlemen of Zero Hedge remind us, the Federal Reserve has made the previous estimation:

Let us assume the Federal Reserve takes aboard Mr. Rogoff’s counsel… and guns for a real -3% rate.

Recall, today’s real rate is -0.786% by our calculations. The Federal Reserve would need to sink the real rate at least two percentage points. Only then would it scrape -3%.

If $100 billion of quantitative easing approximates three basis points of rate cuts… the Federal Reserve would therefore require the equivalent of 66 rate cuts.

Thus it must empty a satanic $6.66 trillion onto the balance sheet.

And so the Federal Reserve could plunge real rates to -3% while nesting nominal rates at zero.

Will it come to pass?

We hazard no prediction. And we do not believe monetary policy can bring the economy back up.

We merely sketch a blueprint.

Is Mr. Powell prepared to balloon the balance sheet to a delirious $13.38 trillion?

Balance sheet expansion has a limit. An unknown limit — but a limit.

Drive past it and the dollar could crumble, all confidence lost.

And so we find Mr. Powell hung upon the hooks of a mighty dilemma…

In his mind he could:

A) Risk a dollar collapse by inflating the balance sheet to $13 trillion, or…

B) Risk a deeper economic collapse by failing to inflate the balance sheet to $13 trillion.

Our wager is on A…