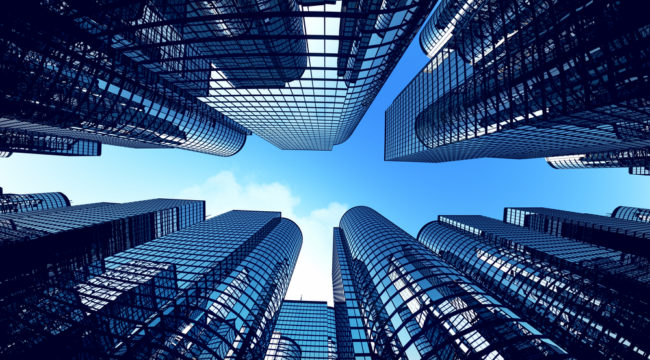 The market gods have stilled the troubled waters.

The index has surged some 1,300 points these past seven trading days.

The S&P and the Nasdaq have followed in step.

Wall Street’s “fear gauge,” VIX, has plunged below 13— its lowest reading since Feb. 1.

“What we are getting here is a series of breakouts,” exults Art Cashin, UBS director of floor operations at the New York Stock Exchange.

The S&P 500 is now above its 100-day moving average, which, if sustained, would be a psychological “win” for investors and could build further upside momentum for the U.S. markets.

All is peace… once again.

What has become of the recent market turbulence?

Has a white dove landed in the Middle East?

Have markets forgotten about a possible trade war?

Or perhaps markets have weighed the risks… and come to terms with them.

This is the apparent conclusion of Karyn Cavanaugh, senior market strategist at Voya Financial:

Perhaps there is some justice in this view.

And Washington will host fresh negotiations next week.

Meantime, the two Koreas bat eyes at one another… reducing fears of a military clash.

Trump has announced plans to withdraw from the nuclear deal.

But markets appear to be taking the news in easy stride — for the time being at least.

The Labor Department claimed unemployment dropped to 3.9%… its lowest point in 20 years.

It looks like the “goldilocks” jobs report last Friday may have gone a long way in helping the market to relax and take a breath.

Then we come to corporate earnings…

Thomson Reuters informs us 64% is the historical average.

Only 14% fell short of the expected glory.

S&P companies have purchased $158 billion of their own shares during the first quarter — a record pace.

And The Wall Street Journal informs us:

Of the 20 S&P 500 companies that spent the most on buybacks over the first quarter, nearly three-quarters have outperformed the index so far this year. The group has risen an average of 5.2% in 2018, compared with the S&P 500’s 1.9% gain, according to a Wall Street Journal analysis of S&P Dow Jones indexes data.

Its stock surged 13% the week following… and notched a 52-week high yesterday.

Apple is the largest American company by market value. It therefore exerts an outsized influence on markets.

Do they reflect a corporation’s productivity?

But they tend to lift the stock price — in the near run at least.

And shareholders are flighty birds.

They’ll wing off for greener opportunities if unsatisfied.

So the question lingers in the air:

Is the past week’s stock rally the sun peeking temporarily through the gloom?

Or is the gloom scattering… and are blue skies returning?