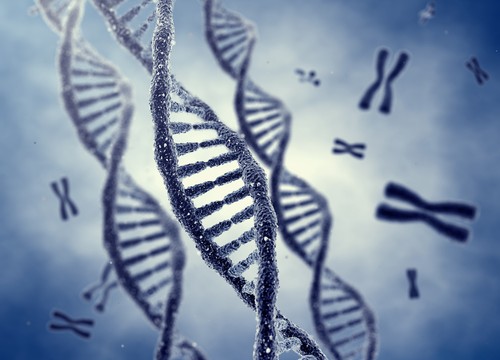 Is Genetically Modified Food Killing Us?

Last month, a group of Australian scientists published a warning to the citizens of the country, and of the world, who collectively gobble up some $34 billion annually of its agricultural exports. The warning concerned the safety of a new type of wheat.

As Australia’s number-one export, a $6-billion annual industry, and the most-consumed grain locally, wheat is of the utmost importance to the country. A serious safety risk from wheat — a mad wheat disease of sorts — would have disastrous effects for the country and for its customers.

Which is why the alarm bells are being rung over a new variety of wheat being ushered toward production by the Commonwealth Scientific and Industrial Research Organization (CSIRO) of Australia. In a sense, the crop is little different than the wide variety of modern genetically modified foods. A sequence of the plant’s genes has been turned off to change the wheat’s natural behavior a bit, to make it more commercially viable (hardier, higher yielding, slower decaying, etc.).

What’s really different this time — and what has Professor Jack Heinemann of the University of Canterbury, NZ, and Associate Professor Judy Carman, a biochemist at Flinders University in Australia, holding press conferences to garner attention to the subject — is the technique employed to effectuate the genetic change. It doesn’t modify the genes of the wheat plants in question; instead, a specialized gene blocker interferes with the natural action of the genes.

The process at issue, dubbed RNA interference or RNAi for short, has been a hotbed of research activity ever since the Nobel Prize-winning 1997 research paper that described the process. It is one of a number of so-called “antisense” technologies that help suppress natural genetic expression and provide a mechanism for suppressing undesirable genetic behaviors.

RNAi’s appeal is simple: it can potentially provide a temporary, reversible “off switch” for genes. Unlike most other genetic modification techniques, it doesn’t require making permanent changes to the underlying genome of the target. Instead, specialized siRNAs — chemical DNA blockers based on the same mechanism our own bodies use to temporarily turn genes on and off as needed — are delivered into the target organism and act to block the messages cells use to express a particular gene. When those messages meet with their chemical opposites, they turn inert. And when all of the siRNA is used up, the effect wears off.

The new wheat is in early-stage field trials (i.e., it’s been planted to grow somewhere, but has not yet been tested for human consumption), part of a multi-year process on its way to potential approval and not unlike the rigorous process many drugs go through. The researchers conducting this trial are using RNAi to turn down the production of glycogen. They are targeting the production of the wheat branching enzyme which, if suppressed, would result in a much lower starch level for the wheat. The result would be a grain with a lower glycemic index — i.e., healthier wheat.

This is a noble goal. However, Professors Heinemann and Carman warn, there’s a risk that the gene-silencing done to these plants might make its way into humans and wreak havoc on our bodies. In their press conference and subsequent papers, they describe the possibility that the siRNA molecules — which are pretty hardy little chemicals and not easily gotten rid of — could wind up interacting with our RNA.

If their theories prove true, the results might be as bad as mimicking glycogen storage disease IV, a super-rare genetic disorder which almost always leads to early childhood death.

Although Heinemann and Carman cannot provide rock-solid proof that the new wheat is harmful, they have produced a series of opinion papers that point to the possibilities that could happen if a number of criteria are met:

Then the wheat might cause very severe adverse reactions in humans.

Opinion papers like this — while not to be confused with conclusions resulting from solid research — are a critically important part of the scientific process. Professors Carman and Heinemann provide a very important public good in challenging the strength of the due-diligence process for RNAi’s use in agriculture.

However, we’ll have to wait until the data come back from the numerous scientific studies being conducted at government labs, universities, and in the research facilities of commercial agribusinesses like Monsanto and Cargill — to know if this wheat variety would in fact result in a dietary apocalypse.

But if the history of modern agriculture can teach us anything, it’s that GMO foods appear to have had a huge net positive effect on the global economy and our lives. Not only have they not killed us, in many ways GMO foods have been responsible for the massive increases in public health and quality of life around the world.

Nevertheless, the debate over genetically modified (GM) food is a heated one. Few contest that we are working in somewhat murky waters when it comes to genetically modified anything. At issue, really, is the question of whether we are prepared to use the technologies we’ve discovered.

In other words, are we the equivalent of a herd of monkeys armed with bazookas, unable to comprehend the sheer destructive power we possess yet perfectly capable of pulling the trigger?

Or do we simply face the same type of daunting intellectual challenge as those who discovered fire, electricity, or even penicillin, at a time when the tools to fully understand how they worked had not yet been conceived of?

In all of those cases, we were able to probe, study, and learn the mysteries of these incredible discoveries over time. Sure, there were certainly costly mistakes along the way. But we were also able to make great use of them to advance civilization long before we fully understood how they worked at a scientific level.

Much is the same in the study and practical use of GM foods.

While the fundamentals of DNA have been well understood for decades, we are still in the process of uncovering many of the inner workings of what is arguably the single most advanced form of programming humans have ever encountered. It is still very much a rapidly evolving science to this day.

While RNAi is not a panacea for GMO scientists — it serves as an off switch, but cannot add new traits nor even turn on dormant ones — the dawn of antisense techniques is likely to mean an even further acceleration of the science of genetic meddling in agriculture. Its tools are more precise even than many of the most recent permanent genetic-modification methods. And the temporary nature of the technique — the ability to apply it selectively as needed, versus breeding it directly into plants which may not benefit from the change decades on — is sure to please farmers, and maybe even consumers as well.

That is, unless the scientists in Australia are proven correct, and the siRNAs used in experiments today make their way into humans and affect the same genetic functions in us as they do in the plants. The science behind their assertions still needs a great deal of testing.

Still, their perspective is important food for thought… and likely fuel for much more debate to come. One thing is sure: the GMO food train left the station nearly a century ago and is now a very big business that will continue to grow and to innovate, using RNAi and other techniques to come.

Alex Daley
for The Daily Reckoning

Alex Daley is the senior editor of Casey’s Extraordinary Technology. In his varied career, he’s worked as a senior research executive, a software developer, project manager, senior IT executive, and technology marketer.

He’s an industry insider of the highest order, having been involved in numerous startups as an advisor to venture capital companies. He’s a trusted advisor to the CEOs and strategic planners of some of the world’s largest tech companies. And he’s a successful angel investor in his own right, with a long history of spectacular investment successes.