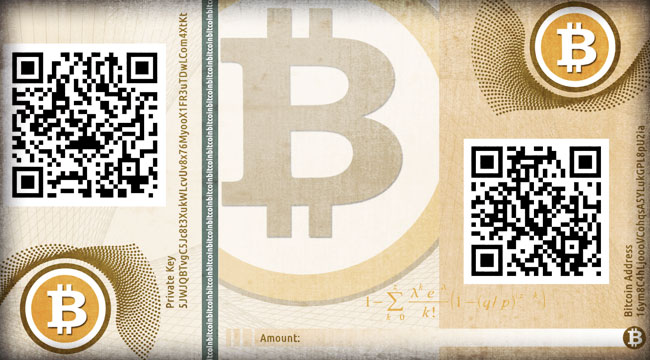 Is Bitcoin a Currency or Not?

Overstock raised eyebrows earlier this month when the retailer announced it would accept Bitcoin as payment. While Bitcoin has slowly been making inroads into the U.S. economy, Overstock is by far the largest, most mainstream company to tout the currency as a legitimate means of payment. And it definitely paid off, with Patrick M. Byrne, the company’s CEO, tweeting:

Byrne launched Overstock.com in 1999. The company went public a few years later, in 2002, and now reports over a billion dollars in annual sales. It’s no Amazon.com — yet — but Byrne thinks that the decision to accept Bitcoin might make the company more desirable. In fact, he thinks the move could sway other retailers like Amazon to start accepting Bitcoin or lose customers, telling CNN:

“Yes, I actually think that this forces the hand of Amazon and some other big players. They have to follow suit. You will see them follow suit, I’ll be stunned if you don’t, because they can’t just cede that part of the market to us, if we’re the only main, large retail site taking Bitcoin. Either they have to start taking it, or they’re just giving away a piece of the market.”

I was curious to see how easy it was to pay for Overstock purchases in Bitcoin so I popped over to the site, loaded up my cart (yes, for real) and headed to the checkout. And there it was, a click away (assuming, of course, that I had Bitcoin to spend) just as easily as paying with a credit card, gift card, Paypal, cash or other cash equivalent.

It makes sense, right? Bitcoins are largely considered digital currency (or “crypto currency”) so you’d expect it to be treated like currency on a retail web site. But the Internal Revenue Service might not think so. We don’t know since they haven’t said a meaningful word about Bitcoin.

Their silence hasn’t gone unnoticed. The National Taxpayer Advocate (NTA) has weighed in, citing the lack of clarification over tax treatment of digital currencies like Bitcoin, as one of the IRS’ Most Serious Problems of the year. The NTA noted in her report to Congress that, in the four months between July and December 2013, Bitcoin usage has increased by over 75% while the market value of Bitcoins in circulation increased more than ten-fold. Despite the virtual explosion in popularity, the IRS “has yet to issue specific guidance addressing the tax treatment or reporting requirements applicable to digital currency transactions.”

The IRS, the NTA asserts, has yet to answer a number of serious tax questions about Bitcoin and other forms of digital currency, including:

Even after the report, IRS has remained mum on the subject. Here’s what’s at stake:

If, however, Bitcoin is treated as currency — like other forms of cash — then ordinary income would apply to any gains or losses as a result of fluctuating values. The net income investment tax (3.8%) might also apply to taxpayers at the top pushing the rate as high as 43.4% (39.6% + 3.8%).

The difference between the two is huge. Depending on your tax bracket, the swing can be more than 20%.

Most tax pundits have speculated that IRS will land on the side of capital gains. The Winklevoss twins (yes, those Winklevoss twins, the ones from Facebook) are banking on it. Their Bitcoin investments are soaring and in their July filing with the Securities and Exchange Commission for their Winklevoss Bitcoin Trust, they note that “[t]here are no regulations, rulings or other authority that address the U.S. federal income tax treatment of Bitcoins” and suggest that “[u]nder one reasonable approach, a Bitcoin should be treated as a capital asset (and not as ‘currency’).” And, since the IRS hasn’t said otherwise, they intend to treat Bitcoin as a capital asset.

I tend to agree with that analysis. But here’s where Overstock’s move to accept Bitcoin may make a difference.

So far, the IRS has remained painfully silent — despite the complaining — while the über rich pay tax advisors to make a whole lot of predictions. But I’m guessing those same folks aren’t shopping on Overstock. Overstock is necessarily making this an ordinary taxpayer issue. It’s bringing Bitcoin out of the shadows and right in the middle of a retail spotlight. That’s likely to up the pressure on IRS to issue some guidance sooner rather than later.

Overstock is bringing Bitcoin out of the shadows and right in the middle of a retail spotlight.

But labeling Bitcoin as a capital asset means that when a taxpayer spends Bitcoin in the retail setting, he or she is triggering a gain or a loss. For tax professionals, that makes sense. But for someone just shopping for patio furniture (reportedly the first asset purchased on Overstock.com with Bitcoin)? It could be unexpected. And since Bitcoin doesn’t exactly leave a paper trail — no forms 1099-B issued by financial institutions — it may be difficult to figure cost basis.

And let’s face it. When you’re checking out at Overstock, your options don’t involve paying in gold, shares of Apple or other investment items. As noted earlier, your other payment options are strictly a form of cash or cash equivalent. That feels like it’s the same as currency.  To be fair, it’s not much more clear to label it as currency.

See how confusing this issue is for taxpayers?

And the longer the IRS waits, the more confusing it could get: other countries are taking positions on how to treat Bitcoin that might not be consistent with the IRS’ position. Singapore plans to treat Bitcoin like a product subject to its goods and services tax, neither currency nor pure capital gains (Singapore doesn’t tax capital gains). Germany considers Bitcoin as “personal money” while Slovenia indicated that money is money no matter what form.

A lack of guidance — and an abundance of confusion — isn’t an excuse for opting out altogether. While it’s tempting to put your head in the sand, you can’t ignore that buying, selling, spending and trading Bitcoin has tax consequences even if we don’t all agree on the exact nature of those tax consequences. The key is to take a position that makes good tax sense and stick to it — just like the Winklevoss twins.

The IRS won’t stay silent on this issue forever. It’s well-settled that compliance rates are better when there is a paper trail. The IRS loves forms. Loves them. And third party reporting with forms 1099 or other systems make it more likely that dollars or, er, Bitcoin will show up on a tax return.

Ed Note: Who knows when the IRS will give us their two cents on the Bitcoin issue, but when they do we will be right there to let you know. Sign up for our FREE Laissez Faire Today newsletter now to get up to date information on Bitcoin and much more.

Kelly Phillips Erb is an attorney for The Erb Law Firm, P.C. in Philadelphia, PA, where she focuses on tax law for businesses and families. She is also a freelance author and writer. She is the author of the popular Taxgirl blog on Forbes.com. The blog has been recognized by the American Bar Association Journal as one of the top 100 blogs written by lawyers for the past four years running.