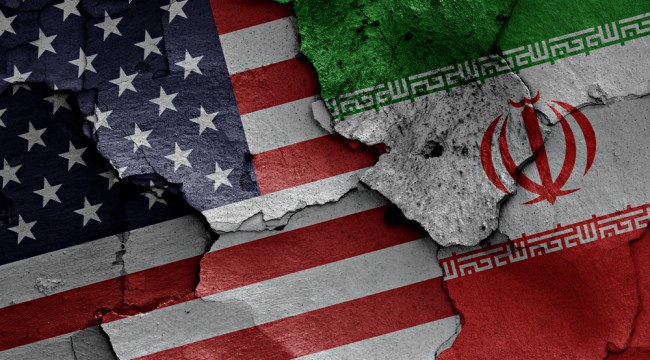 Iran Accord, War and the Doomed Dollar

US President Barack Obama has given an extraordinary ultimatum to the Republican-controlled Congress, arguing that they must not block the nuclear accord with Iran. It’s either “deal or war,” he says.

In a televised nationwide address on August 5, Obama said: “Congressional rejection of this deal leaves any US administration that is absolutely committed to preventing Iran from getting a nuclear weapon with one option: another war in the Middle East. I say this not to be provocative. I am stating a fact.”

The American Congress is due to vote on whether to accept the Joint Comprehensive Plan of Action signed July 14 between Iran and the P5+1 group of world powers –the US, Britain, France, Germany, Russia and China. Republicans are openly vowing to reject the JCPOA, along with hawkish Democrats such as Senator Chuck Schumer. Opposition within the Congress may even be enough to override a presidential veto to push through the nuclear accord.

In his drastic prediction of war, one might assume that Obama is referring to Israel launching a preemptive military strike on Iran with the backing of US Republicans. Or that he is insinuating that Iran will walk from self-imposed restraints on its nuclear program to build a bomb, thus triggering a war.

But what could really be behind Obama’s dire warning of “deal or war” is another scenario — the collapse of the US dollar, and with that the implosion of the US economy.

That scenario was hinted at this week by US Secretary of State John Kerry. Speaking in New York on August 11, Kerry made the candid admission that failure to seal the nuclear deal could result in the US dollar losing its status as the top international reserve currency.

“If we turn around and nix the deal and then tell [US allies], ‘You’re going to have to obey our rules and sanctions anyway,’ that is a recipe, very quickly for the American dollar to cease to be the reserve currency of the world.”

In other words, what really concerns the Obama administration is that the sanctions regime it has crafted on Iran — and has compelled other nations to abide by over the past decade — will be finished. And Iran will be open for business with the European Union, as well as China and Russia.

It is significant that within days of signing the Geneva accord, Germany, France, Italy and other EU governments hastened to Tehran to begin lining up lucrative investment opportunities in Iran’s prodigious oil and gas industries. China and Russia are equally well-placed and more than willing to resume trading partnerships with Iran. Russia has signed major deals to expand Iran’s nuclear energy industry.

American writer Paul Craig Roberts said that the US-led sanctions on Iran and also against Russia have generated a lot of frustration and resentment among Washington’s European allies.

“US sanctions against Iran and Russia have cost businesses in other countries a lot of money,” Roberts told this author.

“Propaganda about the Iranian nuke threat and Russian threat is what caused other countries to cooperate with the sanctions. If a deal worked out over much time by the US, Russia, China, UK, France and Germany is blocked, other countries are likely to cease cooperating with US sanctions.”

Roberts added that if Washington were to scuttle the nuclear accord with Iran, and then demand a return to the erstwhile sanctions regime, the other international players will repudiate the American diktat.

“At that point, I think much of the world would have had enough of the US use of the international payments system to dictate to others, and they would cease transacting in dollars.”

The US dollar would henceforth lose its status as the key global reserve currency for the conduct of international trade and financial transactions.

Former World Bank analyst Peter Koenig says that if the nuclear accord unravels, Iran will be free to trade its oil and gas — worth trillions of dollars — in bilateral currency deals with the EU, Japan, India, South Korea, China and Russia, in much the same way that China and Russia and other members of the BRICS nations have already begun to do so.

That outcome will further undermine the US dollar. It will gradually become redundant as a mechanism of international payment.

Koenig argues that this implicit threat to the dollar is the real, unspoken cause for anxiety in Washington. The long-running dispute with Iran, he contends, was never about alleged weapons of mass destruction. Rather, the real motive was for Washington to preserve the dollar’s unique global standing.

“The US-led standoff with Iran has nothing to do with nuclear weapons,” says Koenig. The issue is: will Iran eventually sell its huge reserves of hydrocarbons in other currencies than the dollar, as they intended to do in 2007 with an Iranian Oil Bourse? That is what instigated the American-contrived fake nuclear issue in the first place.”

This is not just about Iran. It is about other major world economies moving away from holding the US dollar as a means of doing business. If the US unilaterally scuppers the international nuclear accord, Washington will no longer be able to enforce its financial hegemony, which the sanctions regime on Iran has underpinned.

Many analysts have long wondered at how the US dollar has managed to defy economic laws, given that its preeminence as the world’s reserve currency is no longer merited by the fundamentals of the US economy. Massive indebtedness, chronic unemployment, loss of manufacturing base, trade and budget deficits are just some of the key markers, despite official claims of “recovery.”

As Paul Craig Roberts commented, the dollar’s value has only been maintained because up to now the rest of the world needs the greenback to do business with. That dependency has allowed the US Federal Reserve to keep printing banknotes in quantities that are in no way commensurate with the American economy’s decrepit condition.

“If the dollar lost the reserve currency status, US power would decline,” says Roberts. “Washington’s financial hegemony, such as the ability to impose sanctions, would vanish, and Washington would no longer be able to pay its bills by printing money. Moreover, the loss of reserve currency status would mean a drop in the demand for dollars and a drop in willingness to hold them. Therefore, the dollar’s exchange value would fall, and rising prices of imports would import inflation into the US economy.”

Doug Casey, a top American investment analyst, last week warned that the woeful state of the US economy means that the dollar is teetering on the brink of a long-overdue crash. “You’re going to see very high levels of inflation. It’s going to be quite catastrophic,” says Casey.

He added that the crash will also presage a collapse in the American banking system which is carrying trillions of dollars of toxic debt derivatives, at levels much greater than when the system crashed in 2007-08.

President Obama’s grim warning of “deal or war” seems to provide an answer. Faced with economic implosion on an epic scale, the US may be counting on war as its other option.

Finian Cunningham
for The Daily Reckoning

This article was republished at the Ron Paul Institute for Peace and Prosperity, right here.

Originally from Belfast, Ireland, Finian Cunningham (born 1963) is a prominent expert in international affairs. The author and media commentator was expelled from Bahrain in June 2011 for his critical journalism in which he highlighted human rights violations by the Western-backed regime. He is a Master’s graduate in Agricultural Chemistry and worked as a scientific editor for the Royal Society of Chemistry, Cambridge, England, before pursuing a career in journalism.