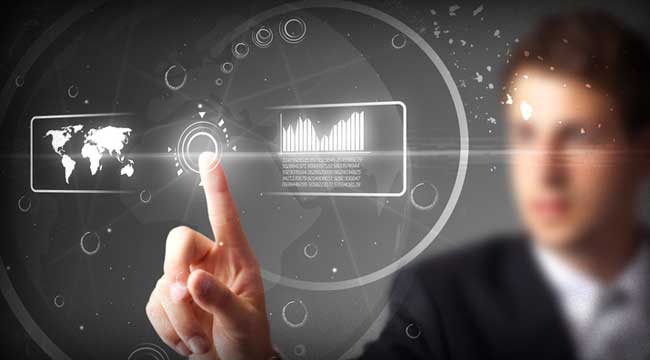 Investing in the New Captains of Industry

It’s a Saturday, and Chris Anderson’s daughters want to redecorate their dollhouse. They ask him to buy them new furniture. “I went online,” he says, “and quickly realized three things: (1) dollhouse furniture is expensive; (2) there is surprisingly little variety; and (3) the stuff your kids like is invariably the wrong size for your dollhouse.”

So with a little help from Dad, the girls then turn to making their own dollhouse furniture in only minutes, using a 3-D printer at home. “We may never buy dollhouse furniture again,” Anderson writes. “If you’re a toy company,” he adds with drama, “this story should give you chills.”

For the last 18 months, we’ve been wrestling with a conundrum: How is it that the U.S. energy industry is unlocking vast new stores of oil and gas… and the U.S. biotech industry is discovering how to turn back our biological clocks… at the same time Washington is setting new debt records and Wall Street is back to its old pre-2008 tricks?

Months ago, we made this “Tale of Two Americas” the central theme of the 2013 Agora Financial Investment Symposium, scheduled for this July in Vancouver. As part of our pre-conference research, we were compelled to track down Chris Anderson and talk with him face to face at the SXSW Interactive Festival — an offshoot of the annual South by Southwest gathering in Austin, Texas.

His daughters’ dollhouse furniture is a tiny ripple in the vast ocean of a home-brewed technological revolution that will change the world as we know it. “We went to Thingiverse, an online repository of 3-D designs that people have uploaded,” Anderson explains in his book Makers: The New Industrial Revolution. “Every furniture type we could want, from French Renaissance to Star Trek, was available, ready for the downloading. We grabbed some exquisite Victorian chairs and couches, resized them with a click to perfectly fit our dollhouse scale, and clicked ‘Build.’ Twenty minutes later, we had our furniture.”

No, the results weren’t very sophisticated. “Right now we can print plastic in only a few colors on our MakerBot. The finish is not as good as injection-molded plastic, and we can’t print color details with nearly as fine precision as the painting machines or stencils of Chinese factories.” But give it time, he says: Think back 30 years to the days when you printed two-dimensional documents on crude dot-matrix printers. “Just a generation later, we have cheap and silent inkjets that print in full color with resolution almost indistinguishable from professional printing.”

The future Chris Anderson envisions is about much more than using 3-D printers to make your own trinkets. It’s about opening the doors of entrepreneurship to anyone with a little imagination and an Internet connection.

It’s not only the “next big thing.” We daresay it’s the only thing that can overcome the crushing burden of debt that still looms like a snow ledge over the next generation of Americans. “Any genuine recovery in America,” we wrote in 2011, “will be led by entrepreneurs who generate new ideas and create new jobs.”

Enter Anderson’s new industrial revolution: “Transformative change happens when industries democratize,” he writes, “when they’re ripped from the sole domain of companies, governments and other institutions and handed over to regular folks. The technology to create and design new products is available to anyone today. You don’t need to invest in a massively expensive plant or acquire a vast workforce to turn your ideas into reality. Manufacturing new products is no longer the domain of the few, but the opportunity of the many.”

A Really Rotten Weekend With the Kids: How Chris Anderson Became a Leader of the Maker Movement

Chris Anderson has taken a roundabout journey to becoming the apostle of what’s now known as the Maker movement.

He was a college dropout and punk rocker who paid the bills working as a bicycle messenger. Then he went back to college, applied himself and earned a degree in computational physics from Berkeley. He began writing and editing for the scientific journals Nature and Science. Then he turned to general interest media, working a seven-year stint at The Economist, including a three-year assignment in China.

In 2001, he became the editor of Wired, the magazine that’s covered cutting-edge technology and its impact on the broader culture for the last two decades. He chronicled the Maker movement from its earliest stages. And over the last several years, he transformed from an observer to a participant to a leader of the movement.

An inveterate tinkerer, Anderson’s own foray into entrepreneurship began inauspiciously — in an utterly failed effort to entertain his kids one weekend in 2006. “One Friday, in the Wired offices, these two boxes arrive,” he tells us in a face-to-face interview. “We would always get products for review, and these two boxes show up. One was the brand-new Lego Mindstorms NXT 2006 kit, and the other one was a radio-controlled model airplane. I thought, ‘Best weekend ever, right? Saturday, we’re going to build a Lego robot with my kids, and Sunday, we’ll fly a plane.”

The Lego robot — a three-wheeled thingy — was a bust. “It moved forward until it saw a wall and then it backed up. And the kids were like, ‘You’ve got to be kidding me. We’ve seen Transformers. We know what robots are supposed to do. And where are the lasers? Why isn’t it walking?'”

The plane fared no better. “I flew it straight into a tree, because I suck at flying. I then climbed the tree to get it, which is mortifying.

“I was annoyed at them, I was annoyed at myself; the whole weekend had gone wrong. I was thinking about how it could have gone better. I thought, Well, the problem is we couldn’t build anything really cool with Lego, and the problem is it can’t fly. What if we could build a Lego thing that will fly the plane? I bet the Lego could have flown the plane better than I could have, and that would be cooler than this three-wheeled thing that bounces off walls.”

Then it dawned on him that with some of the other parts that arrived in the boxes that Friday, he could build a crude autopilot. “I came home, Googled ‘autopilots’ and understood a bit of the basics. Then I grabbed the kids and we sat at the dining room table and we built a Lego autopilot. And it worked. Kind of. It could kind of barely fly the plane.” Anderson and family had concocted the first Lego drone. It now sits in the Lego museum in Denmark.

The kids soon lost interest. Anderson did not. Long story short, his do-it-yourself drone experiment in 2006 became a website in 2007 called DIYDrones.com, and then became a company called 3D Robotics in 2009, selling both ready-made drones and drone kits for hobbyists. It has 70 employees in San Diego and Tijuana. Last year, the firm broke $5 million in revenue; this year, the figure is set to double. Anderson has quit the day job at Wired.

And nearly everything about his business embodies the organizing principles of the Maker movement.

Tune in tomorrow to find out how his business and countless others are gearing up to fly sky high.

Trump hasn’t been shy about squashing Sessions when he’s felt the need to do so. Today, Ray Blanco explains why billions in tax money and a million new jobs from the pot market could have Trump at odds with Sessions again.