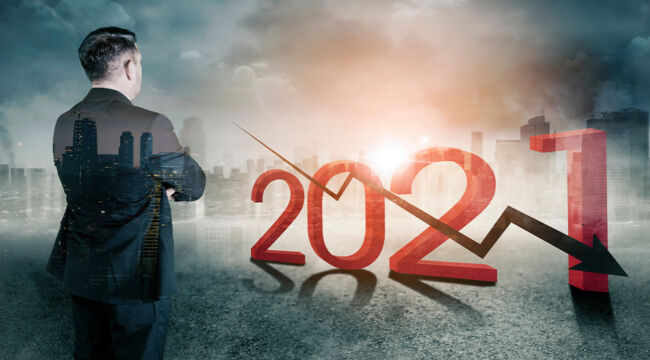 Interest Rates Are Heading Down

The biggest financial story today is fear of inflation. Inflation has spooked the bond market and raised expectations that the Fed will soon have to raise interest rates to fight inflation. Any increase in rates will also hurt stocks because stocks and bonds compete for investor dollars. If yields on bonds go up, prices on stocks will go down.

There’s no doubt that inflation expectations have been rising for months.

A spike in the April CPI core and non-core data reported on May 12 only added to the market narrative. This inflation spike roiled the bond markets.

The question for analysts was, why were rates rising? Why were markets expecting inflation?

The explanation was simple. Markets were watching the $900 billion Trump bailout in December, the $1.9 trillion Biden bailout in early March, and the announcement of plans for another $3 trillion bailout later this year.

The reasoning was, with that much money being pumped into the economy and with output capacity still limited by the pandemic shutdowns, inflation must be right around the corner. Rates rose in anticipation of inflation from all of the bailout spending.

But was there actual inflation? Not really. Skyrocketing lumber prices, for example, were primarily the result of lockdown-induced shortages, which would resolve themselves when lockdowns eased and supply chains reopened.

But over 76% of the bailout money was used either for savings or to pay down debt (which is economically the same thing as saving). Neither saving nor debt repayment constitutes new consumption. And, without consumption, there is no velocity and no upward pressure on prices.

The point is that rates were rising on inflationary expectations, but there was no actual inflation. Hard data (as opposed to Wall Street analysis) showed that most of the bailout money was not being spent.

Moreover, recent data shows the core PCE deflator (the Fed’s preferred inflation measure) was only 1.6%, well short of the Fed’s 2% goal (which they’ve failed to hit on a sustained basis for 13 years).

The 1.6% showing was well within the range that core PCE has exhibited for years. In other words, no inflation.

In short, interest rates were predicting inflation, but the data were saying: Not so fast! In fact, real inflation is as elusive as it’s been for over a decade.

The point is that the note market does back up from time to time. And when it does, it cannot hold the prior rate highs and eventually sinks to new rate lows.

The fact is today’s “high yields” are actually quite low and are much lower than the two interim peaks of the past three years.

Starting several months ago, my forecast predicted that eventually, markets would see that inflation was not emerging and that interest rates would beat a retreat. It looks like that’s happening now.

The Fed isn’t right often, but in this case, I believe they got it right. Year-over-year price gains off the low 2020 base are to be expected.

The April surge in CPI, reported on May 12, was driven predominately by base effects and energy prices. April 2020 marked one of the steepest output declines in U.S. history. Consumer prices plunged.

In April 2021, many of those prices have recovered, especially in travel, airfares, hotels, restaurants and other services that were almost completely shut down in 2020.

But the inflation numbers are also transitory because the 2020 output collapse was transitory. As we head into the third quarter of 2021, the new base will reflect the strong growth in Q3 2020.

That’s a much steeper hill to climb for inflation metrics.

The May CPI, which was released today, showed a 5% increase, which exceeded the consensus estimate of 4.7%. That’s a very high figure, but the 10-year Treasury yield backed up today.

That tells you the bond market isn’t expecting sustained inflation.

What about gold? The dollar price of gold had moved down in lockstep as the yield on the 10-year note rose. But I predicted yields would fall and that gold prices would regain their former shine.

You need to understand that gold looks so far ahead that investors often cannot see what the gold price is saying.

The rate/gold inverse correlation continues, except now it’s working in reverse with rates down and gold prices up. I expect this trend to continue because there are still no signs of sustained inflation on the horizon.

Inflation will come, but not right away.

This inflation will not be caused by so-called money printing alone. An expansion of the money supply without accompanying changes in saver psychology that affect velocity or other exogenous catalysts has little impact on consumer prices.

The driver of inflation is velocity, the turnover of money caused by lending and spending, which has been plunging for over ten years.

It requires a change in inflation expectations, which will not materialize until perhaps later next year.

In the short term, inflation will come down sharply, and the ten-year note yield will come down with it. Gold will rally, and stocks will breathe a sigh of relief.

Looking further ahead, gold is poised for major gains in response to inflation expected in 2022 and later.

Gold wins both sooner and later.